The Five Best Cinemas in Birmingham by Victoria Roberts 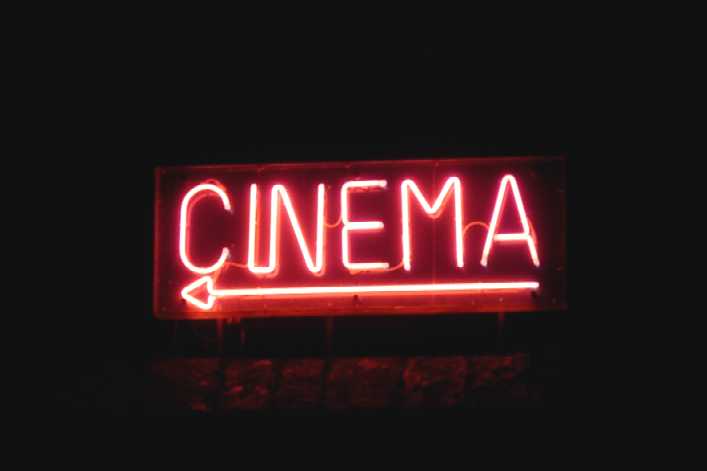 Although it may come as a surprise to some, Birmingham has a selection of fantastic cinemas that are easy to get to and hard to leave. Are the days of cinema over? Absolutely not. This list highlights the best of the best when it comes to cinemas across Birmingham.

In the midst of the hustle and bustle of the Mailbox, Everyman Cinema manages to create a sophisticated space that feels intimate and hidden away. The opportunity for a great evening is hard to avoid with the nearby restaurants and the promise of a delicious cocktail at the cinema’s impressive bar.

Approaching the cinema and seeing the retro looking lettering and clean exterior the sense of luxury is undeniable. Upon first walking inside you may question whether you accidently stumbled into a swanky bar, and not a cinema, but this is part of the luxurious feel of the place. Drinks are allowed into the cinemas themselves, but be aware that the price of ticket. There are, for those who want to come back again and again, memberships available providing discounts on tickets and drinks. The appeal of the comfortable sofa seating is hard to avoid.

Whilst during the evenings and beyond the cinema feels almost exclusively adult, during the day the whole family are more than welcome to take a seat in one of the screens and watch one or more of the selected films on offer. There are also screenings with subtitles for those who require it, more information on this can be found on their website. www.everymancinema.com/mailbox-birmingham 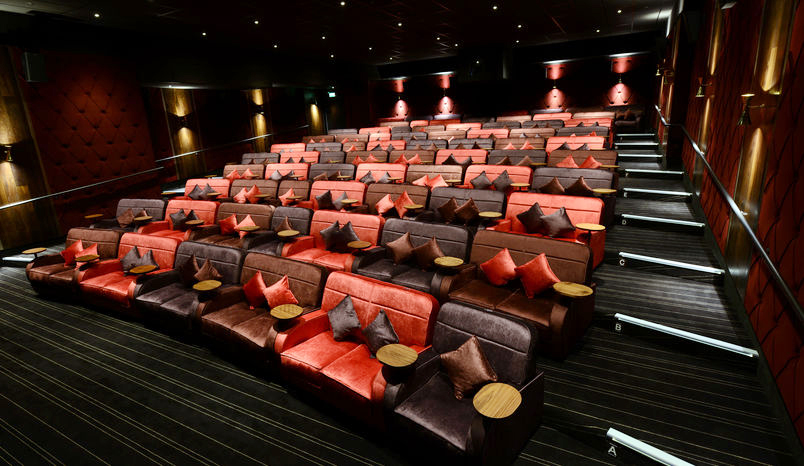 A fantastic option if you don’t fancy heading into the busiest part of the city. Mockingbird Cinema offers an intimate and modern cinema experience alongside a fantastic food kitchen. It is fantastic for a place such as this to cater for a variety of different dietary requirements, including vegan options and gluten free options too.

All these aspects culminate to create a friendly and relaxed atmosphere, perfect for ending any day of the week. Films include new releases and older or independent screenings, which show throughout the year. If screen size is important to you, however, you may find Mockingbird to be on the smaller side, not that you could fault it after having a delicious burger and a draught beer of course.

You’ll undoubtedly want to stay in the bar after having watched your chosen film, a wide variety of alcoholic and non-alcoholic options available, be wary of when the food stops serving however, and make sure you leave enough time to eat before the show starts.

The bar and seating area face into the centre of the Custard Factory allowing you to get a feel of the nature of the area which is definitely worth a visit and offers a far more enjoyable surrounding than you’ll find in many other parts of Birmingham. www.mockingbirdcinema.com 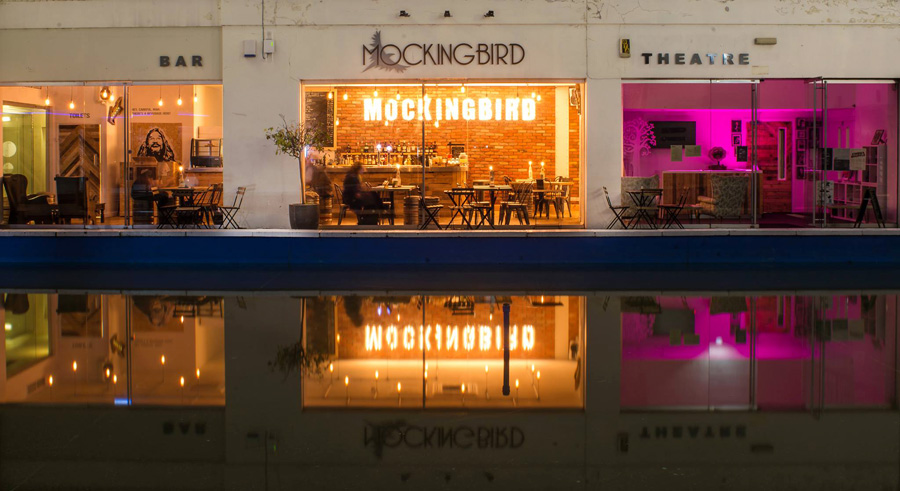 A historically significant gem makes this list, as the Electric is the oldest working cinema in the UK. Whilst from the outside the appearance suggests its age, the inside is a friendly and retro themed space with polite staff working at the box office and behind the bar. In keeping with its extensive history, the Electric shows a variety of new releases and older classics, which can be enjoyed with a cocktail and cake in your seat.

In fact, the variety of alternative snacks means you’re less likely to hear the sound of chomping popcorn all around you – a definite benefit. There are two seating options, with larger armchairs closest to the screen and more regular cinema seating making up the remaining space.

Returning to the bar at the end of the film, there are always special movie-themed cocktails and more traditional favourites available in the bar that has something to suit everyone. A great space to get away from the hectic city centre, with Grand Central New Street Station just across the road. www.theelectric.co.uk 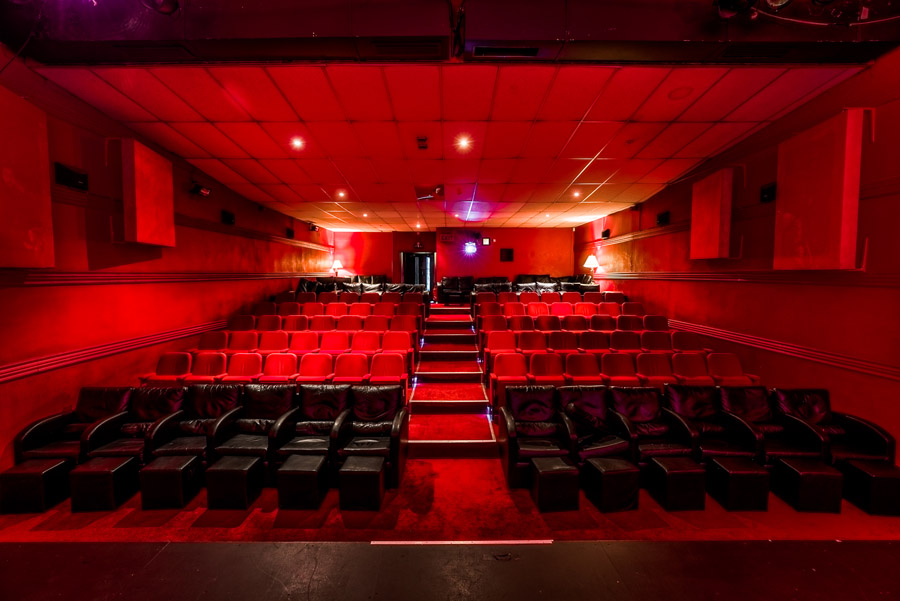 This is an option the whole family will enjoy. Whilst the mac is not exclusively a cinema and is instead more of an all inclusive arts centre, there is a great cinema space that shows a variety of films that will spark the interest of everyone.

From new releases to classic family films and even showings of theatre performances from companies such as the RSC, the choice is tremendous. Each month holds something new and exciting at a reasonable price. Those under 21 can enjoy ‘two4none’ cinema showings regularly, allowing two free tickets for the first screening of each film of the month.

Somewhat amusingly, only ‘quiet’ snacks are allowed into the cinema and whilst this means no popcorn, feel free to tuck into gummy worms or chocolate! Accessibility is emphasised throughout the whole of the mac, and the cinema is no exception to this. Subtitled, audio described and relaxed screenings (for those who need, or want, low lighting throughout the film and a lower volume of audio). Once the film is over, Cannon Hill Park is on the doorstep of the mac, and definitely worth a stroll. macbirmingham.co.uk/whats-on/cinema

The Odeon on New Street

Whilst this is not the only Odeon Cinema in Birmingham, the historical interest and ease of access put this branch on the list. Quite unknown to many, Odeon is a Birmingham brand created by Oscar Deutsch in the late 1920s. The Odeon on New Street, originally opened as a Paramount picture house in the mid 1930s.

With New Street being one of the biggest shopping street in Birmingham, is it located in an ideal spot to visit at any time and on any day of the week. Each showing usually has a good turn out, creating a great atmosphere for everyone. Just as with the rest of the Odeon chain, this cinema is extremely family friendly and has a Costa coffee, which is welcoming. The tickets are the best value of all of those, especially for concessions, on the list and the screen size is far from disappointing. http://www.odeon.co.uk/birmingham_new_street 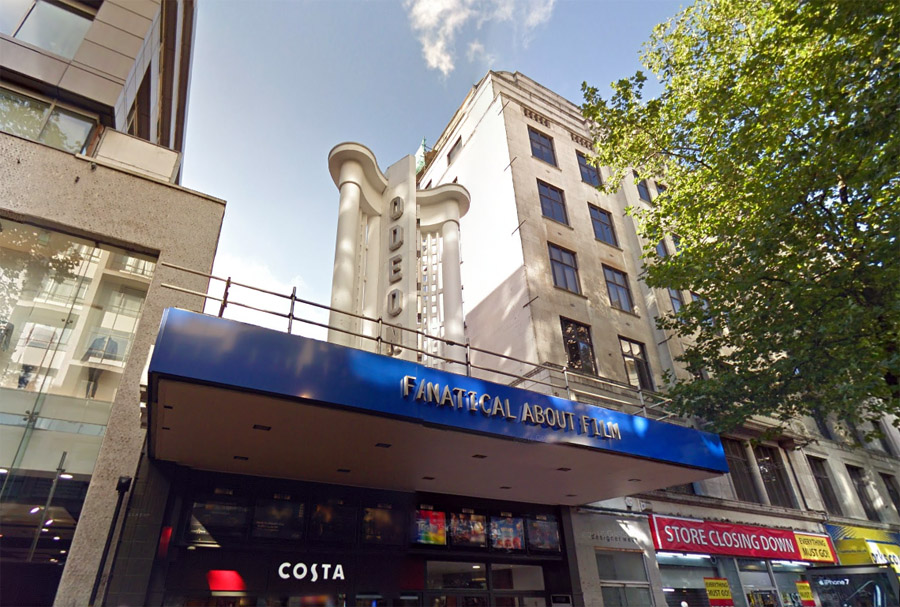 LikeTweetPinShareEmail
Subscribe to Newsletter
Categories: Around The Web, Reviews & Features, The Best of Brum
← PreviousNext →