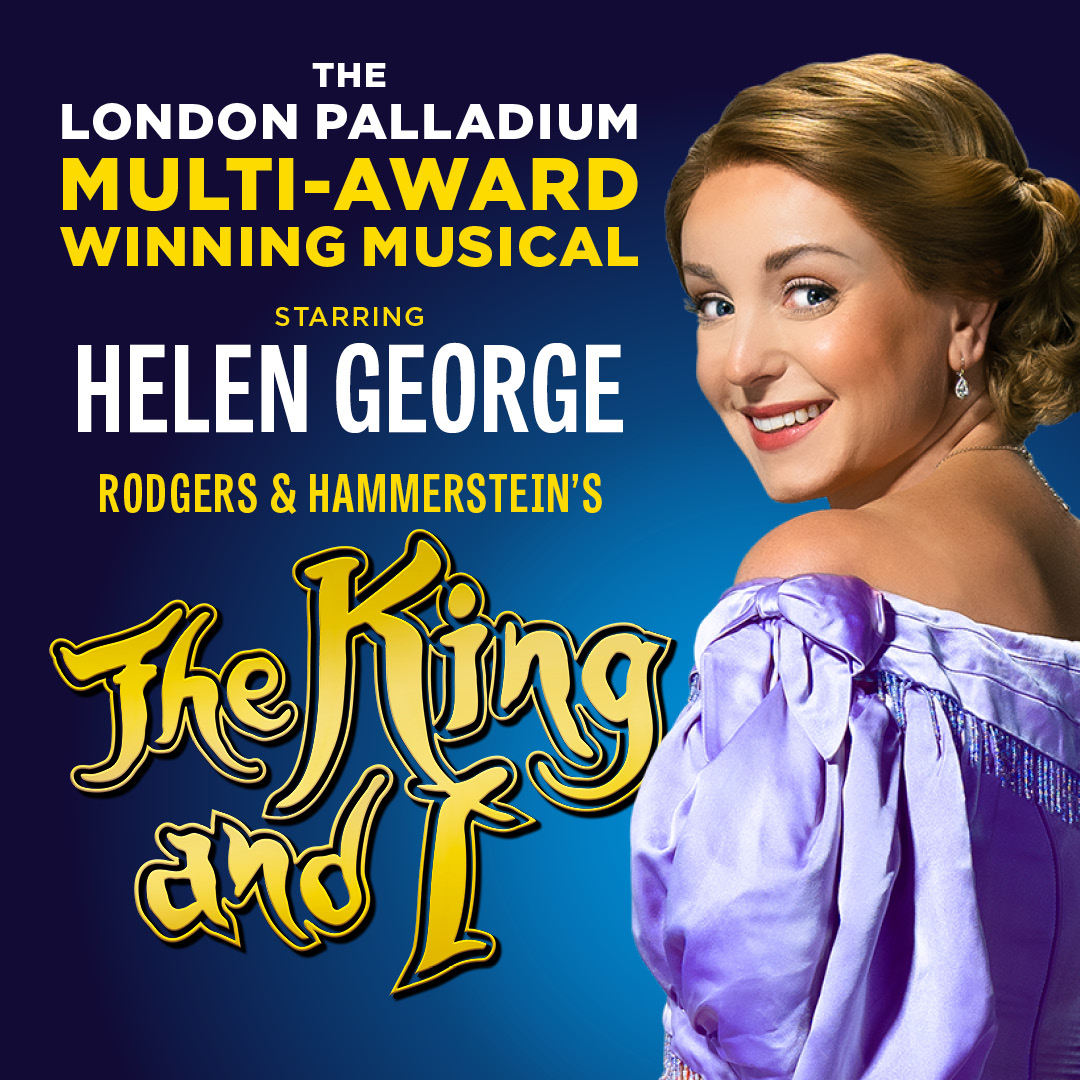 Helen George, known to millions for the past decade as Trixie in the hit BBC One series Call The Midwife, will star as Anna Leonowens in a major new UK tour of the beloved Rodgers and Hammerstein musical The King and I, at The Alexandra, Birmingham from 28 February to 4 March 2023. Having trained at the Royal Academy of Music and the Birmingham School of Acting, Helen’s musical theatre credits include Company, Love Never Dies and The Woman in White.

This gloriously lavish production will be brought to the stage by an internationally renowned creative team under Tony Award-winning director Bartlett Sher (South Pacific / My Fair Lady / To Kill a Mockingbird) and will feature a world-class company of over 50 talented performers and a full-scale orchestra.

Following a critically acclaimed Broadway smash-hit run, a sold-out season at the London Palladium (which resulted in the biggest global live event cinema release of 2018) and a previous record-breaking UK and International tour, this multi-Tony Award-winning production arrives in Birmingham February 2023.

Helen George said: “Theatre is my first love, and I am so excited to be returning to the stage for this beautiful, majestic production of The King and I. I was blown away when I saw Bartlett Sher’s staging of this wonderful show, so I can’t wait to work with him and the rest of the creative team to bring this timeless story back to the stage next year. Anna is such a strong, passionate and determined character, and I’m going to relish bringing her to life every night, as well as giving audiences all over the UK the chance to see this peerless Broadway and West End musical right on their doorstep.”

The critical acclaim for Bartlett Sher’s production has been phenomenal.  When the show opened at the London Palladium in 2018, West End critics heaped praise on the show: the Daily Mail “left the London Palladium on a bright cloud of music”, while the The Times awarded the show “Five stars for a sumptuous King and I” declaring it “a hit”. Daily Express hailed it “London’s theatrical event of 2018” whilst The Daily Telegraph concurred proclaiming the show “looks and sounds ravishing”. Another five stars were awarded from the Sunday Express and the Financial Times called it “simply spellbinding”.

The King and I is a sumptuous, timeless romance from the golden age of musicals, adored by the public and critics alike – and boasting one of the finest scores ever written, including Whistle a Happy Tune, Getting to Know You, and Shall We Dance.

Set in 1860s Bangkok, The King and I tells the story of the unconventional and tempestuous relationship that develops between the King of Siam and Anna Leonowens, a British schoolteacher whom the modernist King, in an imperialistic world, brings to Siam to teach his many wives and children.

Further casting for the UK tour will be announced soon.