Home » What's on » The Ripieno Players present a unique look at Vienna before, during, and after the First World War at B’ham Cathedral 16th Nov

The Ripieno Players present a unique look at Vienna before, during, and after the First World War at B’ham Cathedral 16th Nov 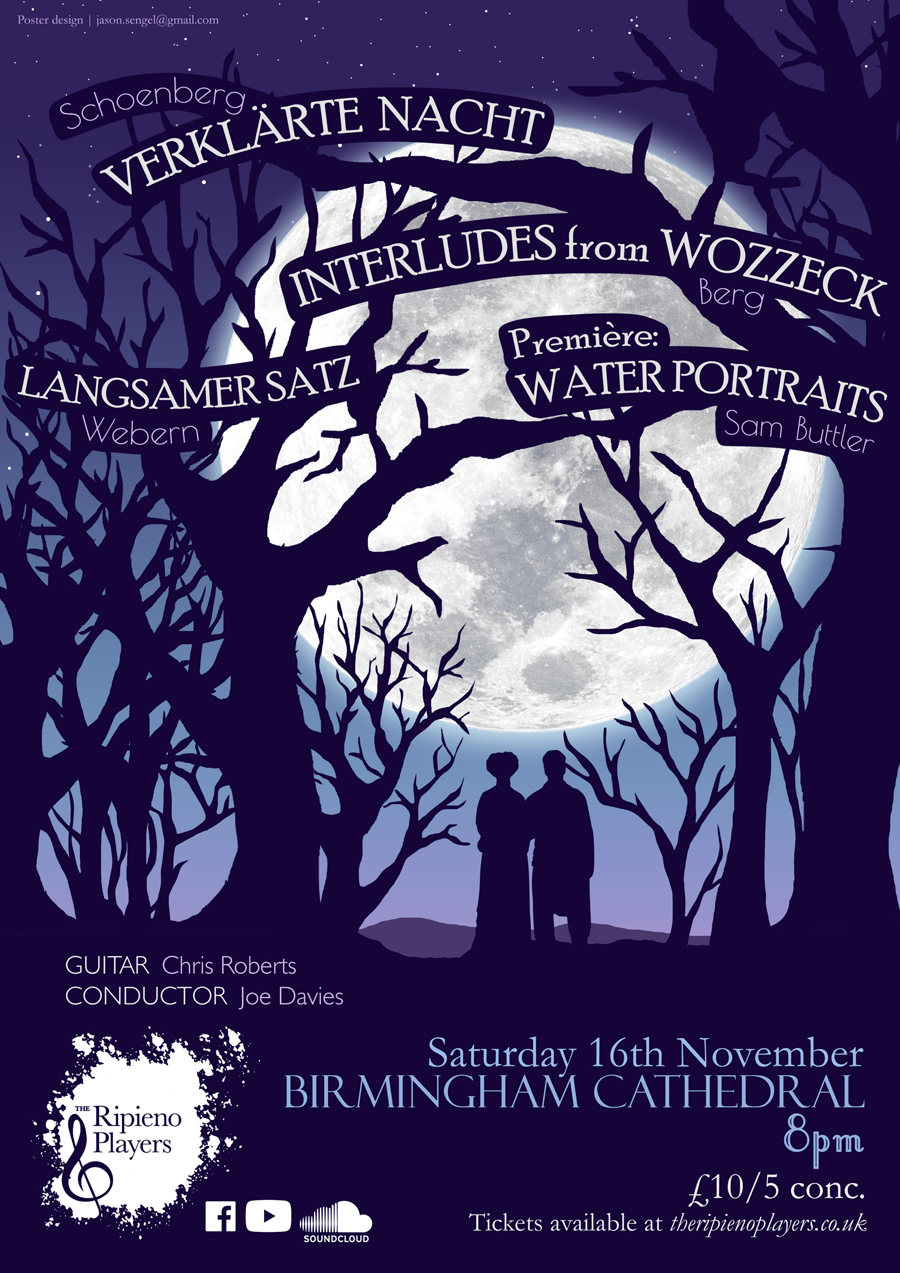 Schoenberg’s Verklärte Nacht and Berg’s Wozzeck Interludes, written either side of the First World War, remain the quintessential musical portraits of the night sky, both questioning the disturbing world that was unearthing (or had unearthed) around them.

Webern’s Langsamer Satz, a similar music offering to that of Schoenberg’s, also questions the state of the world at the turn of the 20th Century: its failure to be transformed into a four-movement String Quartet is emblematic of its negative outlook towards its outside world.

In today’s increasingly unfamiliar climate, these works are as relevant now as they were then, making a New Commission from Sam Buttler (Water Portraits) aptly complete an atmospheric night in Birmingham Cathedral 16th November 2019 at 8pm. Tickets £10/£5 conc.

‘The Ripieno Players are the cream of the crop’ – OxStu