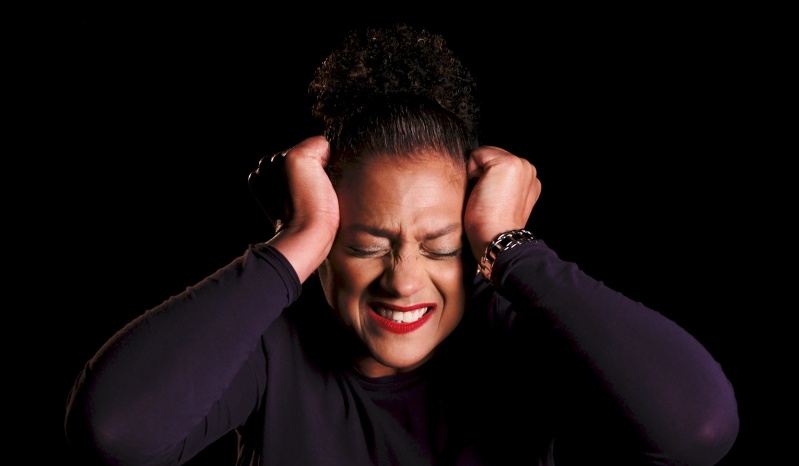 The tempestuous relationship between sex, anxiety and music comes to a head in a remarkable new production from one of Europe’s most exciting theatre directors, Calixto Bieito.

The String Quartet’s Guide to Sex and Anxiety will receive its world première at Birmingham Repertory Theatre from 12 – 19 May before embarking on an international tour to Brighton, Luxembourg, Bilbao and Holland.

Arguably the most sought-after European opera and theatre director of his generation, Calixto Bieito will direct a quartet of actors:Cathy Tyson, Mairead McKinley, Miltos Yerolemou and Nick Harris, alongside the award-winning The Heath Quartet. Together the eight artists will blend to recreate the melody of melancholy.

The String Quartet’s Guide to Sex and Anxiety is an exploration of the effects that the 21st Century is having on our mental wellbeing: an examination of minds, attitudes and how we live today, particularly in a very fast-moving digital world. It combines text from a variety of sources, including Robert Burton’s The Anatomy of Melancholy, first published in the 1620s, as well as a number of writers and philosophers. Music performed by The Heath Quartet will include Beethoven String Quartet No.15 in A Minor, Op. 132and Ligetti String Quartet No. 2.

Known for his radical reinterpretations of classic operas and plays, Calixto Bieito said:

“The String Quartet’s Guide to Sex and Anxiety is like a symphonic poem for a quartet of musicians, and a quartet of voices. It will consider the human condition today, and where anxiety and depression stem from.  The show will be about how the current times are affecting the quality of our lives as well as our fears, and I hope it will be both entertaining and enlightening.”

Calixto Bieito and The Heath Quartet previously worked together for Bieito’s 2013 production of Fidelio for ENO.  Charismatic and sought-after, The Heath Quartet won the 2016 Gramophone Chamber Award for their recording of the complete string quartets of Sir Michael Tippett, and in May 2013 became the first ensemble in fifteen years to win the prestigious Royal Philharmonic Society’s Young Artists Award. Formed in 2002 at the Royal Northern College of Music The Heath Quartet are: Oliver Heath (violin), Sara Wolstenholme (violin), Gary Pomeroy (viola) and Christopher Murray (cello).

BAFTA and Golden Globe-nominated actress Cathy Tyson is best known for her role in the multi-award winning film Mona Lisa and classic ITV drama series Band of Gold. On stage, Cathy has played many leading ladies from Cleopatra to Lady Bracknell with other credits including Golden Girls (RSC) and The Taming of The Shrew (Regent’s Park Open Air Theatre).

Miltos Yerolemou’s credits span film, television and stage and include Star Wars:The Force Awakens (Lucas film/Disney) and The Fool in King Lear (Birmingham Repertory Theatre, Talawa Theatre  and Royal Exchange Manchester); he is also known for his role as Syrio Forel in Game Of Thrones (HBO).

Mairead McKinley’s theatre credits include Filthy Business (Hampstead Theatre) and The Hour We Knew Nothing Of Each Other,Translations and Cyrano De Bergerac (National Theatre).

Nick Harris was recently in North by Northwest – a new production of the Hitchcock classic by Australian director Simon Phillips which opened at Theatre Royal Bath before transferring to the Royal Alexandra Theatre in Toronto.