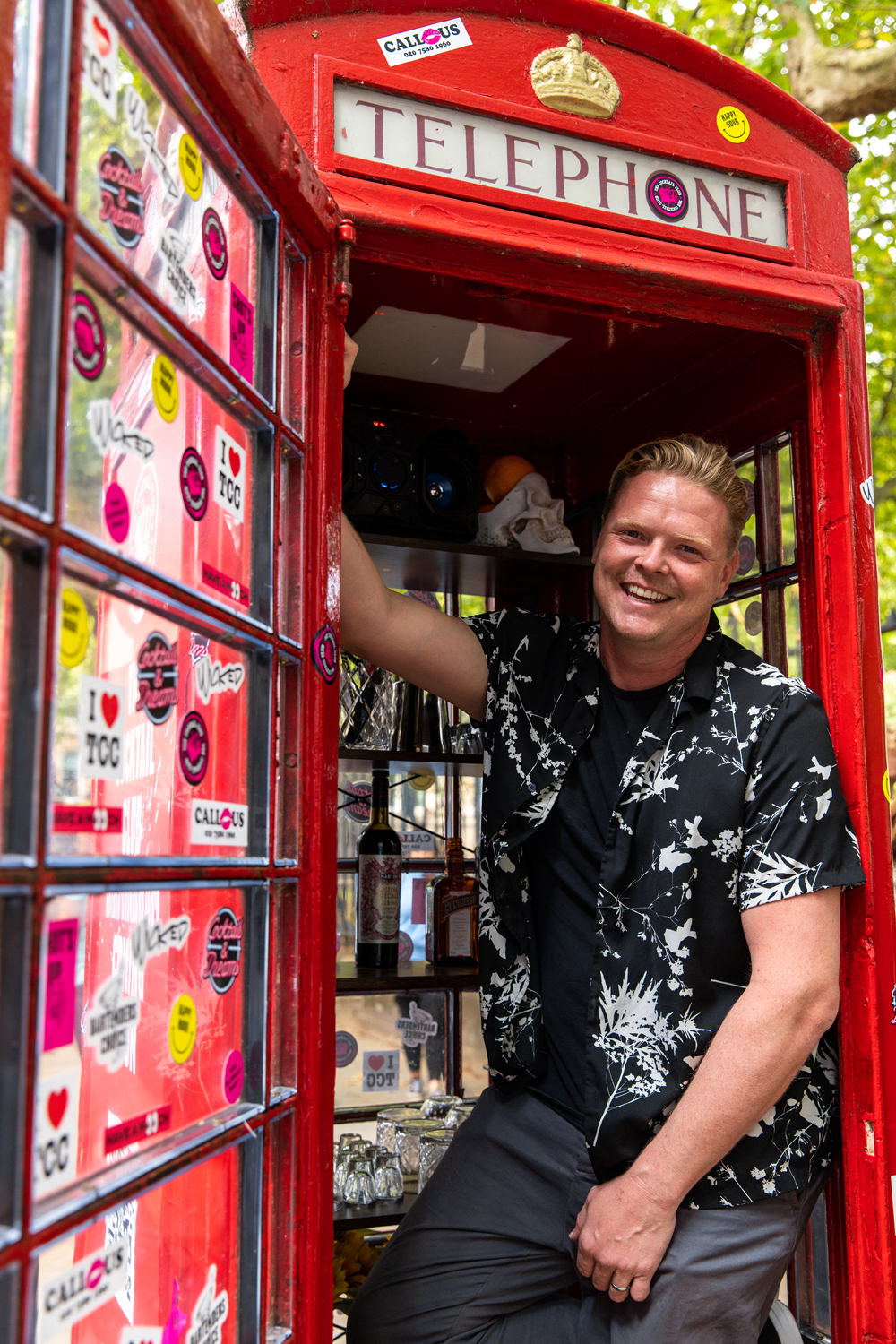 Ahead of their September launch, The Cocktail Club have launched a three-day pop up inside Temple Phone Box on Temple Row in Birmingham.

‘The World’s Smallest Cocktail Bar’ will run from 1st – 3rd September to mark the fact that The Cocktail Club will be launching its biggest site to date on Temple Street, Birmingham in late September.

JJ Goodman, co-founder of The Cocktail Club and winner of the Cocktail World Cup, is hosting the pop up on 1st September, with invited guests enjoying 10 minute slots with the ‘World’s Best Bartender in the World’s Smallest Cocktail Bar’. The pop up will be open to all, with no booking necessary, on the 2ndand 3rdof September from 3pm to 8pm.

The Cocktail Club Birmingham will be located on Temple Street in the city centre and will offer ‘The World’s Hottest Happy Hour’ seven days a week. The bar’s concept was initially conceived by John James ‘JJ’ Goodman and James Hopkins. After founding their first site on Goodge Street, a further eight sites were opened in London across the following eight years, with their first regional expansion opening in Bristol in 2018. The Birmingham site will be their 15th, largest and most glamorous venue to date, with the interior designed by a hot top Brit designer.

The ‘high energy’ bar will have a capacity of 450, set across two floors and three rooms. The Cocktail Club shake up a variety of first-class cocktails and exciting serves. From classy or crazy, sweet or sour, to traditional or tropical, each cocktail is finished with its own garnish – think fire, fruit and sweets. Signature cocktails include the ‘Solero Sundae’ with coconut rum, mango, passionfruit and cream, topped with a passionfruit mousse, plus their ‘Southside Royal’ with gin, prosecco and a spray of absinthe mist. Party packages will also be on offer, with guests able to book cocktail masterclasses alongside private room and venue hire.

JJ Goodman, co-founder of The Cocktail Club, said, “I am so excited to be hosting this pop up in Birmingham to mark the launch of our biggest and most glamorous Cocktail Club to date. The World’s Smallest Cocktail Bar (as far as we’re aware!) will be serving a handful of our signature cocktails to the people of Birmingham. It’s great to meeting everybody and spreading the word about the Cocktail Club Birmingham launch!”

The Cocktail Club Birmingham is set to open on Temple Street on 29th September 2022.

‘The World’s Smallest Cocktail Bar’ will be on Temple Row from 1st – 3rd September. 1st September is an invite-only event, with the 2nd – 3rd being open to the public between 3pm and 8pm, no bookings necessary.

For more information on The Cocktail Club, please visit their website: https://www.thecocktailclub.com/