Theatre show for audiences with Profound and Multiple Learning Difficulties 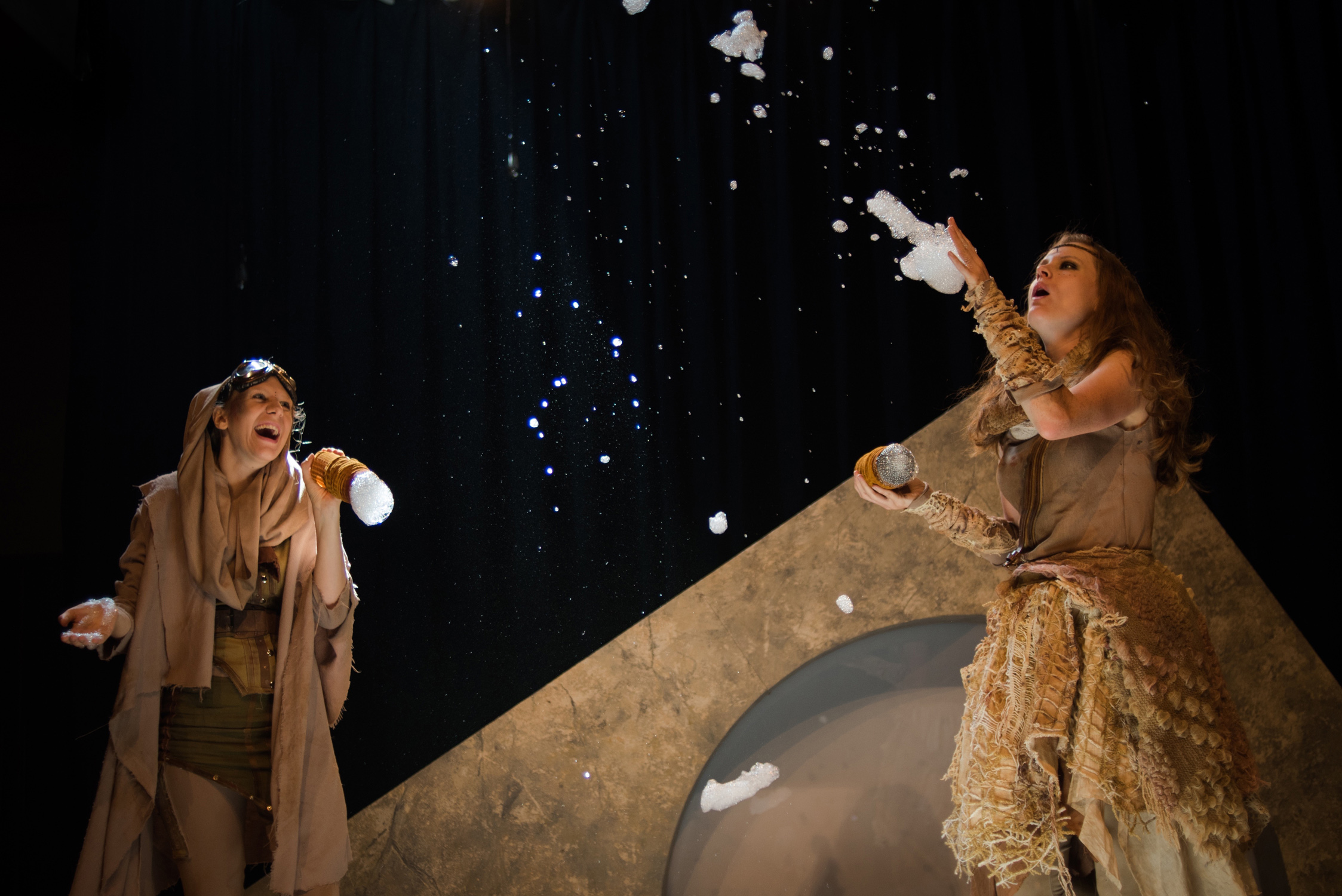 Frozen Light theatre company bring Home, their latest bold and exciting production, devised specifically for audiences with Profound and Multiple Learning Disabilities (PMLD) to mac Birmingham for four shows on 14 and 15 March as part of an extensive tour of England, Scotland and Wales. This is the most ambitious tour yet for the company that was specifically formed to create new work for those with complex disabilities, taking in 59 dates (many with 2 performances a day) at 41 venues.

Exploring a new and unknown world, Home immerses audiences with Profound and Multiple Learning Disabilities (PMLD) in a multi-sensory story of discovery.

The play follows Scarlet and Olive in a world that is not how they remember it. Where are they now and where is their home? The pair must learn how to survive and create a future together in an environment that is full of surprises. Will the stars shine on this unexpected friendship? And how will they face the challenges that lie ahead?

Frozen Light devised this accessible and inclusive production especially for teenagers and adults with profound and multiple learning disabilities (PMLD).

‘a very sophisticated, caringly crafted mixture of music and other sensory elements. Fresh, artless and above all unthreatening and rather magical’ Herald ★★★★ (The Forest)

For many in the audience this will be their first time in a mainstream theatre venue. Frozen Light co-artistic director Amber Onat Gregory said ‘We want to enable people who rarely attend high street arts venues to experience the theatre. With this tour, we hope to reach as many people with PMLD as possible.’

Performing to an intimately sized audience, the three-strong cast accompanies the audience from the foyer into the performance space, ensuring a smooth transition into the theatre environment.

‘(The Forest) shows the real power of theatre to inspire, entertain and change’ ★★★★ The Reviews Hub

One-to-one interactions with the audience include singing directly to an audience member and offering props to be touched and closely examined. Specially composed music is integrated throughout the performance.

‘The palpable joy of the audience, many witnessing live performance in a theatre environment for the first time is a wonder to behold.’ Sarah Holmes, Chief Executive, New Wolsey Theatre.

Susan Elkin, (of The Stage) on seeing a preview commented ‘Home is powerful piece of theatre about loss, separation, fear, loneliness, reconciliation, hope and rebuilding relationships – human life, in fact. These are all things that matter just as much to people with PMLD as much as they do to anyone else.’

Lucy Garland, Frozen Light’s other co-artistic director, added ‘By putting accessible theatre into theatre venues rather than centres or homes we hope to increase the visibility of people with PMLD and create activities for them to access within their local community.’

Frozen Light launched in 2013 as a response to the fact that arts venues rarely cater for audiences with complex disabilities, although theatres are improving accessibility and offering relaxed performances for people who wouldn’t usually access the theatre. The Guardian recently published a good practice piece by Frozen Light on how to stage shows for people with profound disabilities. In 2016 they presented the first ever Edinburgh Fringe show for audiences with PMLD (at The Pleasance) selling out all performances and being immediately invited to return. It is hoped that Home will perform at the 2017 Fringe.