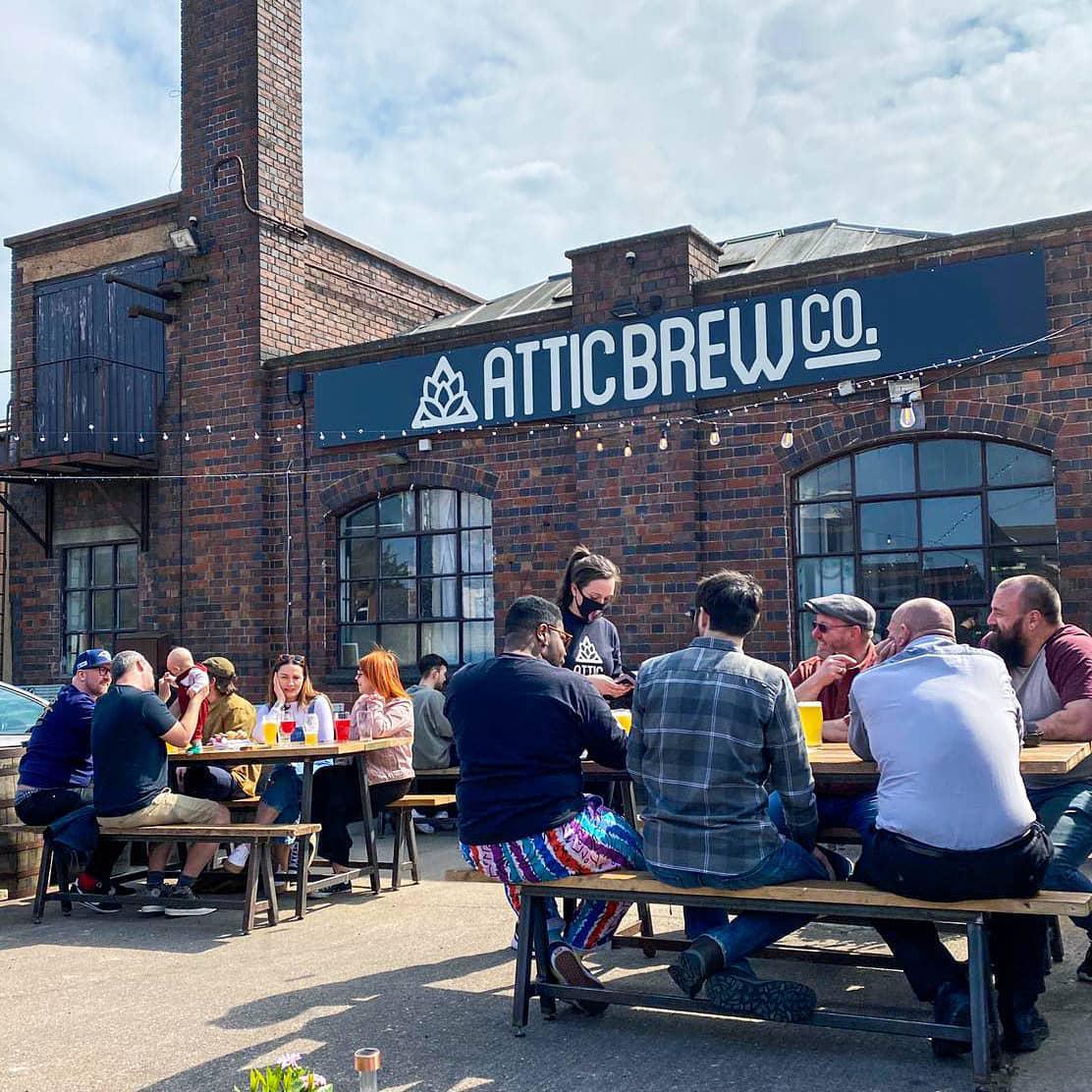 Two Towers Brewery was established in 2010 inspired by well known Brum monuments The Two Towers near Edgbaston reservoir “We liked the name Two Towers because it has a nice ring to it but when we discovered the possible link with Minas Morgul and Orthanc, the two towers familiar to Orcs, Ents, Hobbits and other inhabitants of Middle Earth, we were convinced.” Two Towers Brewery has a reputation for great events, held in the pub, The Gunmakers, and the brewery, following themes such as local heritage, popular science, literature, comedy, fine arts and music.

The Guys at Loki wines believe that Loki is the ultimate drinking destination in the city for wine and spirits! Located in central Birmingham they now boast over 40 different types of gin with an expanding range of craft beers too. Loki has gone from strength to strength since opening in 2012. Why not take a trip to their tasting lounge to try their vast range of wines and spirits and even meat and cheese platters!

The independent family business has been a hidden gem around the City for over 20 years, supplying some of Birmingham’s most famous bars, restaurants & clubs behind the scenes. They now also supply to private parties and Garden bars in and around the West Midlands. If you’re looking for a better deal on your drafts or planning a party any time soon we suggest you give these guys a call. Free same-day delivery throughout the West Midlands, their friendly and reliable service won’t be beaten in Brum!

Connolly’s Wine Merchants Ltd is a family run independent wine merchant who carefully ship and select wines from all over the world to Brum! Established in 1976, they continue to provide a personal, flexible and comprehensive service to all their customers. Connollys hold numerous events at their shops, located in Birmingham and Solihull.

Located in the historic Jewellery Quarter in Birmingham, Hard to find Whiskey, supply three thousand of the most sought after whiskies in the world, including rare collectable and new whiskies. Hard to find whiskey, also offers unique masterclasses, an innovative ‘whisky concierge’ service and investment grade whisky – all in the comfort of a beautifully fitted out shop with their in-store experts on-hand to help.

Burning Soul Brewing are a Craft Brewery with a burning passion to create and deliver the best beer possible. All of their beers are unfined, unfiltered and created at their centrally located Brewery & Tap room in Birmingham. Their Tap room opens every Friday 4pm – 8pm and Saturday 1pm – 8pm, purchases also available through their website.

Wine lord are a specialist family-run of license located on Constitution Hill founded in 1986. Wine lord boast they can get hold of over 2000 Whiskies, 250 Rums, around 200 Vodkas, over 100 Gins, over 300 Cognacs & Armagnacs! Wine Lord are constantly trying to find new products with genuine heritage and quality across all categories, whilst priding themselves with excellent customer service.

Not only do these guys deliver you cocktails right to your door, but they can also provide you with full bartending service, cocktail masterclasses and Gin journeys. These guys are perfect for a special occasion or get together, the masterclasses come equipped with fun games and team challenges to really get your evening going.

Digbrew are an extremely exciting and creative craft brewery in Digbeth. They’re one off, out there creations make them a brewery that really stands out from the crowd. “We love to play around with tastes & are always creating new recipes. The result, a young and vibrant showcase of the best hops, malt & yeast in the finished product.”

Birmingham Brewing Co was established in 2016 with the sole purpose of providing high quality locally brewed beer to the people of Brum. “We believe that the only way to make exceptional beer is to use the best ingredients we can find.” You can book a tour with Birmingham Brewing Co for just £12!

Attic Brew Co is a brewery and taproom in Stirchley, Birmingham. The brainchild of University pals Oli & Sam who began brewing in Sam’s bedroom! Attic Brew Co is now a popular hang out and drinking spot for beer fans which boasts it’s own Tap room and work with local artists to help showcase their talent and really help Brum culture get out there! Attic Brew Co is a unique and exciting place, definitely worth a visit!

Cotteridge Wines is a family business on the Pershore Road, run by two brothers. It was named one of the best beer shops in the UK by ratebeer.com. They offer a variety of beers, ciders, wines and cask. “Super friendly service, great beers & all in all an awesome experience. Cotteridge deserves it’s place as best English bottle shop.”

With over 300 years of branding, Davenports officially began in 1829 with the Highgate Brewery being established in 1898. The thriving business now has various pubs, clubs and cocktail bars in and around the West Midlands, such as The Bull, Missing Bar & Dare’s bar, not bad for a local independent from Brum!

Indian Brewery have spread out over Brum with locations now in Snowhill & Solihull. They have their own tap room on site where you can book a tour to enjoy their delicious food and beer. Indian are unique, vibrant and offer food and drink of the finest quality – we recommend booking a table or tour soon!

Based in the historic Jewellery Quarter, Rock & roll Brewhouse, are a 100% vegan microbrewery that sells all their own beers they have brewed themselves on the premises. As well as beer their other passion is of course, Rock’n’roll – they post a different setlist every day on their Twitter page. Rock & roll brewhouse is definitely on our must-visit list!

Located on Waterside business park, Pershore road. GlassHouse Beer Co is definitely worth a visit! As well as their unique, fresh and highly recommended home beers they also have a Taproom open to the public and serve food. What more do you need?

Stirchley Wines & spirits was established in 1979, it is a family-run community off-licence with real growing strength in the popular beer scene. They have been heavily involved in the beer scene since the late 80’s running the foreign bottle bar at Birmingham Camra Beer & Cider Festival and helping organise other beer festivals such as Birmingham Beer Bash. Stirchley wines were honoured to be on the Ratebeer Best list, being named one of the “Very Best Places to Have a Beer in England.”

LikeTweetPinShareEmail
Subscribe to Newsletter
Categories: Around The Web, Food & Drink News, The Best of Brum
← PreviousNext →