Home » Around The Web » Top Venues for Sports Fans in Birmingham 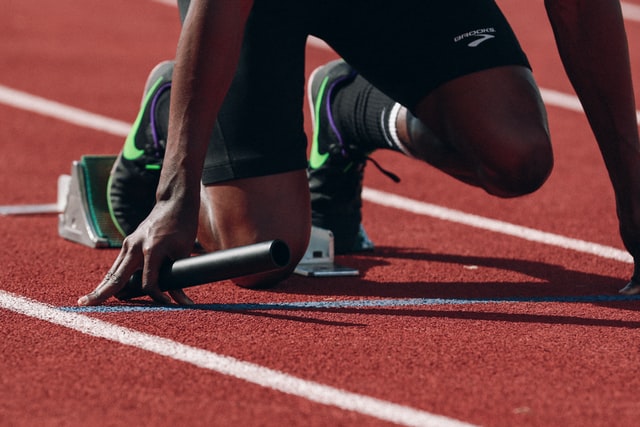 Birmingham is a city that oozes sporting heritage. Over the years, Brum has gifted the world many famous footballing stars, like Jack Badham, Lee Carsley, and Paul Devlin. Formula 1 legend Nigel Mansell is perhaps Birmingham’s most famous sporting export, though, having spent much of his life in Hall Green before spending 15 years in F1 and winning 31 races and a World Drivers’ Championship.

It’s not just sporting heroes that have come from the city though. Birmingham has a long record of hosting major sporting events, with the Commonwealth Games the highlight of its 2022 schedule.

That’s not a one-off, though. Over the years, Birmingham has hosted a rare street race known as the Superprix which saw some big names in motorsports hurtle past famous landmarks at high speed. It is also home to the All England Open Badminton Championship, it welcomed cricket fans from all over the world as part of the 2019 ICC Cricket World Cup, and it sees thousands of runners take on the Great Birmingham Run each year.

With such a varied set of sporting events taking place in the city, you would be right to expect a vast variety of venues for sports fans to check out whenever they visit the capital of the Midlands.

Given that Birmingham is the UK’s second-most-populated city, you’d expect it to be awash with leading football clubs. Except, that isn’t the case. In the 2021/22 season, London has a record six clubs in the Premier League, with a seventh nearby in Watford. Up north, Manchester has two clubs, as does Liverpool.

Birmingham, however, has just one. Sure, nearby Wolverhampton has Wolves, but there’s only one in Brum proper.

That makes Aston Villa’s stadium, Villa Park, much more special than if it were just one of several top-flight football grounds in the city.

Games take place throughout much of the year, though most are scheduled during the Premier League season which runs from late August through to the spring. If you’re not in the city at that time, Villa Park stadium tours are a great way to see its historic grounds.

Motor racing is one of the UK’s most popular sports, with championships like Formula 1 enjoying millions of fans. Lower classes are also incredibly popular, including touring cars, single-seaters, and motorcycle racing.

There is a strong “modding” scene where people bring their prized cars, often with many after-market modifications added, such as bodykits, exhausts, sound systems, and lights. This can be seen in the fact that movies like the Fast and Furious franchise and games like Need for Speed Underground were so popular in the UK.

This love of cars has even influenced the online casino space. With so much competition in the market, the developers of slot games have looked for ways to be innovative with their creations. This has seen some incorporate free spins into their slots, allowing players to unlock them in certain situations, such as completing challenges within the platform, and once completed, the user can enjoy them. Others have looked to cultural phenomena like modding to create video slots like Street Racer, a game that features car-themed graphics and neon-style colours to capture the underground racing vibe.

As we’ve already touched on, Birmingham has a lot of motor racing pedigree. While the legendary Superprix is no longer organised in the city, there are still plenty of motorsport events taking place there.

Many of these take place at Wheels Park, a multi-purpose motorsport venue that comprises an MSA-approved kart circuit, off-road rally stage, drifting arena, and an oval circuit. Throughout the year, it hosts multiple karting events, as well as several rounds of the BRISCA Formula 1 and Formula 2 stock car championships.

Birmingham is blessed with plenty of green spaces in and around the city, which is why there are so many golf courses dotted around it. There are clubs and resorts designed to cater to all types of player, from beginner and casual golfers up to successful professionals.

One that fits into the latter category is The Belfry Hotel & Resort, which can be found in Royal Sutton Coldfield, on the outskirts of the city.

The course is open year-round, apart from when it’s hosting major international events like The Ryder Cup, as well as other national competitions.

If your swing isn’t great but you love the sport, then a trip to The Belfry during these events is a great option.