Home » Around The Web » Tour de France: Who were the last four winners of the white jersey?

Tour de France: Who were the last four winners of the white jersey? 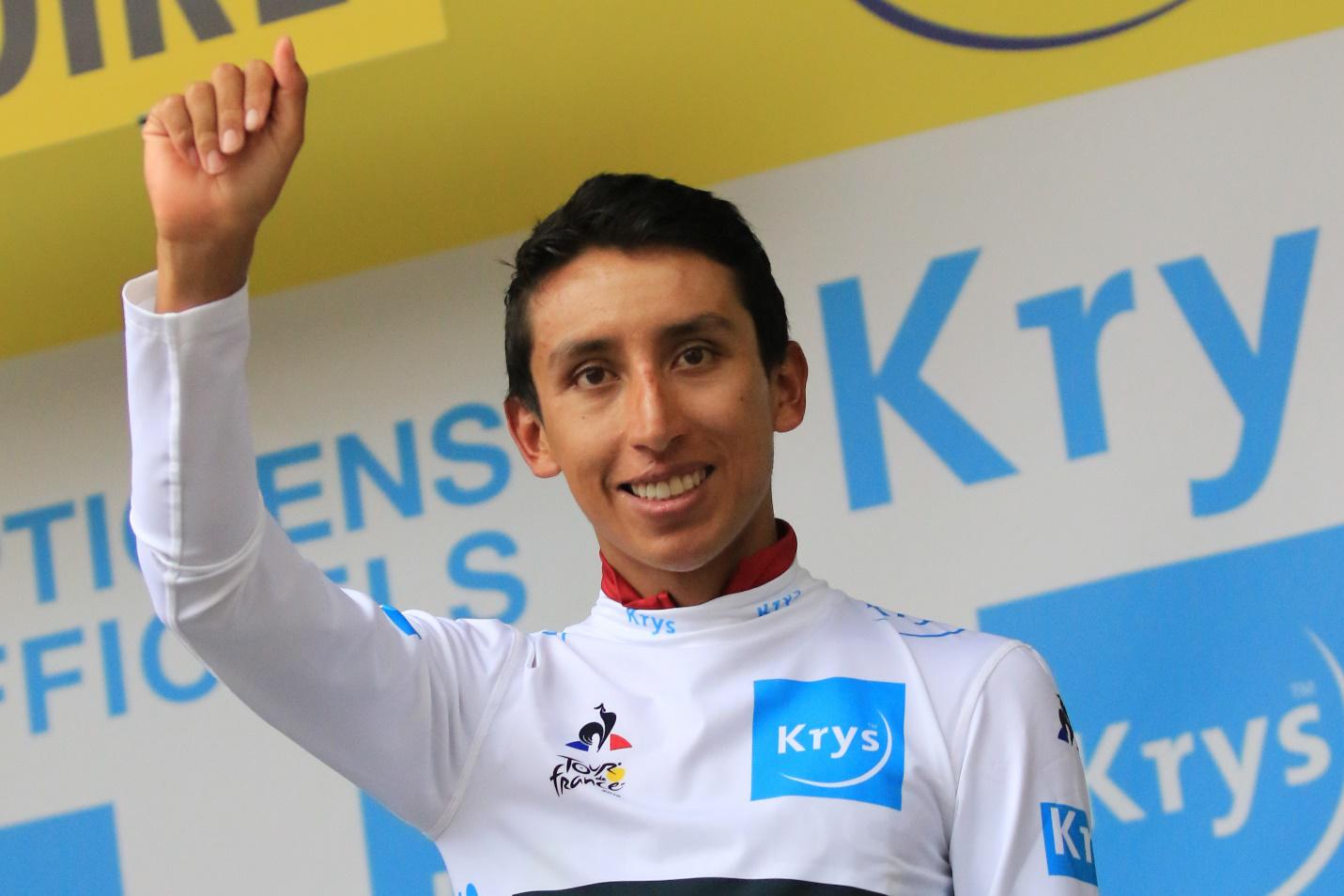 It may be taking place later than planned, but there was a time when the 2020 Tour de France may not have been raced at all. It would have been a shame to see the famous three-week Tour cancelled amidst the hysteria that is the coronavirus pandemic. But the show must go on and with that comes the gruelling battle for the yellow jersey. The latest Tour de France odds suggest that Primož Roglič is the favourite, while last year’s recipient Egan Bernal looks set to retain his white jersey – winning the Young Rider Classification for a second year running. But who were the previous winners and how have they fared since? Let’s take a look…

Last year, Bernal made history – not only becoming the first Colombian rider to win the Tour de France, but was the fifth in the race’s existence to secure a memorable double, in winning the General Classification and the Young Rider Classification. A winning time of 82 hours and 57 minutes turned Bernal into a household name virtually overnight. While his margin of victory in the General Classification was 1 minute and 11 seconds – enough to restrict teammate Geraint Thomas to a second-place finish – there were nearly 24 minutes separating Bernal from French cyclist David Gaudu of Groupama–FDJ.

It marked a memorable hat-trick for the youngster who had won the Tour de Suisse and Nice-Paris races on Tour, prior to the Tour de France. At the time of writing, Bernal sits second in the 2020 standings and is the race leader in the Young Rider Classification.

He may have finished outside of the top 10 in the General Classification standings, with an overall time of 83 hours and 39 minutes, but Latour had been wearing the white jersey since stage 11 and never looked likely to give it up. 2018 was a good year for the Frenchman, who picked up Young Rider Classifications in the Volta a Catalunya (finishing third overall), and the Critérium du Dauphiné – considering the most challenging of the Tour de France warm-up races.

However, despite being considered one of the best French cyclists of his generation, injuries have hampered his progress over the last couple of years. Notably, Latour only featured in one of the races on the Grand Tour last year – a 35th placed finish in the Vuelta a España. A move to Total Direct Energie next year will signal a change and new challenge for the 26-year-old.

The white jersey was kept in the family in 2017, and after his twin brother Adam won the Young Rider Classification in 2016, Simon matched his success. His time may have been quicker than his brother’s, but Simon finished seventh overall, with a time of 86 hours and 27 minutes. He had held the white jersey since stage 5, when he stole it from future winner Latour.

Since that success, Simon has tasted victory in multiple events – not least the Vuelta a España and UCI World Tour in 2018, and finishing first in the Mountains Classification at the 2019 Vuelta a Andalucía. He may not have made the cut for Mitchelton-Scott’s Tour de France roster, but the 28-year-old has his sights set on the Giro d’Italia, and first, the Tirreno-Adriatico.

He may be the younger twin by five minutes, but Adam Scott won the white jersey at the Tour de France in 2016 – a year before his slightly-older brother – and managed a fourth-placed finish in the General Classification. His overall time of 89 hours and 9 minutes may have been four minutes behind the eventual winner, but he held a two-minute advantage overall his nearest young rival, Louis Meintjes.

Since winning the white jersey, Adam has won the CRO Race in 2019 and just this year, was the overall winner of the UAE Tour. At the time of writing, he is currently eighth in the Tour de France General Classification – having held the yellow jersey after stages 5-8. Next season, he swaps the Australian Mitchelton-Scott for the British racing team, Ineos Grenadiers.