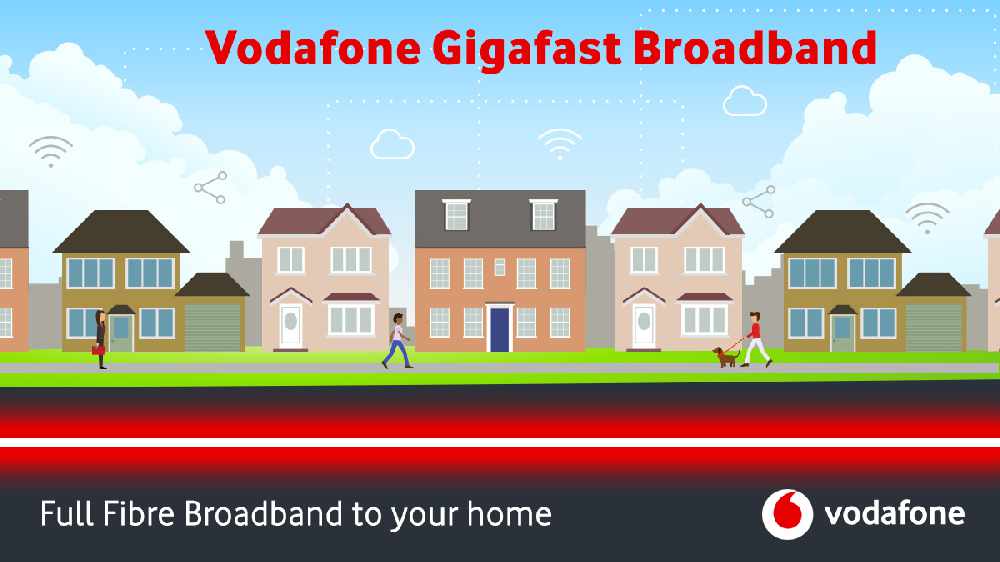 Vodafone is expanding its Gigafast Broadband roll-out to bring full fibre services to many more consumers and small businesses in the UK after striking a new commercial deal with Openreach, the country’s largest network infrastructure provider.

With speeds of up to 900Mbps, Vodafone Gigafast Broadband gives users download speeds 20 times faster and upload speeds 150 times faster than the average home broadband connection in the UK. For example, this will allow the whole family to stream their favourite films, play online games or upload videos and photos across multiple devices with almost no time lag or buffering – all at the same time.

From spring 2020, Vodafone will start making Vodafone Gigafast Broadband available to customers in Birmingham, Bristol and Liverpool on the Fibre-to-the-Premises (FTTP) network that Openreach is building. The service will grow as Openreach expands its footprint and will be available to 500,000 premises in these locations by mid-2021 under phase one of this strategic agreement with Openreach. The agreement includes the option for further phases that could extend coverage to other places.

With the addition of Birmingham, Bristol and Liverpool, Vodafone Gigafast Broadband is currently live or planned in 15 cities or towns. Vodafone has previously announced 12 other fibre roll-outs under its complementary agreement with CityFibre, the UK’s largest alternative provider of wholesale fibre network infrastructure. So far, Vodafone Gigafast Broadband has already gone live in Aberdeen, Bournemouth, Coventry, Huddersfield, Milton Keynes, Peterborough and Stirling, with additional places to follow this year and next.

Vodafone UK Chief Executive Officer Nick Jeffery said: “Vodafone is committed to a full fibre future and to creating the infrastructure Britain needs to compete and win in the digital era. This initiative with Openreach builds on our existing commitments with CityFibre and underlines our belief in the power of digital technology to connect people for a better future and unlock economic growth for the UK.”

Openreach Chief Executive Clive Selley said: “Our full fibre broadband network already covers more than 1.9 million premises in the UK, and Openreach engineers are building it to another home or business every 26 seconds. We’re keen to upgrade customers as quickly as possible to this new, ultrafast, future-proof platform, so we’re proud that Vodafone’s placing its confidence in Openreach to deliver a great broadband experience for their customers. We’re determined to be the partner of choice for all Communications Providers and we’ll do that by offering the best connectivity and service with the widest possible coverage throughout the country.”

In addition to full fibre, Vodafone has already introduced 5G in Birmingham, Bristol and Liverpool as part of its wider nationwide roll-out programme of the new mobile technology. Together, full fibre and 5G form the foundation on which local and central government plan to create digital super towns across the UK.