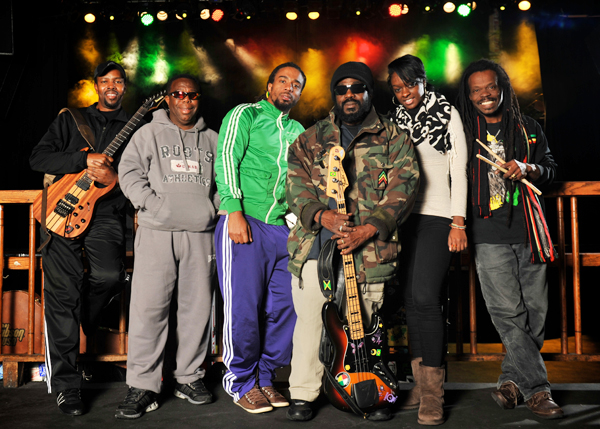 Welcome to our greatest competition yet! Grapevine Birmingham is combining two fantastic prizes for two very lucky winners in November.

You could win 2 free tickets to watch The Wailers (of Bob Marley fame) at the 02 Academy in Birmingham on the 8th of November 2014, and then.. After the gig, the two lucky winners will also retire to one of the Mini Studio Apartments at the fabulous Staying Cool Apartments in the iconic Rotunda for one free night. 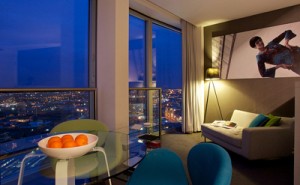 The Mini is a stylishly designed studio apartment. From your ‘cocoon at the top’ of the Rotunda, enjoy the mesmerising cityscape and relax.

The floor-to-ceiling windows open the space out and make it a great place to be. The Mini is stylish, practical and functional. As The Times’ correspondent wrote when he stayed in one, “Why can’t all city stays be as cool as this?” The Mini Studio Apartments normally start from £95 per night so this is a very generous offer on behalf of Staying Cool Apartments. 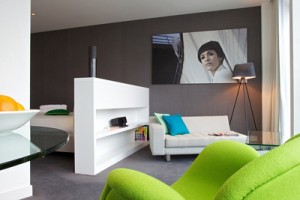 Staying Cool was set up back in 2005 as an alternative to a boutique hotel and a serviced apartment. The concept of Staying Cool is: individual apartments for the more independently-minded people.

The apartments have some fab reviews and they are perfectly situated in the heart of the city offering stylish cool interiors with far reaching city views, the Rotunda is just a ten minute walk from the O2 Academy. *Please note: one of the two guests must be 21 years old or over. 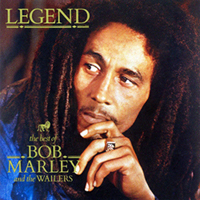 The Wailers performing the album Legend in its entirety.

Following the success of their sell out UK tour last year legendary reggae artists, The Wailers are back to mark their highly celebrated and anticipated Legend tour. The band will be performing the iconic album live on stage in its entirety featuring the classic chart- topping tracks “Three Little Birds,” “I Shot The Sheriff,” “Jamming” and many more.

Formed in 1969 together with Bob Marley, The Wailers have sold in excess of 250 million albums worldwide. In England alone, they’ve notched up over twenty chart hits, including seven Top 10 entries.

Outside of their ground-breaking work with Marley, The Wailers have also played with international acts Stevie Wonder, Carlos Santana, Peter Tosh, Bunny Wailer and Burning Spear. As the greatest living exponents of Jamaica’s reggae tradition, The Wailers have performed to an estimated 24 million people across the globe. 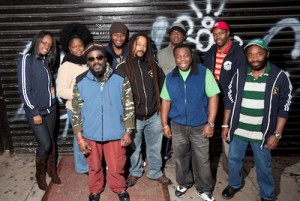 Legend (released 30 years ago) was the twelfth album released by Bob Marley and The Wailers and the second posthumous one. Named by Time Magazine as the “Best Album of the 20th Century” and #46 on Rolling Stone Magazine’s 500 Greatest Albums of All Time. It is the best-selling reggae album, with over 25 million copies sold globally.

The nucleus of The Wailers was formed in 1969, when Bob Marley, Bunny Wailer, and Peter Tosh recruited the Barrett brothers – bassist Aston “Family Man” and drummer Carly – from Lee Perry’s Upsetters – to play on hits such as ‘Lively Up Yourself,’ ‘Trenchtown Rock,’ ‘Duppy Conqueror,’ among others.

There are three ways to enter the competition to win (you only need to choose one option):

2. Follow us on Twitter and retweet the competition. Then let us know in which year were The Wailers formed.

3. If you do not have social media simply email: info@grapevinebritain.com and tell us your answer to the following question, you guessed it.. In which year were The Wailers formed.

The prize is two tickets for the Wailers concert at the 02 Academy Birmingham on the 8th Nov 2014, and then one night for two adults in a Staying Cool Mini apartment after the show.

Let us know your name and a means of contacting you should you be the lucky winner. Good Luck!

Prize Draw Rules
1. Entry to the competition is restricted to one entry per person.
2. Multiple entries from the same person will be disqualified.
3. Automated entries, bulk entries or third party entries will be disqualified!
4. Competitions are open to UK residents only unless otherwise stated
5. Winners will be chosen at random from all valid entries by Raffle King.
6. The Judges decision is final and no correspondance will be entered in to.
7. The competition will close on Friday 31st October 2014.
9. One of the entrants must be aged 21 or over to stay in the apartment.

The winners will be announced within 48 hours of the competition ending, failure to reply in this time will void the win and the raffle will be redrawn.