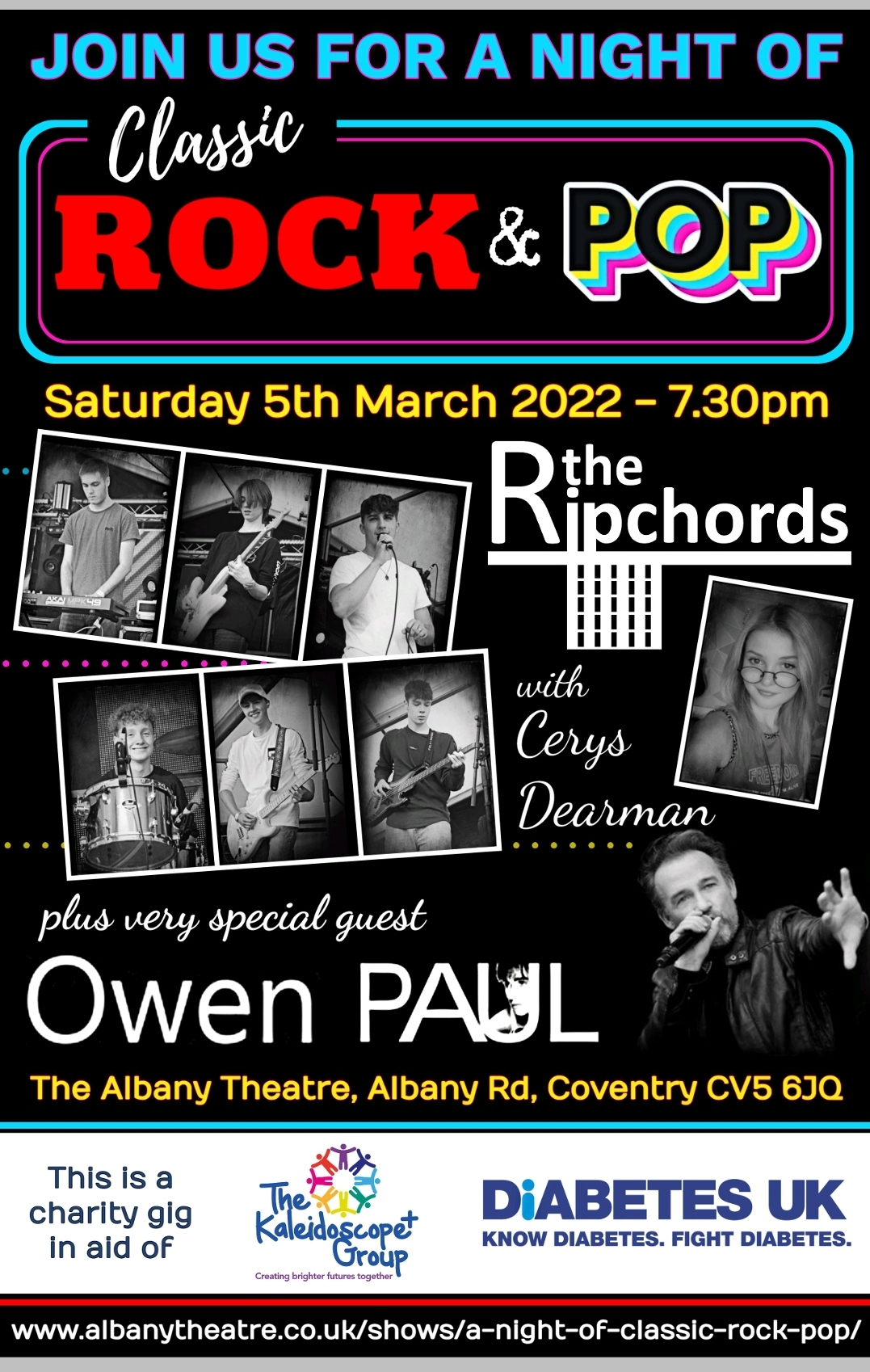 Warwickshire Rock band The Ripchords will be playing The Albany in Coventry 5th March 2022. Following on from their brilliant set at Godiva 2021… the six piece are gearing up to perform a night of rock n’ pop classics joined by Redditch singer songwriter Cerys Dearman and Scottish 80s pop sensation Owen Paul who will be supporting with his fantastic 80s acoustic set.

The Albany gig is in support of 2 charities which are close to the hearts of The Ripchords and Cerys. All profits will be split between Diabetes UK and Kaleidoscope Plus, a mental health charity that supports not only youngsters suffering with mental health issues but also their families. The work of these charities has played a huge part in the lives of band members, most notably Will and Luca from The Ripchords who were both diagnosed with Type 1 Diabetes from an early age.

Luca, bass player from The Ripchords said ‘Being in a band and having music as an outlet away from Diabetes has helped me cope massively with my condition over the past few years. Will and I together with the rest of the lads wanted to do something to raise awareness and funds for Diabetes UK which is a great charity that does so much research on finding new ways for people to live more easily with the condition’.

Cerys Dearman who will be performing with the band has experienced her own mental health issues, and as with many young people these have been exacerbated by the pandemic. Cerys is very open about her struggles and feels that talking about them is the key to both helping herself and others who are struggling. Cerys said ‘xxxxxxxxxxx’.

As well as raising awareness and money for the charities, above all the band want the evening to be a great night out for everyone after what has been a tough couple of years!

Tickets are available now from
https://www.albanytheatre.co.uk/shows/a-night-of-classic-rock-pop/