Home » What's on » What’s on at Eastside Projects This Autumn

What’s on at Eastside Projects This Autumn 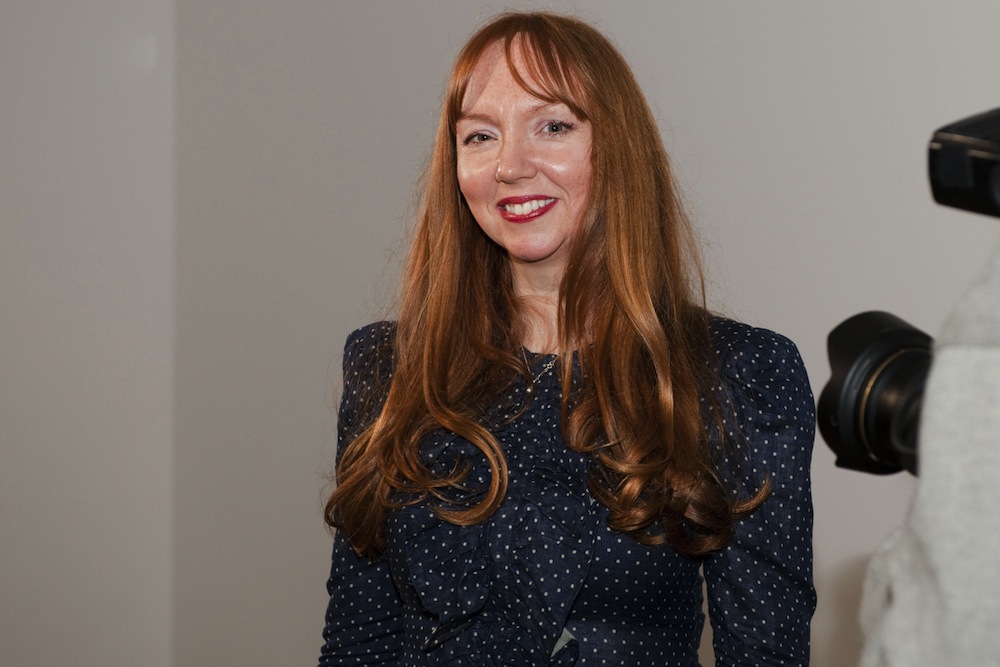 Eastside Projects presents a new installation by Susan Philipsz — internationally acclaimed artist, 2010 Turner Prize winner and 2014 OBE recipient. The Berlin based artist has created an acoustic environment as a growing musical ensemble of battered, bullet holed and broken instruments unheard for a century or more. 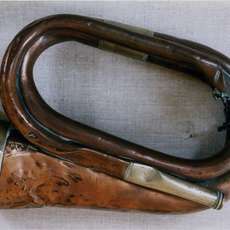 Philipsz has made new recordings of the sounds produced from five brass musical instruments damaged in Germany during various conflicts, and since conserved in museum collections. Each of these instruments becomes a performer or member of the ‘“Broken Ensemble” formed for the first time in Eastside Projects.

Pursuing the sculptural qualities of objects, space and sound, the artist plans to grow the “Broken Ensemble” over time with new recordings being made of further musical instruments used in war over the coming years. During the exhibition, in October, a sixth recording will be made of the “Balaklava Bugle” used to sound the Charge of the light Brigade in the Crimean War in 1854. This sixth “voice” will then be added into the installation as a new performer, or member, shifting the musical score and character of Philipsz’s “Broken Ensemble”.

Over the past two decades Philipsz has investigated, reimagined and rearranged musical and literary sources and specific historical constellations, often using familiar tunes and pop songs, performed in her own voice and recorded. Recently in dOCUMENTA 13, Kassel, and at hamburger Bahnof, Berlin she has made increasing use of instrumental compositions, reconstructing powerfully charged historical works through multi-channel sound installations.

“Broken Ensemble: War Damaged instruments (Brass Section)” is Philipsz’s first solo exhibition in the UK since winning the Turner Prize and exemplifies the artists commitment to exploring the psychological and sculptural potential of sound in relation to unique sites.

Born in 1965 in Glasgow, Susan Philipsz currently lives and works in Berlin. She received a BFA in Sculpture from Duncan of Jordanstone College in Dundee in 1993, and an MFA from the University of Ulster in Belfast in 1994. Since the mid-1990s, Philipsz has exhibited at many leading institutions and public venues around the world.

This exhibition is free and open to all from 20 September – 6 December, Wednesday to Saturday, 12–5pm

Produced in his grotto-like flat in Old Hill, Sandwell, Zar’s new paintings return, obsessively, to themes that loop through his work: religion, sexuality, oppression, ageing and unrequited love. Two new series of dark paintings mark a departure for Zar from the cartoonish light of his previous characters. 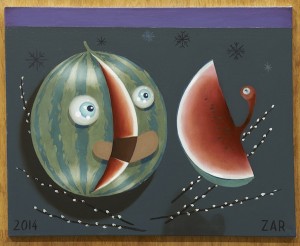 ‘Crucifixion / Black Christ’ and ‘The Hunger ‘draw on a complex cultural and artistic history encompassing what he sees as a ‘cult of suffering’ deeply rooted in the human condition. They carry echoes of the trauma of twentieth century European histories and the misery resulting from conflicts that riddle contemporary international politics.

Writing of his title Zar explains; “In August this year Poles celebrated the 70th anniversary of the Warsaw Uprising. What happened in Warsaw in 1944 has for me incredible meaning. I can’t express in words what I really feel. Resilience perhaps. I won’t live in Old Hill forever. It’s just a port of call in my journey. A place where things started getting at least a little bit better for me. The place where I started rising upwards… uprising.”

Zar sees what he paints as, ‘a pretext to produce another line of horizon’. He turns bones into a repeated motif that operate both as a vehicle and subject matter for his relentless painterly task. As ever, in these new works, Zar’s avatars inhabit landscapes devoid of feature, but are doggedly pursued by darkness and whimsy.

Zar was born in Pszczyna, Poland, during Martial Law in 1981. He has been based in the West Midlands since 2006. In June 2014 Eastside Projects presented Zar’s work at the Start Art Fair, Saatchi Gallery, London. After being selected for the 2013 edition of New Art West Midlands, for which he showed at Birmingham Museum and Art Gallery and The Barber Institute, Birmingham, Zar was awarded the First Prize. In 2012 he graduated from an MA in Fine Art from Birmingham City University, UK. From 2000 – 2006 he studied Fine Arts Education: Visual Arts, specialisation: Easel Painting and Art Teacher Training at the University of Silesia in Katowice, Poland.