Home » Interviews » An Exclusive Interview with Ollie ‘Yardbird’ Lloyd.. Will it reopen?

An Exclusive Interview with Ollie ‘Yardbird’ Lloyd.. Will it reopen? 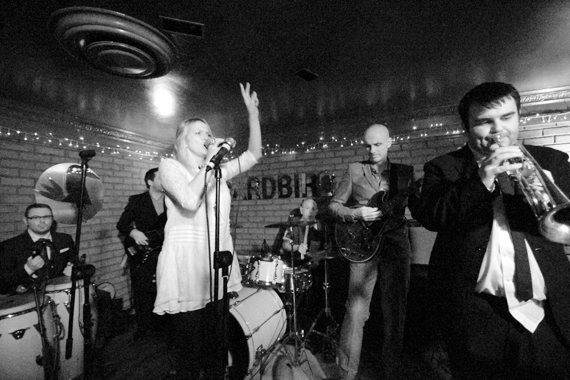 The recent closure of the Yarbird live music venue has left a huge void in Birmingham city centre. Many people into jazz, funk, soul and acoustic are finding Brum town centre bereft of original live music. There are a few exceptions such as the independent Sun on The Hill which hosts some great live music nights, the Actress & Bishop and Jam House at St Paul’s Square, Alfie Birds, and The Spotted Dog in Digbeth.

However, for frequency of live performance and for quality, the Yardbird is already sorely missed and it is a huge dent in Birmingham’s cultural identity. The venue provided a constant platform for up-and-coming musicians to gain experience and to play to an attentive crowd. 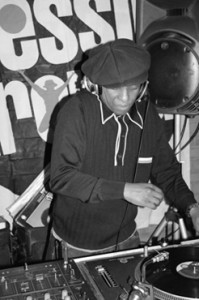 Paradise Circus has housed various commercial businesses such as a Wetherspoons, McDonalds and other large chain food outlets, but the Yardbird really was iconic in this location. The whole Paradise Circus complex is being completely raised to the ground to make way for a new Brindley Place style development, which will no doubt be more commercial and chain bar orientated.

The Yardbird has remained a very popular and reliable oasis for live music enthusiasts, from tourists wandering around the city, to regulars who made the venue what it was. Sadly, the Yardbird has been forced to close due to this redevelopment, which will now strangely be called just ‘Paradise’. With change happening so quickly, we decided to catch up with the Yardbird owner Ollie Lloyd to gauge his thoughts on the past eight years, and to find out whether we will see a Yardbird v2 in the city.

Ollie kindly answered a few of our questions in this exclusive interview for Grapevine Birmingham, he will also be providing the next Grapevine Radio mix and we’ve linked to Ollie’s own mixcloud upload as a taster.

How long have you been running the Yardbird and what inspired you to open it? 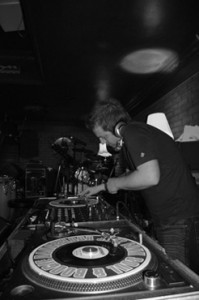 “I opened The Yardbird back in early February 2007. The concept was created in my mind a few years prior to this after living in vibrant cities such as Dublin, London and Brighton and being influenced by the prominent funk, soul, jazz and beats live music and DJ scene in those areas.

Whenever I would come back to my home town of Birmingham to visit friends and family I would find the city a bit flat and lacking in left-field music promotions. There were some really good nights available over the years, such as Leftfoot and Sweat, but no real venue base providing consistent live music on a nightly basis, which I had seen work very well in the cities mentioned above.

I also extensively travelled the U.S.A. and Canada in the late 90’s to hunt for records and check out their live music scene and had the opportunity to experience some very special small live music venues which added to the inspiration. When I moved back to Birmingham the gap still existed for my concept and so I decided to carve out a niche and open The Yardbird.”

What did u set out to achieve and do you feel you’ve succeeded in those goals? 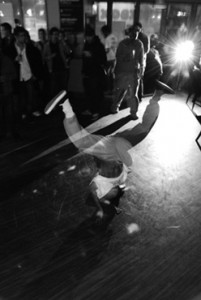 “The main fundamental ideas for The Yardbird were to provide quality live music and DJs on a nightly basis pivoting on jazz but exploring all genres related such as funk, soul, blues, reggae and more experimental electronic sounds, to create an atmosphere that had no pretension or attitude – a home if you like where the people of Birmingham could hang out and feel a really friendly and comfortable atmosphere.

The intention was to create an intimate and creative environment where I could educate people with the passion I have for music and to introduce national and international touring bands that would have otherwise missed out Birmingham with nowhere to play.

I certainly feel I have succeeded in these goals; we have secured a great reputation in the city as well as around the world and have a very loyal customer base that appreciate what we do.

I feel very privileged to have been able to showcase some of my musical heroes over the years and maintain quality control over music output. All in all it has been more successful than I ever imagined, especially as I felt it to be a fair risk to open such a venue in a city that leaned towards a majority commercial licensed circuit.”

The Yardbird was definitely one of the best live music venues around. Is there anything you would have changed?

“The past eight years have been a big learning curve for me and I have taken a lot on board that I will use in a future venue. We have always struggled practically with the layout of the venue, such as capacity, stage space, and internal layout, but not had the option to move things around.

It has taught me a lot about venue space and how I can implement a really productive space in the next venue but still keep things intimate which is very important to The Yardbird.”

Why did you keep it free entry?

“A bit of trial and error really but I found that if an event was free it would attract a lot more people, which creates a better atmosphere, makes performing musicians happier and brings in more bar sales which would in-turn afford the entertainment costs.

The free entry policy overall I wouldn’t change, however having a second room in the next venue would aid me to have the option to charge and put on bigger artists, whilst simultaneously still providing free live music in the bar.”

Can you describe a cross section of your customers over the years. Does anyone stand out? 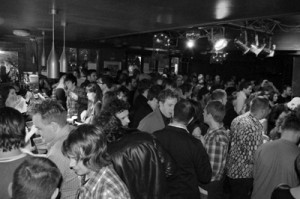 “I really think what made The Yardbird special was the fact you could have an eighteen year old and an eighty year old customer appreciating the same space.

People dressed up, people dressed down. I deliberately stuck to my guns with a no dress code policy, we were about the music and what you wear doesn’t factor into that, for example I didn’t want to turn someone away for wearing sportswear – for all i know they could be a talented break-dancer or musician.

The Yardbird really was for everyone, no prejudices, no divides, and you could feel that in the air. There was always an underlying art/music vibe in there from a mixture of students and musicians, but also curious passing trade and tourists that had been recommended to visit.

The people that stand out to me are the very loyal and regular customers that you would see many nights a week, they really became part of the family and considered the place theirs.”

What would you like to see replace Yardbird in this location?

“It’s inevitable that the Paradise Place site will become another big brand generic area of the city, perhaps similar to Brindley Place. I have no preference as I cannot see myself frequenting the location anymore.”

Do you feel Birmingham City Council have helped you as a local independent business? 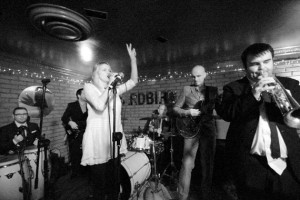 This is a real shame as there are some really good independent bars, restaurants and retail shops working very hard to stay alive in the city and give something alternative and real in comparison to the commercial offerings.

If the council were to focus more on the independents it would boost their trade and encourage more small businesses to open up which I feel Birmingham really needs, yet currently I feel that the council are out of touch.

There are some very passionate people working for themselves helping to really push awareness of independent businesses in Birmingham such as the Grapevine and Independent Birmingham and I hope they continue to succeed.”

What would you like to see more of in Brum?

“It would be great to see more live music in the city, after all it’s nice to experience good gigs outside of your own venue! It would be nice if there was more emphasis on helping the homeless situation too which seems to be growing.”

Will we see another Yardbird and if so what could we expect to find?

“You will, I am in the process of searching for a new venue to call home. This can tend to be a drawn out process and there are lots of factors that need to be considered such as location, rent, footfall, and internal space.

The aim is to find somewhere with more space than the current Yardbird, but still maintain the intimacy. Plan a better layout with more stage and viewing space, more seating and a real investment on the sound and decor. I want to keep the original Yardbird vibe but enhance it and make the new venue something very special.”

Thanks for your time Ollie, we look forward to listing a new venue.