Wolfgang Flur from Kraftwerk to play Castle and Falcon 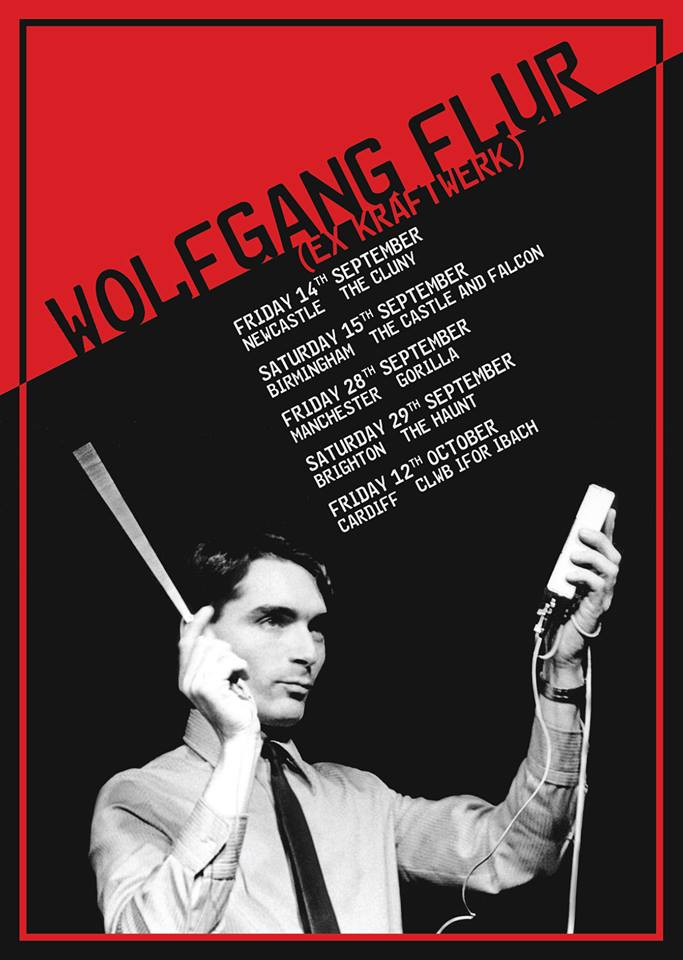 One of the pioneers of electronic music, Wolfgang Flur, is embarking on a UK wide tour, coming to Moseley’s The Castle and Falcon in September.

The german musician, known for his time in the iconic electronica group Kraftwerk, will be showcasing a collection of his music throughout the years since he left the German dance group in 1987.

Flur recently released Eloquence, a collection of new tracks as well as rare and unreleased material dating all the way back to 2002. Featured on the 2015 record was the seminal ‘I Was A Robot’ named after his memoir that was pulled from the shelves due to a lawsuit with the remaining Kraftwerk members.

Wolfgang Flur joined Kraftwerk in 1973, and was the electronic percussionist during the bands golden era. Flur was present during Kraftwerk’s international breakthrough with 1974’s album ‘Autobahn’ and remained during their experimental proto-techno phase.

Frustrated with the half a decade long production of Electric Cafe (1986), Flur left the band after the album’s release. It wasn’t until 2009 that he would receive artist credit on the album. Flur moved on to create music under the name Yamo from 1997, releasing the album ‘Time Pie’ with experimental group Mouse on Mars.

Now, Wolfgang Flur is bringing his industrial, experimental electronic music, performed under the name ‘Musik Soldat’ on a tour across the UK and Europe. Wolfgang Flur’s unmistakable music and astonishing visuals will be live in Birmingham at The Castle and Falcon on September 15th.

Tickets for Wolfgang Flur are available from The Castle and Falcon’s website.