Published by admin On January 18, 2017 Leave a response 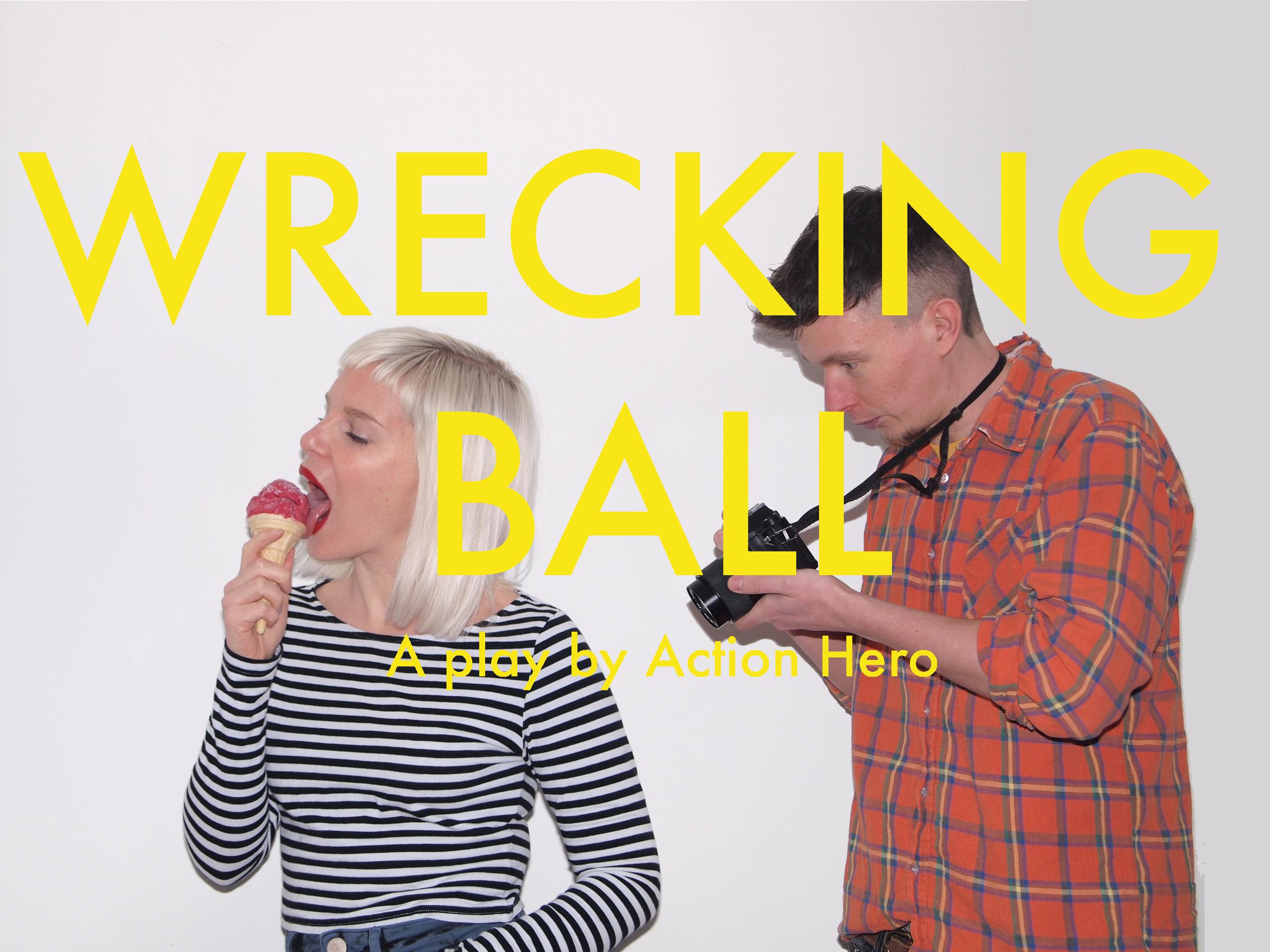 Wrecking Ball a play by performance duo Action Hero, which is being performed at the Birmingham Rep 2nd – 4th February.

Cult performance artists Action Hero’s new play Wrecking Ball delves into the seedy world of celebrity, consent and hipster misogyny, and is on tour this autumn.

When is a yes not a yes? When someone’s offering you fame? When they’re promising to reinvent you, if only you’d show a bit more skin? Wrecking Ball is a play about power and consent, how images are created and how they destroy. In “maverick company” (The Guardian) Action Hero’s new work, the seductive power of make believe collides with celebrity culture and the never ending thirst for youth, sex and fame, whatever the cost.

Co-director Gemma Paintin says about the play “We were interested in images and their power, how they can be seductive but also destructive. We were delighted to receive a commission from 5 festivals including Latitude to explore these ideas – Wrecking Ball is the result.”

The audience are alternately voyeurs, participants and accomplices as a male photographer and a female celebrity conduct a photo shoot. The photographer looks familiar in his skinny jeans and plaid shirt, and the blonde in the camera lens looks like every blonde everywhere.

As the piece unfolds, perceptions of control, power and reality are distorted and questions are asked about how much our lives are authored by others. Wrecking Ball – “cunningly constructed and entertaining” ★★★★ The Guardian – is a piece about images; their capacity to create and destroy, and the seductive power of make believe.

The company have recently been shortlisted for the Anti International Prize for Live Art, the world’s only prize for live art, founded by Anti Contemporary Art Festival in Finland.