6 Drinks All Cafés Should Make Room for in Their Menu 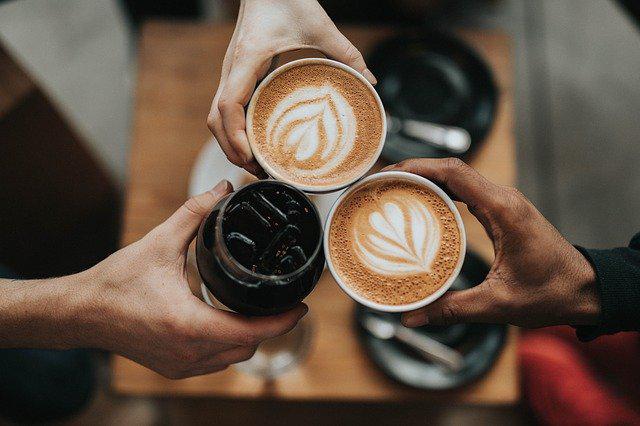 The discovery of coffee is quite a happy coincidence that hundreds of millions around the globe are currently enjoying. It’s believed that a goat herder found his goats a bit extra active after eating some berries off the ground. The herder figured that this was an interesting enough discovery to be reported to his local monastery, and as simple as that, coffee became one huge industry with thousands of roasts and variations all over the world. The infinite variety available makes it possible to create a lot of interesting drinks that any café should make room for in their menu. Out of the many possibilities, we have picked out 6 coffee drinks we think should be readily available anywhere.

This is one of the Italian classics that you’ll find in many cafes around Italy. The name affogato is the result of combining gelato and espresso, and it means ‘drowned’ in English since it looks like it is drowning in gelato. Even though all customers would agree that it’s one delicious item, you’ll find hardship trying to classify whether it’s a dessert or a drink. The original recipe has been altered a lot by many brands, producing fabulous combinations that may contain cream, liqueur, and brewed coffee. It’s possible to play around with it as much as you want for it to be more of a desert than a drink. The easiest way to make it according to the original recipe is by using one gelato scoop, a double-shot espresso, and a chilled bowl.

Matcha tea is one drink that’s not just enjoyable for its taste, but it’s also sought out for its health benefits. This tea is full of antioxidants that can help protect the body from harmful sunlight and free radicals. It is also commonly used for weight loss purposes as it stimulates the metabolism to burn more calories. As presented by the facts from MatchaOutlet.com, Matcha tea can protect the body from the development of cancerous cells thanks to its antioxidant properties and polyphenols. The continuous use of Matcha tea can be a great way to improve your body functions and protect it from a myriad of harmful effects.

One of the Swedish cafés signature drinks, which happens to be a bit hard to spell. The literal translation of Kaffeost means ‘coffee cheese’, and it is actually more accurate of a description than you’d think. There is actual cheese involved; the coffee is simply poured over cubed cheese. Even though the cheese is produced in Finland, it didn’t stop Swedish cafes from involving it in one special drink. To make it, you need 2 liters of milk, 60ml of heavy cream, 2 tsp of rennet, cheesecloth, pot, strainer, cake pan, and finally coffee. It is, of course, much easier to source the coffee from a local store to avoid the extra time it takes to make the cheese.

With a very European name, the Einspanner is a famous caffeinated drink in Austria, especially Vienna, where all the cafes pop up. The Einspanner is a very simple drink, but it’s extremely popular in almost every part of the world. It is a single or double-shot espresso that’s topped with whipped cream. Its origin story is quite interesting; you might even consider a place on your menu to tell all about it. Coffee transporters used to put some whipped cream on their coffee to keep it insulated from the weather outside, giving them more time to keep the drink hot.

This is one of the most peculiar coffee drinks that you can ever find. It originated in Sweden and Norway then made its way to the American Midwest. Before brewing the coffee, the coffee grounds are mixed with raw egg. The science behind it is quite interesting; the egg whites break under the pressure of boiling water, producing proteins that can nullify the bitter impurities that are abundant in the coffee beans. It’s a very aesthetic drink that doesn’t take a lot of time to be made, which can be an instant hit in your café.

This is one drink that can be categorized as both a caffeinated and an alcoholic beverage. Its story makes up for an interesting tale that you can tell your customers if they ask you about it. In Germany, a pastor didn’t like alcohol, to a serious level. The parishioners wanted to find a way around this without raising alarms. They started adding rum to their coffees and topped it with whipped cream. The whipped cream was used to keep the pungent smell of rum at bay. The key to making it as it was originally intended is by not stirring the ingredients after adding them, so you’ll have to sip through the cream.

Some religions and cultures are particularly gravitated towards coffee, making it part of their structure. It didn’t take long for coffee to become a business niche in the form of cafes using coffee press coffee maker and filter coffees. Increasing the variety and uniqueness of drinks in your menu should help you give your café a boost, making it a local and tourist attraction that any fan of coffee would stop by at the beginning of their day.