A Story About Me and Nina Simone at REP 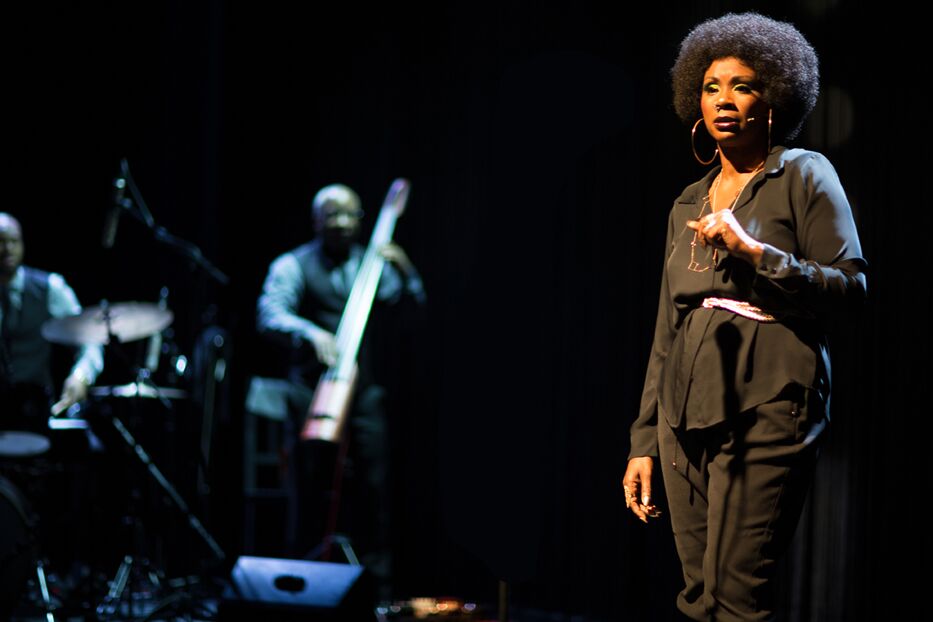 The story of a legendary singer-songwriter and activist comes to life in the critically-acclaimed Nina – A Story About Me And Nina Simone at Birmingham Repertory Theatre from 6 – 10 March.

Celebrating the singer-songwriter’s political passion and musical genius, Nina – A Story About Me And Nina Simone, is a searing mix of storytelling and songs. Starring the Olivier award-nominated, Josette Bushell-Mingo, and accompanied by a live band, the show draws together tales from the life of Nina Simone and Josette’s own extraordinary career.

Nina Simone was one of the most extraordinary artists of the twentieth century. She was the consummate musical storyteller who used her remarkable talent to create a legacy of liberation, empowerment, and love through her work. Touching upon the 1960s civil rights movement, the show draws into parallel the struggles of the civil rights movement today and questions how far we’ve really come.

Having played to packed out audiences at London’s Young Vic and at the Edinburgh Fringe Festival the show now comes to Birmingham as part of a UK tour. Some of Nina Simone’s best-loved songs such as Feeling Good, I Wish I Knew How It Would Feel To Be Free and I Loves You Porgy combine with a clear provocation in this production directed by Dritëro Kasapi who said:

The music of Nina Simone is really iconic. She was a true pioneer, and a virtuoso musical storyteller. Josette lays her heart on the line in this production, just like Nina did, performance after performance.

When I began the artistic process for Nina – A Story About Me And Nina Simone, I thought that the piece was going to be about my relationship with Nina. I have found that it is much more than that. The production is about our relationship to each other, through the prism of blackness.

Josette Bushell-Mingo OBE was nominated for an Olivier Award in 2000 for Best Actress in a Musical for her role as Rafiki in the London production of The Lion King.  Her many theatre credits include Romeo And Juliet with Damien Lewis at Birmingham Repertory Theatre, The Two Gentlemen of Verona (RSC) and Simply Heavenly (West End) and The Vagina Monologues (New Ambassadors Theatre).

A Unity Theatre and Riksteatern co-production with dramaturgy by Christina Anderson, design by Rosa Maggiora, musical direction by Shapor Bastansiar, lighting design by Matt Haskins and video by Dritëro Kasapi.