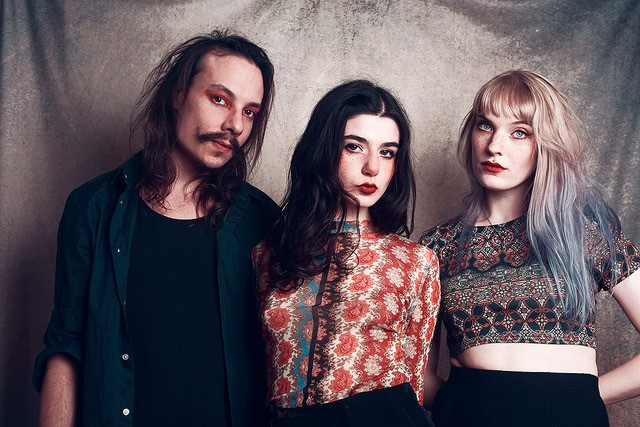 Clangorous and climactic, ‘Dissociation’ highlight “Sick As A Dog” sees A VOID continue to source inspiration from musical greats like Hole, Silverchair and Babes in Toyland, but with a fresh futuristic spin. With swirling riffs that are as infectious as they are overcast, the track’s message is more optimistic than its stormy sound might suggest. Vocalist Camille Alexander explains:

“”Sick As A Dog is a cathartic track about the pain of separation and fear of abandonment. Rather than being a dark song, it touches on the idea of channelling pain through several emotional states, with the recurring theme of mental health in our lyrics.”

Following “Stepping on Snails” and “5102” as the final single to be taken from A VOID’s long-awaited new album ‘Dissociation’, the melodic and murky new cut is also the track that gave the record its name. Grappling with tricky mental processes and the harsh disconnect many of us feel from our thoughts, feelings and identities, the album’s title was plucked from the track’s closing lines: “When all the changes make you lose the plot / and bring you to a state of dissociation.”

Released today (9 September), ‘Dissociation’ is described by the band as a “pandemic baby” and was written and composed during lockdown by frontwoman Camille Alexander. Later arranged with the help of bandmates Aaron Hartmann (bass) and Marie Niemiec (drums), the album was finally recorded between 2019 and 2021 at Stakeout Studios in London when the band enlisted producer Jason Wilson (Reuben, Senser, Dinosaur Pile-Up).

Taking listeners on an emotional journey through its twelve tracks, and playing out like a snapshot of its isolated and uncertain gestation period, ‘Dissociation’ celebrates everything from heartbreak to womanhood to battles with mental health. A VOID explain:

“Nothing is all black or white. Dissociation happens when we experience a chain of significant events. We go through different phases, we question our actions and those of others. It’s very human to realise that there isn’t just one version of yourself, they all coexist. When you compose an album like this, each song is a reflection of a different personality at a given moment.”
But despite its more hard-hitting themes the trio refuse to compromise on fun, with absurdity and an inhibited attitude coursing through each track. The trio add:

“We’re a pretty goofy band. It wouldn’t make sense to do what we do together without having fun. There are so many emotions that go through us on a daily basis, that even in the worst moments we can’t help but laugh. This is what we talk about in “Sick As A Dog”: laughter as a means of overcoming traumatic experiences and events. We don’t hesitate to integrate cheeky things into more serious choruses.”

After forming in Paris, A VOID evolved on the blistering London scene, delivering riotous live performances that any punk pundit would be proud of and gaining attention from a range of tastemaker names. Gaining praise from the likes of 1883 Magazine, Devolution Magazine and It’s All Indie amongst others, Notion lauded earlier single “Stepping on Snails” and said: “Propelled by driving basslines and drop-dead drum beats, distorted riffs layer with Camille Alexander’s vocals, which echo through the track with impressive range, from angelically affecting to outbursts that are borderline violent.”