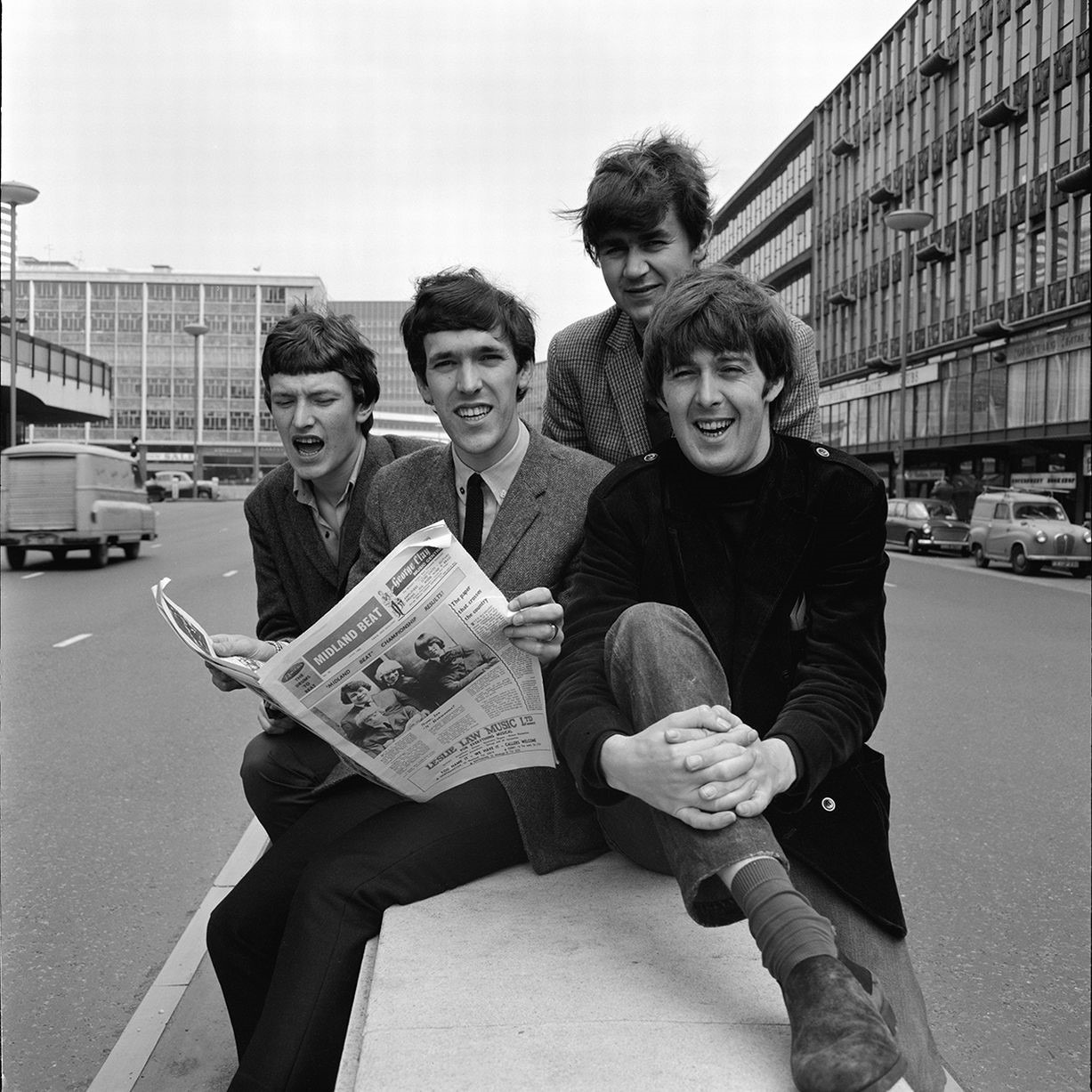 Free Admission – Every Sunday – From 6pmFrom Rock and Roll to Ska to Cajun to Rock – making all the stops along the way. A gumbo of music styles with just one thing in common – they all rock!

WHAT’S ON AT BIRMINGHAM ROCKS AT VELVET MUSIC

Looking Back At Earlier Birmingham Rockers…

Looking back at the most important of the musicians who emerged from that cauldron of talent of the Brum Beat boom of the mid 1960s, one man seems to stand apart from the others. He never seemed to have set out to achieve fame and fortune, simply to play good music, preferably with his mates.

Steve Winwood’s first experience of playing in a band came when he was but eight years old, when he played piano along with his father and elder brother in the Ron Atkinson Band. Because of his tender years, when the band played in pubs or licensed clubs, they would turn the piano with its back facing the audience so that the distinctly under-age Steve wouldn’t be seen.

Stephen Lawrence Winwood was born on May 12th 1948 in Handsworth before his foundryman and semi-professional musician father moved the family to Atlantic Road, Erdington. Steve became a choirboy at St. John’s Church of England in Perry Barr, started playing piano at four and quickly developed a fascination with Dixieland and Swing at that incredibly early age. He attended Great Barr Comprehensive School and went to The Birmingham & Midland Institute to study piano, but did not complete the course. One can only assume that Steve’s precocious talent meant that he was already way ahead of those that purported to teach him. While still at school, he somehow acquired a Hammond C3 and got involved in Brum’s blues and jazz activity.

My band at the time, The New Magnolia Jazzmen, had been ejected as house band from our weekly residency at Aston’s College of Advanced Technology, due to the Student’s Union decision to focus on the emerging beat boom, whatever that was. They were to open with some upstart Liverpool band with a ridiculous name, The Beatles – “They’ll never get anywhere with a silly name like that,” I told them. So we decamped across the street to hold sway weekly at The Warwick Castle. When our regular piano player, a West Indian named Ron Daley who played and even looked like Count Basie, couldn’t make a date, he would put in a dep, the fourteen year old Steve Winwood and he was terrific, of course, but he never let on that he could sing! Steve was also playing with The Muff Woody Jazzmen, led by his bass-playing elder brother, Muff.

Swansea-born, Birmingham University graduate, the folk/blues guitar player and singer, Spencer Davies was teaching in Small Heath by day, playing solo in clubs at night and had decided to form a rhythm & blues band to go into a Monday residence at The Golden Eagle on Hill Street. He recruited the Winwood brothers, with Muff on bass guitar, Steve, at 14, playing guitar, keyboards and singing like Ray Charles and nicked, of course, my drummer, Pete York; to complete the line-up of the uninspiringly-named Rhythm & Blues Quartette.

Westminster-born Chris Blackwell, living in Jamaica, was one of the first to record the popular music of the Island known as Rock Steady and later as Ska. In 1959, at the age of 22, he formed his now famous Island Records. Returning to England in 1962, he first made ends meet selling records from the boot of his car to the Jamaican community whose music was not then being made readily available by UK record labels. In Birmingham in 1964, he stumbled across The Rhythm & Blues Quartette, immediately grasped their potential and signed them to Island Records. His first move was to demand a name change. Muff reasoned with Steve and Pete that if they named themselves The Spencer Davis Group, then they could lie in bed mornings while Spence would have to get up to do the press interviews, and his argument prevailed. To put things into perspective, Chris Blackwell was later to say that “Steve Winwood was the cornerstone of Island Records. Because he was with us, a lot of other talent signed to the company”.

There’s no doubt that Steve was the star, but never ever underestimate the contribution of those other band members. That band were as terrific onstage as they were in the recording studio.

Despite their huge success, Steve seemed to remain as diffident as ever, never seeming to be aiming at stardom, just doing his job, playing his music just as it should be played and walking away at the peak of his success seemingly without regret. He formed a band with his mates who he late-night jammed with at The Elbow Room in Aston, no doubt fortified by Frank The Yank’s legendary steak sandwiches.

Apparently, Steve, still only 17 years old, simply wanted to be in a band with kids of his own age, which he did in 1967 when he co-founded Traffic, along with guitarist and singer, Dave Mason, Jim Capaldi, drummer from The Hellions and the remarkable Chris Wood, saxophone and flute player who he nicked from my band, The Locomotive. I well remember the other three guys from Traffic arriving at our recording session at Zella Records to pick up Chris, having driven from London in an open-top Triumph Herald having recorded their journey on a microphone taped adjacent to one of the car’s rear wheels. They were enjoying listening to the playback, while responding to my questions of “What was that for” with an only slightly scornful, “it’s Traffic, man!”

Traffic, who began as a psychedelic rock band, of course, continued to enjoy enormous success, with several breaks and personnel changes, through to 2004. In February ’69 Steve left to join former members of Cream, Eric Clapton and Jack Bruce with Ric Grech in Blind Faith, then left for Ginger Baker’s Air Force where he stayed for most of 1970, the same year that he re-joined a reduced Traffic, just him, Jim Capaldi and Chris Wood, though they would soon to be joined by Ric Grech.

He left Traffic to go solo in 1975, though he did appear with them from 1994 to 2004. Since then he appears to have appeared with who and where took his fancy, including an appearance in the film “Blues Brothers 2000” as a member of the Louisiana Gator Boys alongside  B.B. King, Eric Clapton, Koko Taylor and Bo Diddley.

Steve played guitar on recordings with Muddy Waters, John Lee Hooker, Howlin’ Wolf, B.B. King, Chuck Berry and Bo Diddley. He was inducted into The Rock and Roll Hall of Fame as a member of Traffic in 2004, honoured as a BMI Icon, ranked at #33 by Rolling Stone in its 100 Greatest Singers of All Time, won two Grammy Awards, nominated twice for a Brit Award for Best Male Artist and in 2011 he received the Ivor Novello Award from BASCA. He lives in a 300 year old manor house in the Cotswolds with his wife, formerly Eugenia Crafton from Trenton, Tennessee with who he has four children. Not too shabby for a kid from Atlantic Road in Erdington who never showed any ambition to achieve fame and fortune, a musician and singer who simply got on with the job of playing good music, selling some 50 million records in . An outstanding contributor to Birmingham’s reputation of The UK Capital of Rock and Roll.