Published by admin On September 6, 2015 Leave a response 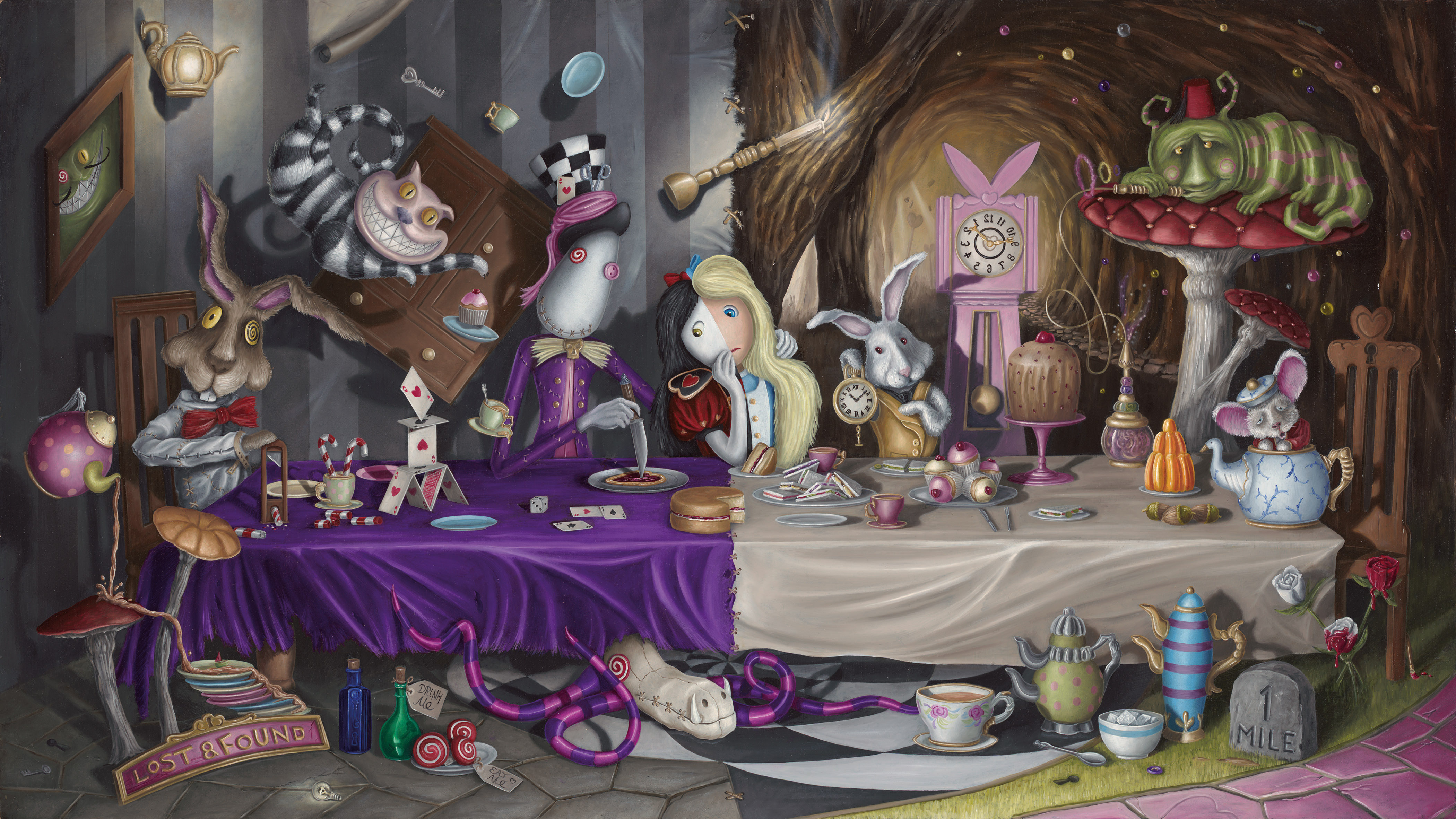 Inspired by Lewis Carroll’s famous children’s novel Alice’s Adventures in Wonderland (1865) and its sequel, Through the Looking-Glass (1871), the series of six new oil paintings and four sculptures feature familiar characters including Alice, the Hatter, the Caterpillar and the White Rabbit.

Yet this ‘Wonderland’ is also unfamiliar – a place that is now under threat from Alice’s last visit when she left behind seven sins from the mortal world. The collection, which tells its own story of Alice’s adventures, has taken the acclaimed artist 9 months, 36kg of clay, 36 maquettes and over 5,000 individually made objects to create.

Peter Smith, who was signed by Birmingham based fine art publishers Washington Green in 2005, and is one of Castle Fine Art’s top selling artists, said:

We couldn’t ignore the fact that Alice in Wonderland celebrates its 150th birthday this year…be prepared to view a different kind of Wonderland; a Wonderland twisted and crafted around classic literature mixed with fairy tales through the eyes of a very different Alice.

Peter’s new collection invites the viewer into a wondrous world of surrealism and symbolism. Fans of the work can take pleasure in this collection on two levels; the expertly painted compositions – which Peter painstakingly built in clay before painting – and the story behind them.

This year, Castle Fine Art celebrates 20 years in the business and a decade of working with Peter, who remains one of our top selling artists across out portfolio nationwide.

Originally from Mansfield, Nottingham, Peter Smith is a self-taught artist whose background in the fashion, media and advertising industries feeds into his artwork.

Alongside his wife Jayne, he is best known as the creator of one of the UK’s most collectable artwork brands – the famous striped rotund characters called the ‘Impossimals’. Impossimal artwork is exclusively published in the UK by Washington Green Fine Art and distributed through its subsidiary, Castle Fine Art, and other independent fine art retailers worldwide.

Our aim has always been to make people happy. We simply take a gentle childhood combine it with what makes us smile and paint it, if a smile is returned or a memory stirred then we have done our job.

Peter Smith’s ‘Lost Alice’ collection is available to buy from Castle Fine Art, ICC, Broad Street, B1 2EA from Friday 2nd October. Costs start from £295 for sculpture and from £375 for canvas on b oard limited edition prints. Pieces can also be bought from Castle Galleries’ network of high street stores across the UK or online: www.castlegalleries.com