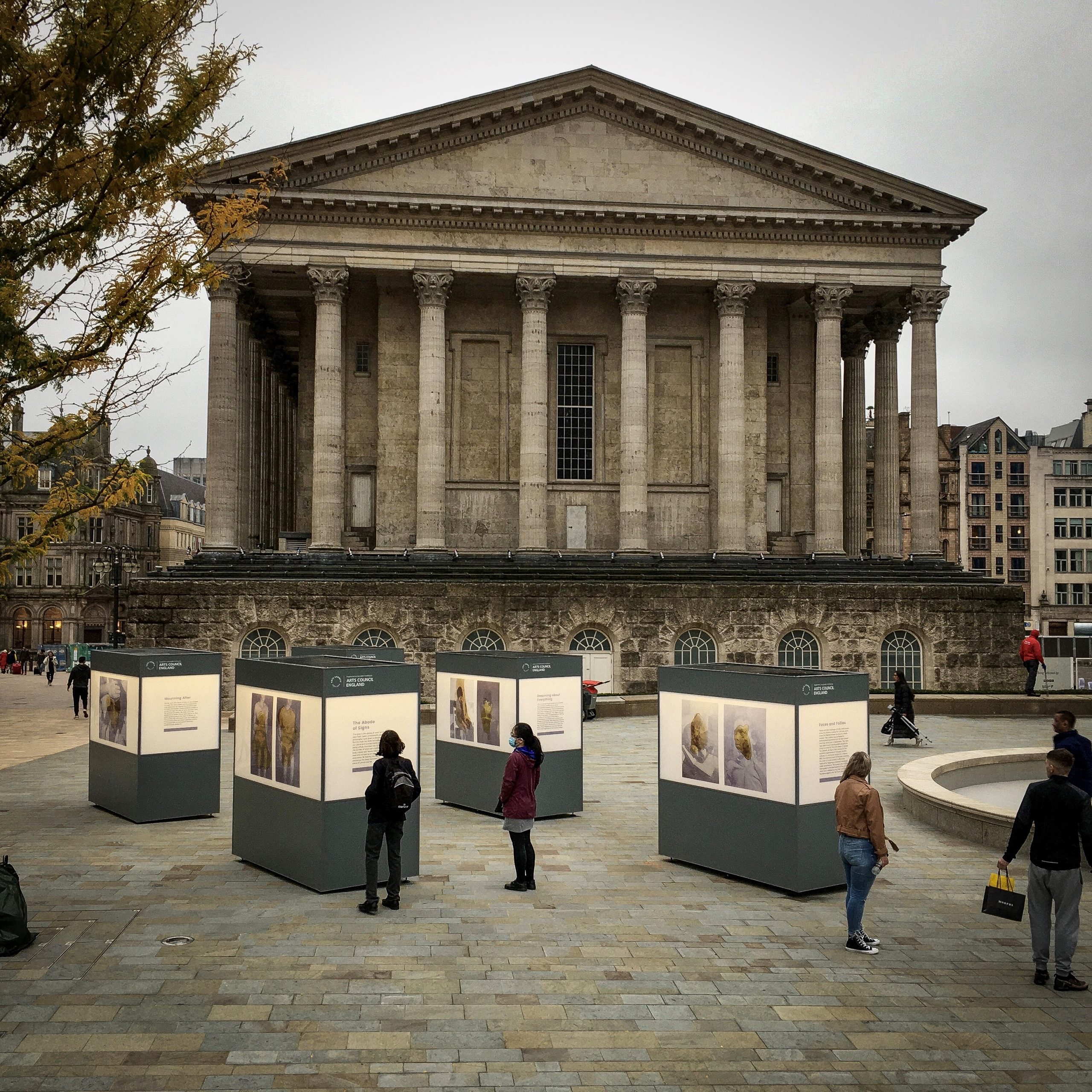 A new outdoor exhibition in Birmingham’s Chamberlain Square is marking the 50th anniversary of Bangladesh’s independence. Lost Memory Eternalised showcases artworks and writing by artist Mustafa Zaman that explore the body, trauma, history, and politics in Bangladesh. It will be on display from today, 20October until 14 November.

Mustafa Zaman was born 1968 and is a significant part of the growing contemporary art world in Dhaka. His series Lost Memory Eternalised was made from found images and was inspired by a chance encounter when the artist discovered ants in his honey. The historic images overlaid with a torrent of drowned ants create haunting, poetic visuals to make us think about the impact of politics and history upon us as individuals.

Mustafa Zaman says about Lost Memory Eternalised, “This series of images brings focus to the historical moments in Bengal which endured 200 years of colonial oppression. It addresses the trauma and alienation modern life has given rise to as the legacies of the past continue to haunt the people in this region. My primary goal was to create some imaginary relics through which to reach an eddy of thoughts and emotions.”

Rebecca Bridgman, Curatorial and Exhibitions Manager, Birmingham Museums Trust says, “We’re delighted to be presenting the work of Bangladeshi artist, Mustafa Zaman which has rarely been seen outside South Asia. The images in Lost Memory Eternalised are at times haunting while others are beautiful, exploring Zaman’s theories about the body, trauma, history, and politics in Bangladesh and the wider world.

The exhibition was developed jointly by Birmingham Museums Trust and Dhaka-based arts organisation Bengal Foundation and at a time when Birmingham Museum & Art Gallery is closed for essential work, we’re thrilled to be bringing art outdoors to Chamberlain Square.”

Luva Nahid Choudhury, Director General at the Bengal Foundation says, “We are excited that the programming developed in collaboration with the Birmingham Museums on the 50th year of Bangladesh’s independence, which included talks and film screenings earlier this year, culminates in the outdoor show of a series of photographic works by artist and art-writer Mustafa Zaman. We hope that this stimulating body of work will acquire new significance in the post-Covid era, in inspiring audiences to delve into the complexities of our time and reflect on social construct.”

Lost Memory Eternalised a collaboration between Birmingham Museums Trust and Dhaka-based Bengal Foundation, a leading Bangladeshi arts charity. It is part of a shared artistic programme that marks the 50th anniversary of Bangladesh’s independence and is funded by British Council Arts through the Digital Collaboration Fund. The original development of and collaboration for this exhibition was made possible through Transforming Narratives (TN), a ground-breaking programme to support exchanging contemporary narratives between creative and cultural practitioners and organisations in Birmingham, Pakistan and Bangladesh. TN is supported by Arts Council England and delivered in association with The British Council.

Lost Memory Eternalised is in Chamberlain Square, Birmingham from 20 October until 14 November.