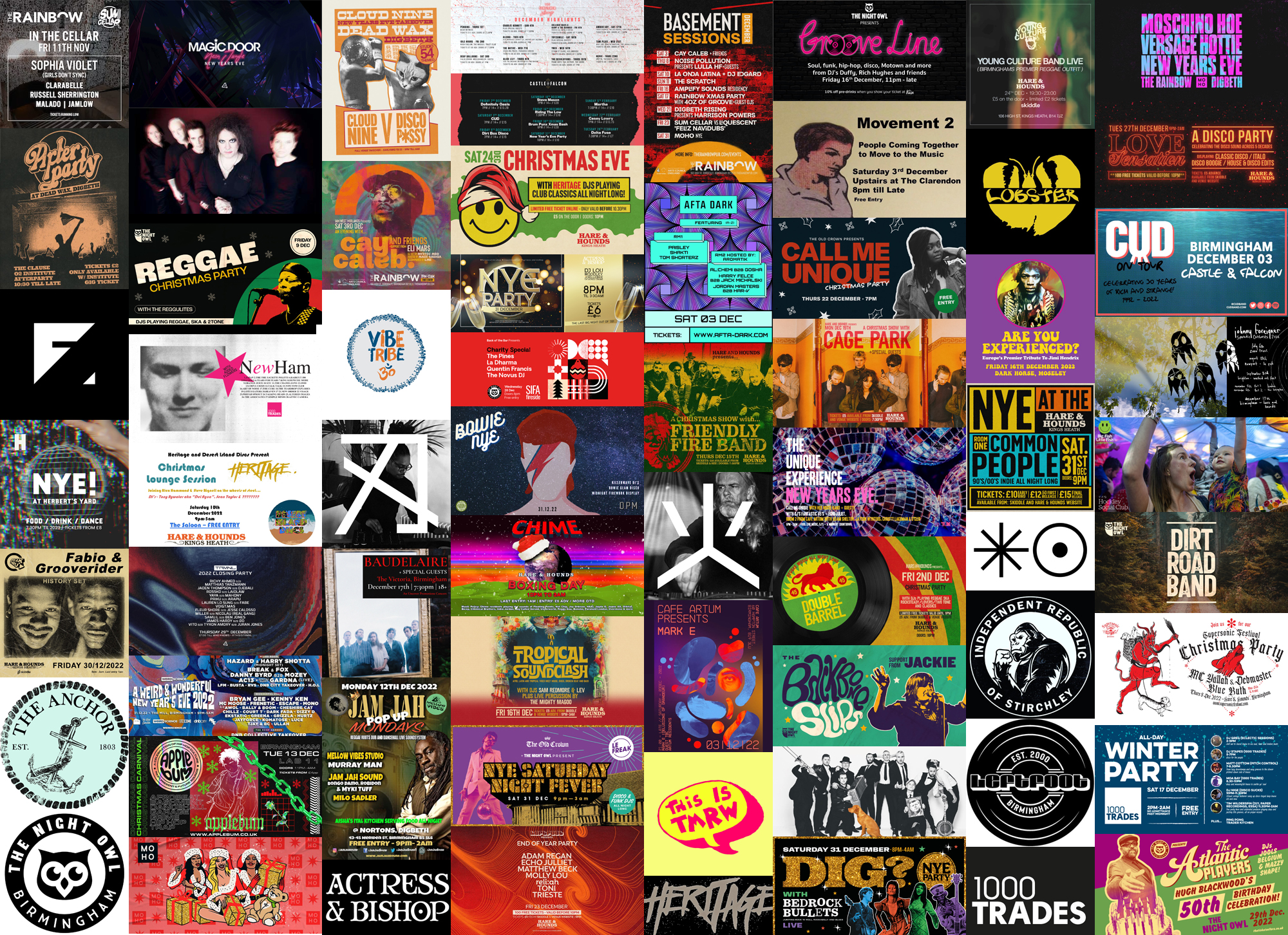 Here’s our take on the coolest original live music and DJ nights in Birmingham this December, including the best Christmas and NYE parties for 2022.

We search high and low to bring to you the best original music Brum has to offer each and every month. Since 2015.

16th December – The Dirt Road Band (members of Dr. Feelgood, The Specials, The Selecter, The Beat)

17th December – An Evening with Psykhomantus

Expect to be transported to a weird and wonky forest illuminated by mind bend neon & UV lights. Also as usual, expect a a fully kitted out complement of Magic Door crew including DJ’s, Crafty Girls, G.o.D, The Devil + a truck load of glitter, UV paint, Magic Beans and of course, a real Magic Door!

31st December – NEW YEARS EVE AT THE HARE AND HOUNDS

23rd December – Fairytale of The Pogues – The Rapparees

15th Dec. THE RESOLUTIONS + PRIME BOYZ, THE ASTRAS & THE SHORE

Vibe Tribe is BACK. Hosted by Milk St Xmas Market, Vibe Tribe will have its own stage and will show some of Birmingham’s most talented artists and bands.

10am-7pm is the Milk St Xmas Market, jam packed with vintage clothing, street food, wine tasting, arts and crafts stalls, and so much more! The Vibe Tribe family is bringing you live music from bands, artists, and buskers.

7pm-LATE will be the Vibe Tribe after party. Featured DJ’s playing everything from garage, hip-hop, reggae, drum and bass, jungle and bashment. FREE ENTRY.

Bringing you a night of the best Jungle, Drum and Bass, Ragga, Dancehall and Reggae across 2 Rooms.

As a result of the recent announcement from the BBC about the redevelopment of the old Typhoo Tea Factory the team behind Suki10c are having a proper underground rave to say farewell to Tea Works.

16th December – Are You Experienced? The No1 Jimi Hendrix Tribute