Celebrating Everything Gloriously Indian in Birmingham this Year 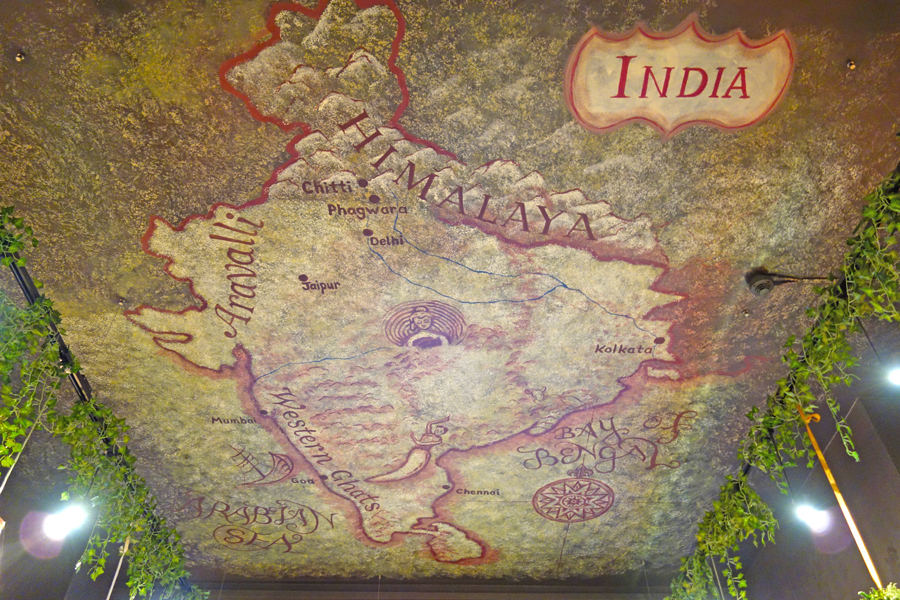 This year was always going to be big for events, festivals, and general activities with friends and family after two years without as many options. Being in a very multicultural city like Birmingham, we get to enjoy a greater range of arts and entertainment, novel ideas from overseas, and a much more vibrant atmosphere at public events. One of the biggest communities that helps to bring colour to the Birmingham scene is the Indian population.

Only behind Leicester, Birmingham boasts the second-largest Indian population in the UK, with 4.6 per cent of the total people of the Indian ethnic group in England and Wales calling the City of a Thousand Trades home. That figure is from the 2011 Census, though, so now, it’s possible that it’ll be a larger figure. With them have come so many incredible experiences for us all to enjoy, from new media and festivities to some of the very best eateries in the country.

From incredibly live experiences to the finest curries going, this is some of the best that Birmingham’s Indian contingent has added to the community.

On the big screen

In 2022, the cinemas set about making a huge comeback after streaming services took advantage of the need for shows and movies to be sent to homes. As the year wound down, we were treated to a bunch of great flicks, like The Menu, joining the ranks of Top Gun: Maverick, Jurassic World: Dominion, The Batman, Elvis, Black Adam, Nope, Bullet Train, and Smile. Importantly, it’s not just the biggest flicks from home and across the pond that have been promoted across Birmingham.

The Birmingham Indian Film Festival, from 24 June to 5 July this year, showcased a grand range of indie feature, short, and documentary movies from South Asia. Having started in 2015 and required to take a break over the last couple of years, the movie fest came roaring back in 2022, winning the Asian Media Awards’ Best Live Event 2022, alongside its sister events up in Manchester and over in London. Of course, Indian cinema is best known for Bollywood productions, which is why it’s not a surprise that Birmingham has its very own branch of the Bollywood Karaoke Club in Lingfield Court.

Every year, one of the biggest dates on the calendar is Diwali. The festival of lights is celebrated en masse by Hindus, Jains, and Sikhs. With the Indian community being so prominent in Birmingham, the city gets treated to the colourful, cheerful run of festivities for five days. This year, celebrations began on 22 October, but there was much more to enjoy before Diwali got underway in the city. On 9 October, Handsworth welcomed hundreds of people to see the Diwali lights switched on to get set for the huge return of the main event.

Birmingham’s primary event for the festive period is Diwali on the Square in Victoria Square, which had to be reeled in recently. For 2022, on 15 October, Garry Sandhu came to headline, marking a triumphant return for the showpiece event in the city. Along with Sandhu, there were dance groups Chitraleka and the Bollywood Dreams Dance Company, as well as musician Hemant Patel. Also at the event were stalls serving authentic Indian food and activities like face painting, making for an exciting and welcoming atmosphere for all.

Indian entertainment is at its very best when it’s live. At festivals like Diwali, live musicians and dancers are the stars of the show, offering an immersive experience unlike any other. Naturally, Birmingham has a fine tradition of putting on live acts, with comedy never failing to command a crowd. Friday Night Comedy and Saturday Night Comedy tend to do well at The Glee Club Birmingham, with live shows making a comeback this year.

One of the big shows to round off this year was The Indians are Coming – Diwali Dhamaka. The comedy tour landed in Warwick in late November, starring Anuvab Pal, Sukh Ojla, Preet Singh, and Kai Samra. So prominent has Indian culture become in Birmingham and beyond, though, that you don’t always have to venture out – especially this time of year – to experience top-class live Indian entertainment.

Two of the most popular games of the subcontinent, Teen Patti and Andar Bahar, can now be enjoyed at online casinos in the form of live games. Powered by the latest in live streaming technology, you can play these classic card games in real-time opposite a real human croupier. With a distinctly Indian aesthetic to the whole experience, the nation-favourite games offer a different way for you to delve into the culture through live entertainment.

Of course, we can’t talk about the influence of Indian culture on Birmingham without giving a huge nod to all of the superb restaurants and takeaways that have been established here. While Indian food is a huge favourite in the Midlands, so many of the award-winning curry houses, chefs, and specials hail from Birmingham and the surrounding area.

Birmingham reaps the benefits of its bubbling Indian community every day, but especially when the culture gets to shine through movies, festivals, live entertainment, and through its glorious cuisine.