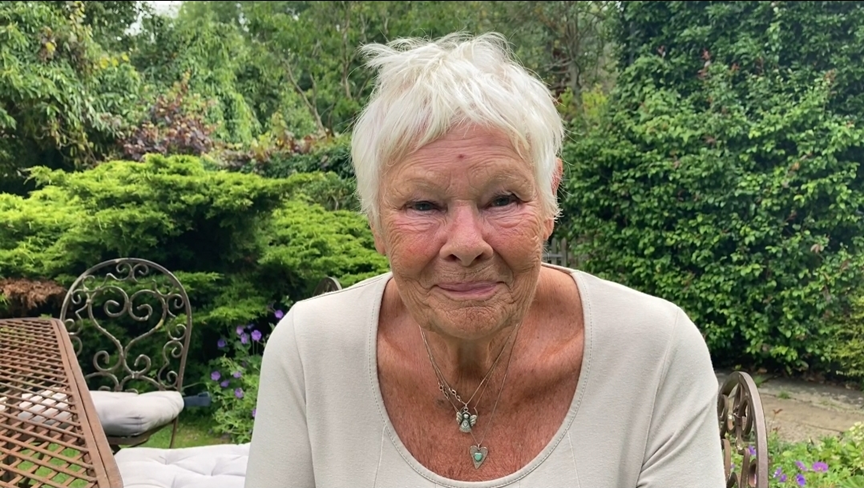 Oscar winner and ‘national treasure’ Dame Judi Dench has congratulated a young theatre company for their award-winning production of George Bernard Shaw’s intimate comedy Village Wooing, and wishes them luck as they take the show on the road.

This hour-long play is a charming two-hander in which the characters, simply named ‘A’ and ‘Z’, play a relentless game of cat and mouse across land and sea. The characters, a distinguished author and a small-time shopkeeper respectively, meet in the luxurious surroundings of a round-the-world cruise. She has the recipe for a holiday romance, but he is writing to a deadline. Separated by sex, class and wealth, there could hardly be two more unlikely travelling companions. Bernard Shaw’s charming tale pits these two lively minds against each other with very unexpected results.

After opening at The Palladian Church in the Hertfordshire Village of Ayot Saint Lawrence in the summer of 2021, and an initial run in the Camden Fringe Festival, the piece garnered four and five star reviews from critics and positive audience comments: “A delightful way to spend the afternoon. On occasions laugh out loud funny with surprisingly modern nuances. Two outstanding performances and deftly directed.”

SHAW2020’s production, directed by Birmingham born Jonas Cemm, won a ‘Standing Ovation’ award at the 2021 London Pub Theatre Awards, and was a finalist for an OffFest award at 2022 Offies. Village Wooing is sponsored by The Shaw Society and stars Joe Sargent as ‘A’ and Birmingham School of Acting (now Birmingham Conservatoire) alumni, Maryann O’Brien as ‘Z’.

Dame Judi, who was nominated for Best Supporting Actress at this year’s Academy Awards for her performance in Kenneth Branagh’s Belfast, appeared alongside the late Richard Briers in the play on ITV in 1979.

“Congratulations to Jonas and the team for the nomination and win for Village Wooing, a play I have fond memories of performing in,” said Dench, who is a Shaw Society vice-president.” It’s wonderful to see SHAW2020’s work continue to thrive as shown by this industry recognition. I wish their production continued success.” she concluded.

Village Wooing is showing during the closing weekend of the ninth annual Birmingham Fringe Festival at the Blue Orange Theatre in the Jewellery Quarter. Visit blueorangetheatre.co.uk for tickets and details.