Published by admin On November 14, 2016 Leave a response 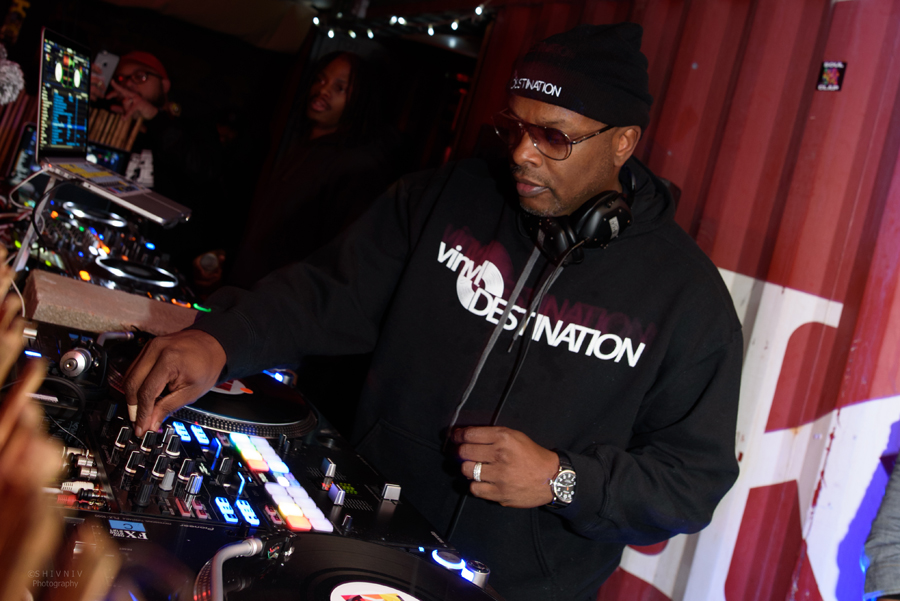 Staying true to their reputation of commissioning some of the most original and authentic artists in the black music scene, Punch Records Kicked off their 11th BASS festival on Thursday night, with Hip Hop legend, Philadelphia’s golden boy and master of scratch, DJ Jazzy Jeff.

As the doors of Digbeth’s Lab11 opened, the venue began to fill with a crowd as diverse as Hip Hop culture itself, ranging from students keen to discover the artists that inspired their current chart topping favorites, to old school Hip Hop aficionados who could recall the release of each track DJ E Double D was spinning to warm up the show.

As the legend Jazzy Jeff took to the decks, the crowd erupted into cheers – From then on the room was bouncing to a set that featured Hip Hop classics from artists such as Biggie, Eve and Jay Z blended with a few surprises such as a Joni Mitchell break-down and of course a sample of the Fresh Prince theme which had the whole terrace singing along.

Venturing out across the room, as dance-offs broke out and the MC brought the audience to a roar of “When I say Jazzy…You say Jeff” it was clear that this year’s Hip Hop 360 themed BASS festival will be a resounding success.

BASS 2016 runs until 28th November and a full line up is available on bass2016.co.uk, don’t miss the next event featuring two DJ’s who have BOTH been named within the top 10 greatest NYC producers of all time. Diamond D vs Large Professor will be spinning a joint 45’s set at Spotlight Digbeth on 18th November.