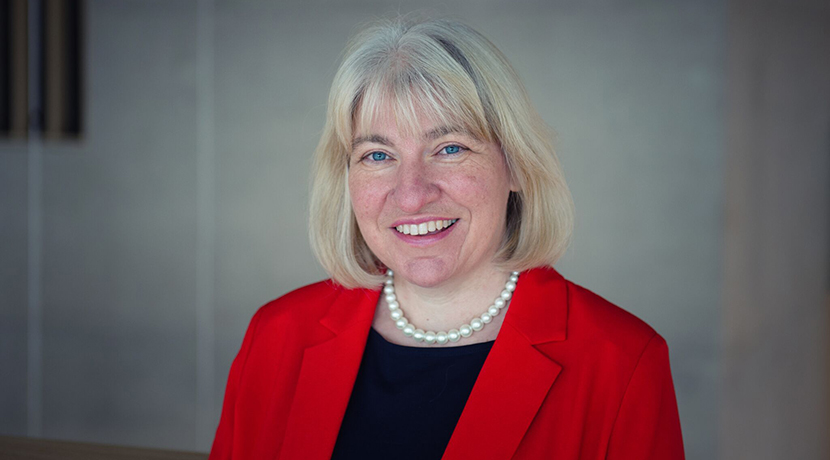 Dr Thompson has succeeded Professor Julian Lloyd Webber, who stepped down last month, in overseeing the music and acting operations at the world-renowned institution.

“I am delighted to be taking up this role at Royal Birmingham Conservatoire, with which I have had a long and happy association. It is a privilege to be leading such an outstanding community of students and staff through these unprecedented times. Their commitment, creativity, resilience and mutual support is second to none, and I am looking forward to working with them in my new capacity over the coming months.”

Shirley Thompson graduated from the University of Hull with a first-class BMus degree in 1987. She subsequently undertook a PGCE (at the then Birmingham Polytechnic – now Birmingham City University) after which she spent three years as teacher-in-charge of Music at a Northamptonshire secondary school.

Having won a British Academy Major Scholarship to return to study for a PhD at the University of Hull, she was awarded her doctorate in 1998 for a thesis on the music of the seventeenth-century French composer Marc-Antoine Charpentier (‘The Autograph Manuscripts of Marc-Antoine Charpentier: Clues to Performance’). In her early career, she combined her interests in academic music with practical music making, including regular public performances as a solo and consort singer in an early music ensemble, and a spell as accompanist to a children’s choir.

Following a five-year period as a Lecturer (then Senior Lecturer) in Music at the University of Wolverhampton, she moved in 2001 to Royal Birmingham Conservatoire where, after occupying a series of different roles, including Director of Postgraduate Studies in Music, she was appointed Vice Principal for Music in 2018, and Interim Principal in September 2020.

Throughout her academic career, Shirley has balanced teaching (undergraduate and postgraduate), doctoral supervision, research, administration and management. Over that time, her research has continued to focus on French Baroque music and on Charpentier in particular. Her publications have included an edited book on Charpentier (Ashgate, 2010), a 700-page, two-volume critical edition of the composer’s motets (Centre de Musique Baroque de Versailles, 2018) and a co-edited book on Rameau’s operas (Routledge, at press), along with numerous articles and book chapters. She has also prepared many performance editions of Charpentier’s music, including music for two BBC Promenade Concerts, and has contributed as a reviewer (of books, recordings and scores) to a range of publications.

Currently she is part of the team at Royal Birmingham Conservatoire preparing to host the next International Biennial Conference of Baroque Music. She is an active member of the US-based Society for Seventeenth-Century Music, and has been Chair of both the Program Committee and the Nominating Committee. She is currently a member of the editorial board of the Society’s Journal for Seventeenth-Century Music.