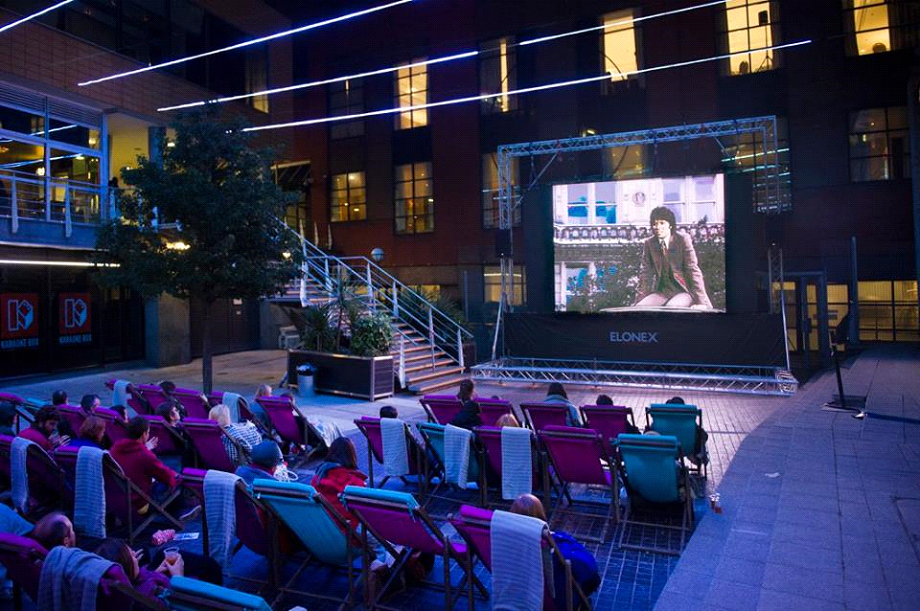 Whether you have heard of Flatpack before or not, it’s fair to say that it is making movements. The unique charitable organisation’s aim is to bring films, performances and products of creativity in general to people from all over.

Flatpack hold an annual festival in Birmingham in the spring time, with the streets of Digbeth and the Custard Factory providing the perfect home for the meeting of creative minds.

The project encapsulates an eclectic combination of mixed-media, live cinema and even offbeat shorts aimed at children.

This year will be the 11th year of the film festival, which has continued to grow in popularity since its inception that was a natural progression from the 7 Inch Cinema events that began in Digbeth in 2003. The project encapsulates an eclectic combination of mixed-media, live cinema and even offbeat shorts aimed at children.

The Victoria pub/theatre held the Flatpack 11 taster event on a rainy Wednesday in late March, a week before the festival officially begins on 4th April. The event was a screening of a selection of shorts and trailers to give a taste of what is to come at the festival. It certainly created a buzz around the imminent event and captured just a little of what the festival will be bringing to life starting next week.

Flatpack are also introducing a new project this spring called Assemble, in conjunction with the BFI Film Audience Network in a bid to champion a community of film lovers and creators in the West Midlands.

The festival itself will attract people from all walks of life, from film buffs to creatively minded youngsters. There will be screenings and live performances at the Old Rep and the iconic Grand Hotel throughout the week.

There will be a series of workshops and talks from various artists and filmmakers, including Virtual Reality and even a Laboratory! Various other venues such as the Ikon Gallery, the Conservatoire and Symphony hall will play host to performances, live music and masterclasses throughout the week.

My advice is to go along, even if you don’t have a massive interest in film. The offering is so eclectic that you will definitely find something intriguing.

The film festival will be held in Birmingham city centre as always, in the heart of the city’s culture and history on the canals overlooked by wonderful period architecture. There will be a collection of international previews as well as documentaries, giving attendees a window into the poignant yet harrowing issues in our world.

For those wanting a truly immersive and thought provoking experience, make sure you check out the Optical Sound performances, including live scores with sounds from all over the world at The Birmingham and Midland Institute. There will also be the heavily anticipated shorts competition for budding filmmakers to showcase their talent, as well as open air and floating cinemas.

The food offering will be typically Brummie, featuring food from Buffalo & Rye, The Victoria and Bodega, whilst the Jekyll & Hyde and Island Bar will be providing the drinks.

My advice is to go along, even if you don’t have a massive interest in film. The offering is so eclectic that you will definitely find something intriguing, with so many creative minds merging and such a wide range of performances and workshops you may even discover a hidden talent or at least feel inspired to start a new creative project. It is events like the Flatpack festival that make Birmingham such a vibrant and diverse city with creativity at the heart of its dynamic culture.

To find out more about Flatpack 11 festival including a day by day calendar and full breakdown of everything on offer, head to http://flatpackfestival.org.uk/