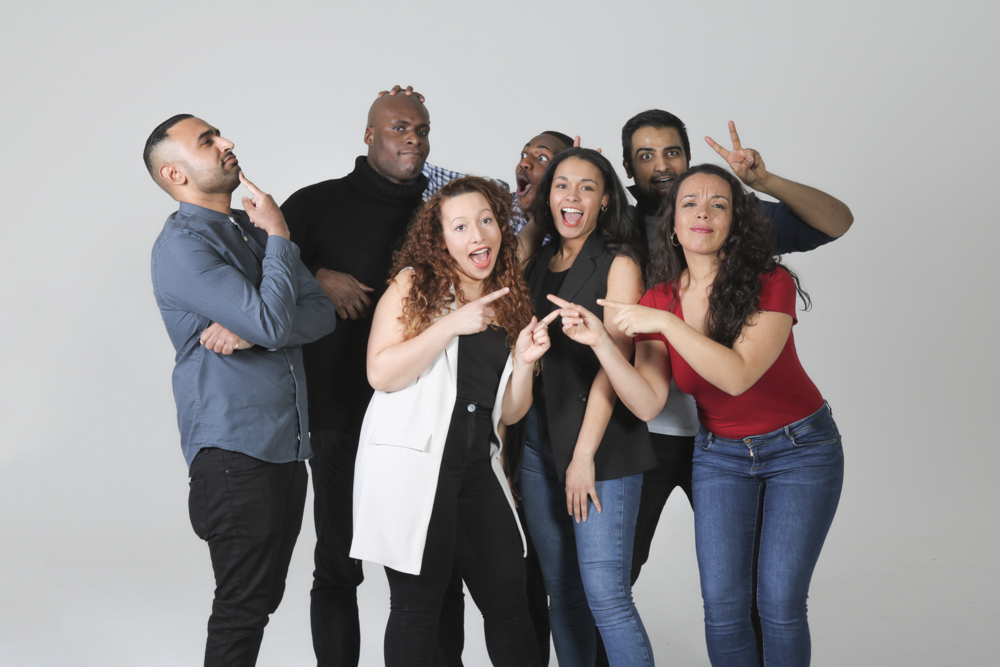 Jumprov is the UK’s First Improv Theatre Company made up of creatives entirely from Black, Asian & Mixed Race backgrounds.

The Countdown to our debut show begins!

In two months we will launch our completely improvised debut show.

The debut show will take place at The Old Joint Stock Theatre located in Birmingham City Centre on Thursday 4th May 2017 at 8PM. Tickets £10+BF via Jumprov.com

Audiences will experience a hilarious 90 minute show, made up completely on the spot featuring classic improv games with the Jumprov twist.

Jumprov was born straight out of Birmingham Improv Festival. I was there looking at the audiences, the acts and I noticed it was not representative of our diverse city. I decided to start my own improv theatre company which will help tackle the continuing issue of under representation in theatre, TV & film

Jumprov has created a platform for stories to be told with characters that are free from everyday stereotypes, prejudices faced while living in society and working in this industry. Jumprov also gives a voice and collaborative creative control to the performers and audiences. 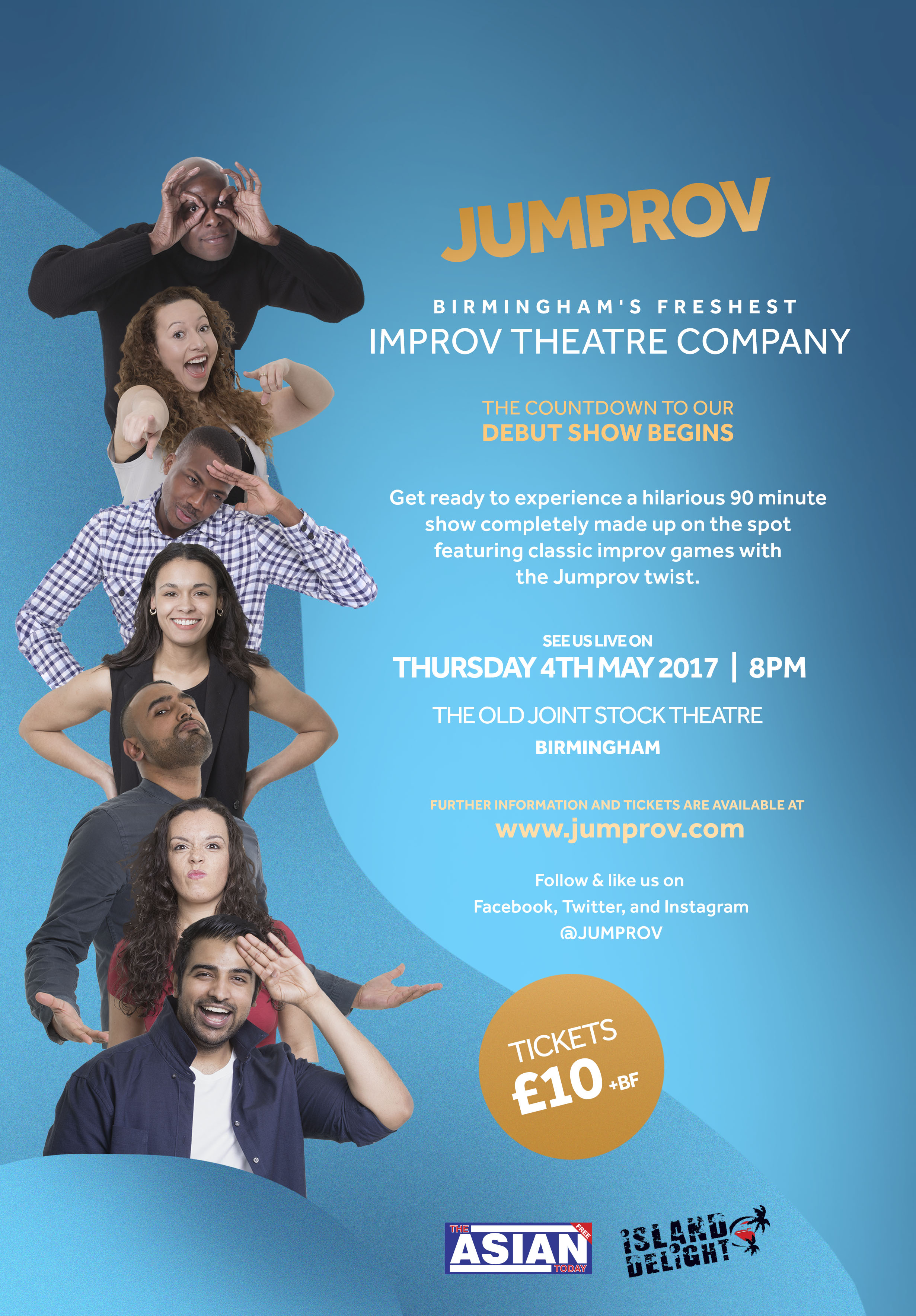 Jade Samuels
Jade is an actor who has enjoyed a very diverse career since graduating from Rose Bruford in 2013, amongst which she has appeared on BBC doctors, performed in comedy musical ‘The good enough mums club’, won 2013 Manchester Monologue Slam and works regularly with local theatre, Birmingham Rep, she also sits on the panel for the Birmingham monologue slam.

Adaya Henry
Adaya is an actor and current Monologue Slam Birmingham Winner. She was recently picked by Channel 4 drama to champion diversity on our screens. Adaya is also an emerging poet and she is in the process of setting up own theatre company.

David Jackson
David is an actor based in the West Midlands. Ever since a young child he has had a passion for acting. In 2011 David graduated from the Birmingham Theatre School after completing a one year acting diploma. He has been acting professionally for several years in. His most recent roles include being a member of Shakespeare Aloud! Additionally he has worked as an Actor/Facilitator for the one of the region’s leading Theatre in Education companies, Loudmouth Education and Training.

Chantal Erraoui
Chantal is an actor and she is currently on the Birmingham Rep’s Theatre Makers programme.

Jay Droch
Jay is an emerging stand-up comedian and writer. He was the runner up for BBC Writersroom Future Talent 2015.

Marius Turner
Marius is a brand new improviser who has trained with The Box of Frogs and many improv artists.

Further information and tickets are available at www.jumprov.com