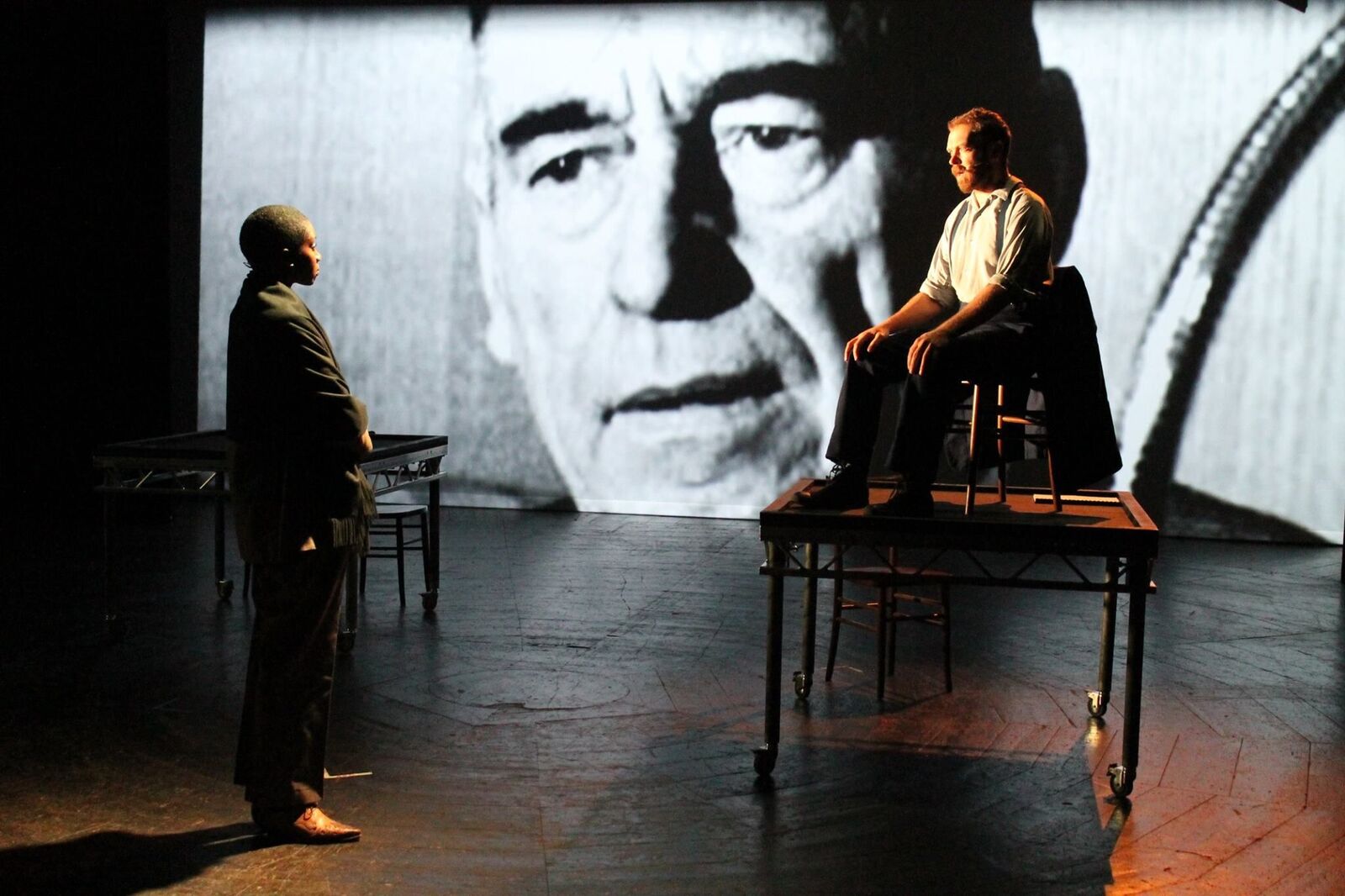 Imitating the dog’s take on Joseph Conrad’s seminal Heart of Darkness is innovative and bold; yet the production fails to create a fully formed theatrical experience.

Structured through a cinematic style, the performance centres around the use of cameras on stage, with projections, film clips and microphone effects providing proof of the sheer ambition of the concept. There were moments where these elements came together to create something truly refreshing – but in the midst of technical issues, there were also moments where the intensity of the subject matter diminished. The high number of visual components to the set also meant the narrative itself often became lost under the aesthetic value of the show. Regardless, the style lent itself to the surreal and disjointed nature of the piece and therefore provided an interesting portrayal of the story in a new way.

This adaptation plays with Conrad’s original work and sets its action in a post-apocalyptic style Europe, with protagonist Marlow as a black woman (Keicha Greenidge). These decisions, from artistic directors Pete Brooks and Andrew Quick, was part of a choice to move away from Conrad’s ‘tropes of dark continents and unknowable savage eroticism’. They provide a narrative that encapsulates a wider range of voices than the original and in doing so perform a story that is more for the twenty-first century in style and form. The ideas that come out of this adaptation are an important evaluation of the way we deal with racism and sexism today.

However, there are moments where these themes are over-explained. There is potential in this reworking, but a lack of nuance throughout creates an often patronising feel to the piece. This occurs predominately in meta-theatrical moments where the ensemble depicts their rehearsal process, with obvious and stilted dialogue.

If you are not familiar with the book, it is a difficult performance to follow. There are moments where the technical elements and the ensemble come together to create something meaningful – it just isn’t sustained throughout.

Heart of Darkness was at The Birmingham Rep until Saturday 24th November, with the tour continuing: