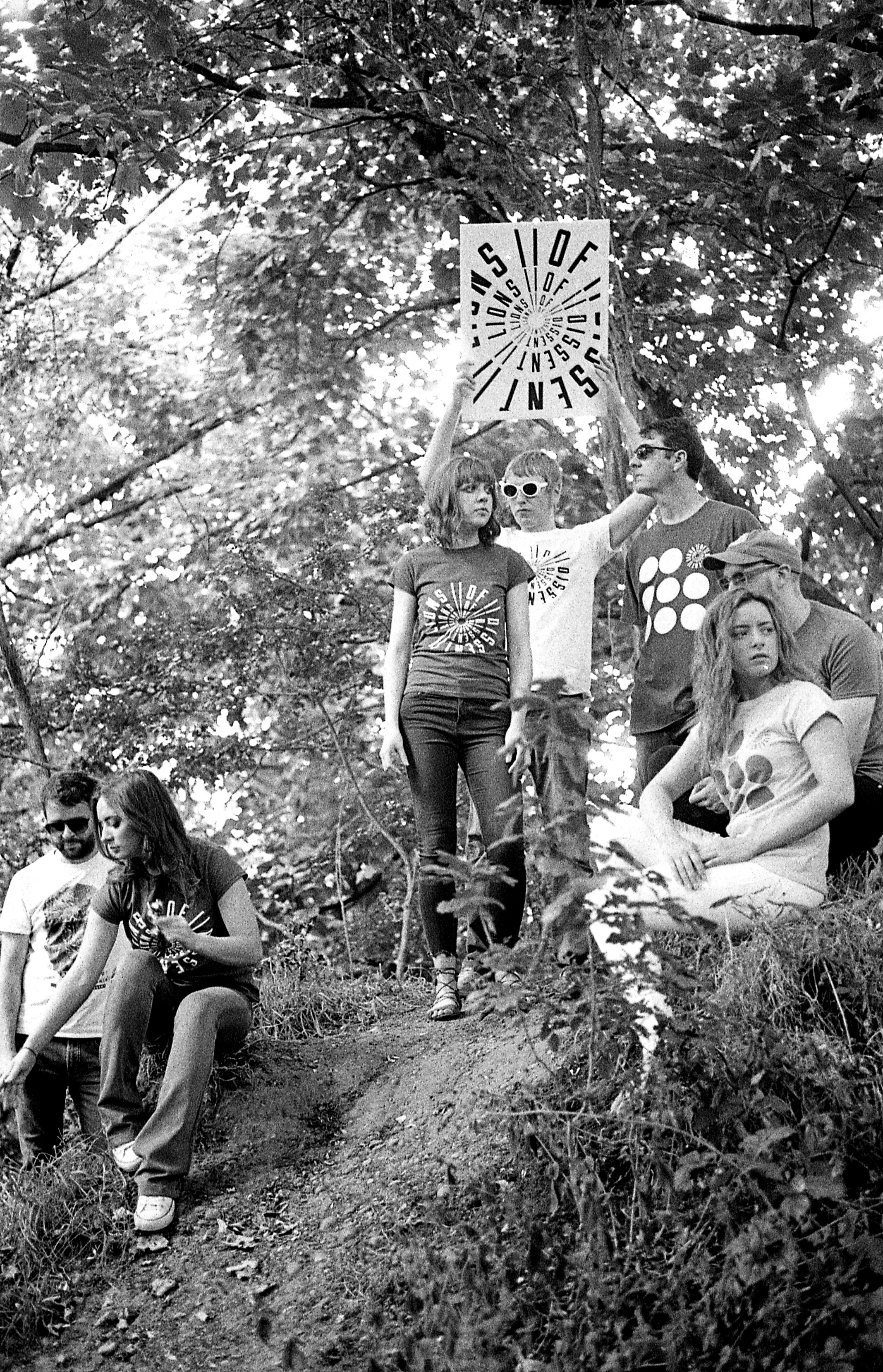 Cosmic Wolverhampton septet Lions of Dissent return with new single Turn up the Struggle, released via Lion Rebel Recordings on November 30th. The new material will follow up July’s triumphantly received debut vinyl Honey from Hell and will be available via all digital platforms and on limited edition CD.

Turn up the Struggle captures the group in a full-on, ultra expansive psychedelic disco mode, a sound described by lead singer and songwriter Tim Baker as “a dream-like parallel musical universe where NYC 79 meets WLV 18”.

The release will coincide with the group’s largest ever headline show at the newly renovated Hummingbird venue in Wolverhampton city centre on Saturday 1st December. Formerly the Little Civic, the venue was a key part of the past, and now future of Wolverhampton’s music scene. The show is a direct collaboration between the group and local promoters Ian Davies and Carl Auzins of Stay Loose / Stay Loose Records, a union born with a singular vision of creating a night of music the city will never forget.

Stay Loose are no strangers to bringing great nights to Wolverhampton, having previously hosted events with the likes of Don Letts, Norman Jay, DJ Derek, Sam Redmore, Andy Smith and now Lions of Dissent. Bassist Darryl Starr said, “We are really excited to be working with Stay Loose and playing in our hometown again, our last 2 shows at Newhampton Arts Centre and Sunflower Lounge Birmingham were both advance sell outs and we are determined to build on that success and create another memorable night of great music”. Lions of Dissent will be joined on the night by rising stars Violet and Wolverhampton based solo artist Bryony Williams. The event will also feature DJ sets from Stay Loose and special guest DJ Simon Lindley of cult Yorkshire band Exit Calm.

Tickets cost: £6 advance and are available via www.ticketsource.co.uk

Reposted from @jag_dhesi ⬅️ Have a go at this.