Home » Around The Web » How A Couple Of Brummies Gave Birth To The World Wide Web!

How A Couple Of Brummies Gave Birth To The World Wide Web! 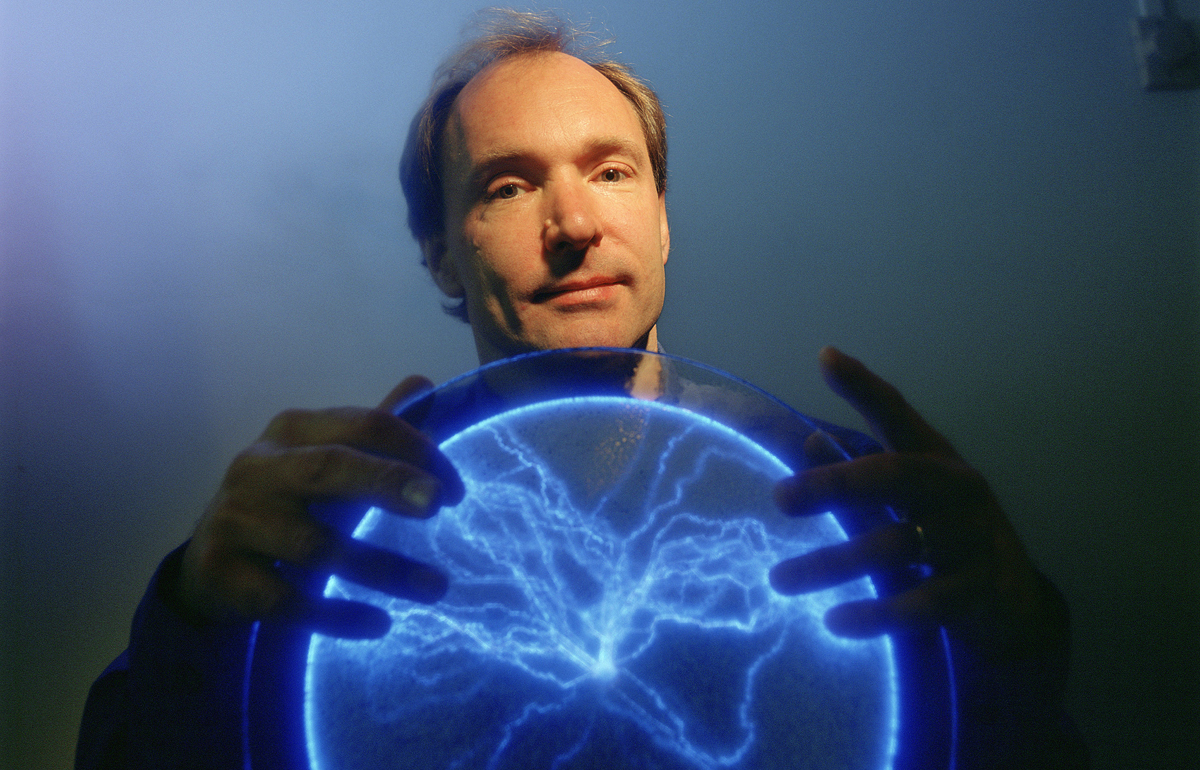 Birmingham has been the birthplace of some pretty incredible inventions, from the first cotton spinning mill, to perfection and advancement of the steam engine, to the invention of celluloid and modern plastic, disc breaks, gearing systems, lawn tennis and the first football league.. the list is pretty much endless.

However, one invention stands out more than most, it has probably helped change mankind more than any other invention since the appearance of the wheel, and its roots reside right here in the second city. The fact you are sat reading this sentence now, is down to one man whose parents are both from Brum.

Sir Timothy John Berners-Lee OM KBE FRS FREng FRSA FBCS was born 8 June 1955 in London. Tim is an English engineer and computer scientist best known as the inventor of the World Wide Web. He is a Professorial Fellow of Computer Science at the University of Oxford and a professor at the Massachusetts Institute of Technology (MIT). Berners-Lee proposed an information management system on 12 March 1989, then implemented the first successful communication between a Hypertext Transfer Protocol (HTTP) client and server via the internet in mid-November.

The World Wide Web (WWW), commonly known as the Web, is an information system where documents and other web resources are identified by Uniform Resource Locators (URLs, such as https://www.example.com/), which may be interlinked by hypertext, and are accessible over the Internet. The resources of the WWW are transferred via the Hypertext Transfer Protocol (HTTP) and may be accessed by users by a software application called a web browser and are published by a software application called a web server (more info here).

TimBL invented the World Wide Web in 1989. He wrote the first web browser in 1990 while employed at CERN near Geneva, Switzerland. The browser was released outside CERN in 1991, first to other research institutions starting in January 1991 and then to the general public in August 1991. The World Wide Web has been central to the development of the Information Age and is the primary tool billions of people use to interact on the Internet.

Tim Berners-Lee’s parents were both born and grew up in Birmingham.

Conway Berners-Lee (Tim’s father), was born 19th September 1921 in Birmingham (died 1st February 2019). He was a mathematician and computer scientist who worked in the team that developed the Ferranti Mark 1 in Manchester, which was the world’s first commercial stored program electronic computer. He was demobilized from the British Army in 1947 with the rank of Major. By the late 1960s Berners-Lee led the Medical Development Team of ICT and then ICL and was involved in some of the earliest developments in the applications of computers in medicine, and his text compression ideas were taken up by an early electronic patient record system.

Mary Lee Berners-Lee was born on 12 March 1924, in Hall Green (died 29th November 2017) was an English mathematician and computer scientist who also worked in a team that developed programs in the Department of Computer Science, University of Manchester Mark 1, Ferranti Mark 1 and Mark 1 Star computers.

Woods attended Yardley Grammar School where she developed an aptitude for mathematics. From 1942 to 1944, she took a wartime compressed two-year degree course in mathematics at the University of Birmingham and then worked for the Telecommunications Research Establishment at Malvern until 1946 when she returned to take the third year of her degree. After completing her degree she was offered a fellowship by Richard van der Riet Woolley to work at Mount Stromlo Observatory in Canberra, Australia, from 1947 to 1951 when she joined Ferranti in Manchester as a computer programmer.

In 1955 the Berners-Lees became parents to Tim Berners-Lee and the DNA for the World Wide Web was born.

Incidentally New Zealand born and Birmingham raised/educated, Maurice Wilkins received the Nobel Prize for his work on DNA structure in 1962, he is one of three who became known as the Code Breakers.

And back to the internet…

A Birmingham University Honorary Doctor changed the Internet Forever. Clifford Cocks is a mathematician and cryptographer who developed a form of cybersecurity protection that has become the basis of almost every transaction online. Some people argue that it is one of the most important mathematical accomplishments in the past 100 years, as it allows people to securely call or message without meeting each other beforehand. Without his invention, there would be no such thing as online privacy. Here is his story.

So next time you surf the web, give a little thought to the Berners-Lees from Brum 🙂

LikeTweetPinShareEmail
Subscribe to Newsletter
Categories: Around The Web, Reviews & Features, The Best of Brum
← PreviousNext →