Home » Around The Web » How disrespect in marriage can be a sign it’s time to move on!

How disrespect in marriage can be a sign it’s time to move on! 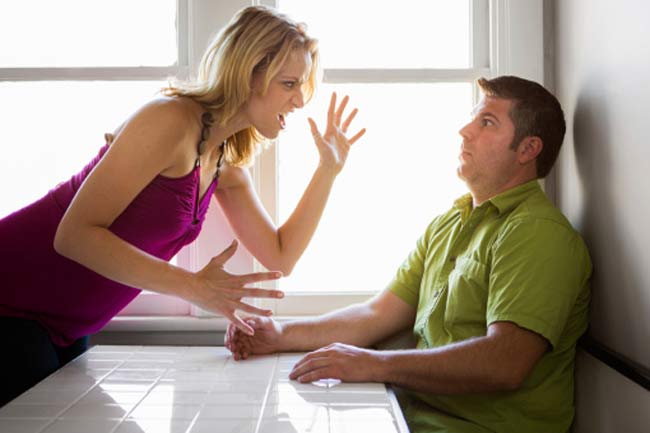 Every marriage requires effort on both sides to work and remain a happy safe place where love is nurtured. It is a game of give and take and mutual respect, of working through the tough times and not giving up. However, there are times when things can become too one sided and no matter how much effort it just is not meant to be.

Lack of respect is the biggest sign that a marriage needs work to stay afloat. It is what leads to mutual affection and intimacy but also trust. When one side loses respect for whatever reason it is a sign that marriage counselling may be needed to help resolve the issue.

Respect can be lost through one side being needy and desperate, or through someone cheating. Or just a general dislike, or feeling of being held back.

Signs of someone losing respect in a marriage can vary. It can be played out in all kinds of situations.

For some, it will be easier to cheat on a loved one, the lack of respect leading to a justification of finding an equal elsewhere. This is a place of no return because once a cheat always a cheat and who wants to be in a marriage where you never know who your husband or wife is tuning next?

The way in which people communicate is also a big sign of respect. If someone shuts down, it can mean they just no longer care about the other persons feelings. Or if someone is frequently rude, short tempered and abrupt, it can be a sure sign respect has gone.

When your partner becomes irritated by your bad habits, and they lose their tolerance levels this too can be a sign. Leaving the tea towel in the wrong place is a minor thing in the grand scheme of things but when someone has no respect for their partner tempers fray and this lack of respect can come out in low tolerance.

Not caring about someone’s feelings is also an indicator that respect is no longer there. If you respect someone then the last thing you would want to do is belittle them or make them feel insecure or unwanted. Being late for that special meal, or not wanting to go to that theatre show you had planned at the last minute can be frustrating and shows lack of respect or care.

Of course all these things alone can be put down to occasional bad days and gripes and we always hurt the ones we love the most but when all this comes together then it really is time to consider whether it’s time to move on.

This article goes into more detailed ways in which you can tell if respect is gone in your marriage and also helps you to work out the steps to rectify it or simply, move on.

Life is too short to be treated badly, that is for sure no matter who it is.

Reposted from @jag_dhesi ⬅️ Have a go at this.