It’s The End Of Peaky Blinders As We Know It 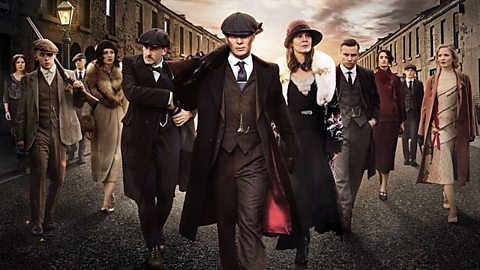 According to the series showrunners, the sixth season of award-winning UK-based gangster drama Peaky Blinders will be last, but that doesn’t mean we have seen the last of the Shelby family.

News that filming has begun on the sixth season of Peaky Blinders has been bitter-sweet for the legion of long-time fans of the show worldwide. This is because it was accompanied by the bombshell that it would also be the last. However, that does not mean an end for the Shelby family as there were strong hints the story would continue in another form.

Peaky Blinders began life on airing late-night on BBC 2 eight years ago before its popularity saw it moved to a prime time slot on BBC 1. It now averages audiences of over seven million people per episode on the BBC in the United Kingdom alone. Outside of the UK, the show streams on Netflix for international audiences.

Over the eight years of its life cycle, it has become one of the most popular television shows globally and has had a significant impact on popular culture. Aside from the television show, an official Peaky Blinders Quiz Book was released last year as a perfect gift for fans of the show.

It has also had a significant impact in the entertainment industry as well, with the Peaky Blinders: Under New Management board game finding a niche group of fans, while there was also a video game, Peaky Blinders: Mastermind. The show has left its traces in the iGaming industry too, as there is even a Peaky Blinders official slot game that can be found on the best online casino sites like Casumo and Party Casino.

The news will come as a massive shock considering that season 5 drew record viewership numbers for BBC One. People have become accustomed to American-style shows that tend to keep going as long as they watch them. Still, it is quite common for British television to have a set storyline and call things a day when realised regardless of how well the show is performing.

All of the regular cast and crew will be returning for one last hurrah on the small screen, while Anthony Byrne returns as director after receiving grand acclaim for his work on season 5.

“Peaky is back and with a bang. After the enforced production delay due to the Covid pandemic, we find the family in extreme jeopardy and the stakes have never been higher. We believe this will be the best series of all and are sure that our amazing fans will love it. While the TV series will be coming to an end, the story will continue in another form,” revealed show creator Steven Knight.

The news that filming has finally begun on the sixth season is excellent on its own, considering the difficulties and delays they faced throughout 2020.

“Along with our wonderful, supportive, partners at BBC and Netflix, we have been working diligently to ensure we can get Peaky safely back into production; the safety of our cast and crew is always our priority. Thank you to all the Peaky fans who have been so unwaveringly supportive and patient. Steve’s scripts are incredible and mark the end of an epic story that has entranced audiences since it first started in 2013, but the world of Peaky Blinders will most definitely live on,” said executive producer Caryn Mandabach.

What form Peaky Blinders will take after the conclusion of season 6 has not been revealed yet. Still, it is reassuring to know we will get both a grand conclusion to the television saga and a new iteration of Peaky Blinders to follow.