Home » What's on » Key to the City – Opening Weekend Experience 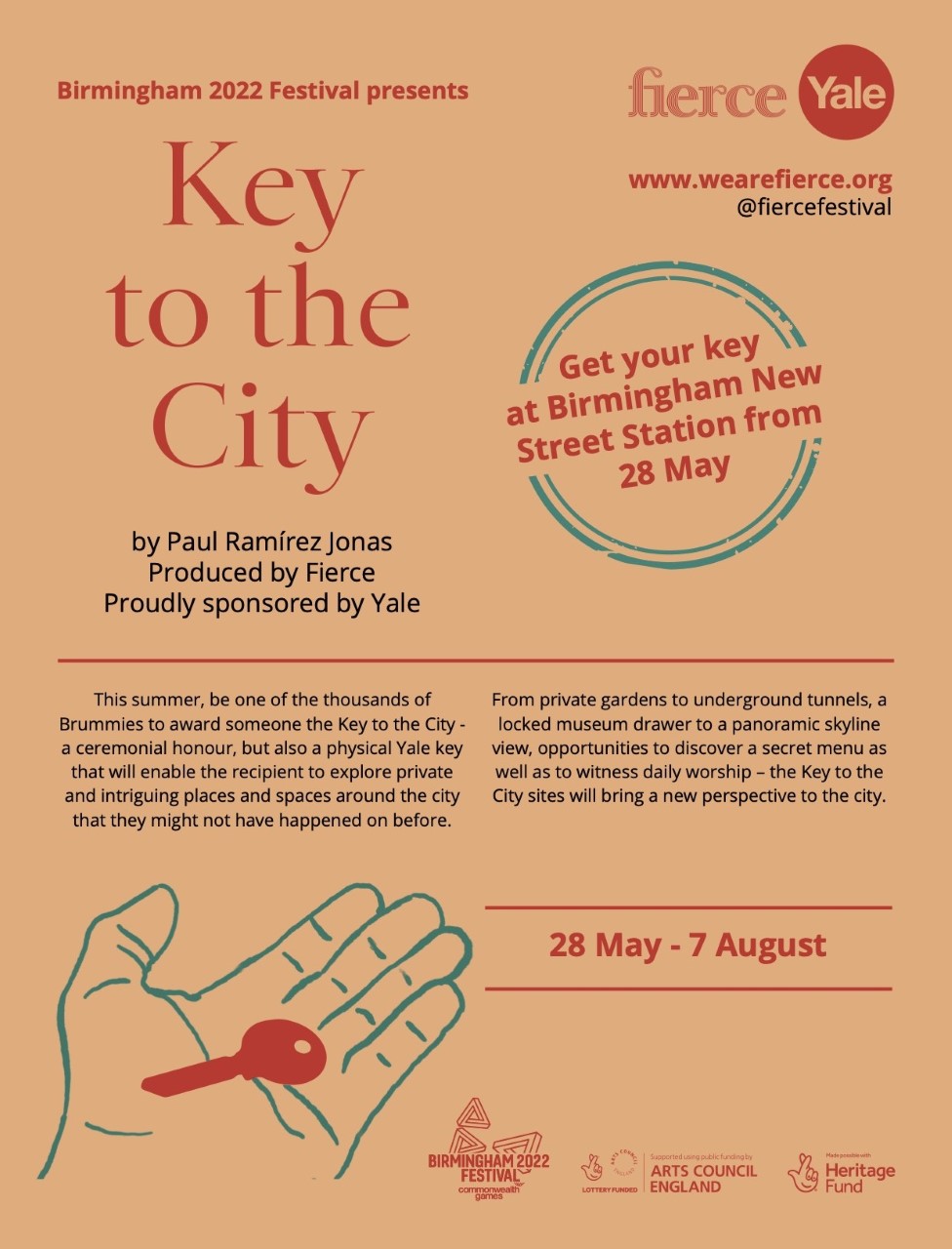 Creator of Key to the City Paul Ramírez Jonas said ‘What if everyone, not just the chosen few, could be recognised with the Key to the City of Birmingham? What if anyone could decide who is deserving of the Freedom of the City? What if this key could open dozens of previously unexplored spaces around the city? And what if all those spaces together created a portrait of Birmingham?’

Paul Ramírez Jonas’s Key to the City was first seen in New York 12 years ago. Remounting it for Birmingham 2022 Festival will reveal to a whole new audience, in an entirely different city, that culture can still be a freely shared experience, whilst also highlighting the increasing privatisation of urban space.

The Key Exchange Ceremony site, located beneath the departure boards at New Street Station, will be open from 11am – 7pm from 28 May – 5 June inclusive and thereafter from 11am – 7pm on Wednesdays, Thursdays, Fridays, Saturdays and Sundays. There is no need to register in advance, just turn up on the day. Arrive in pairs or solo to be partnered up to collect your keys – all locations are accessed using this single key. This is a FREE event.

The Birmingham 2022 Festival runs from March to September and Key to the City is one of hundreds of events that will put Birmingham and the West Midlands’ creativity, ambition, heritage and diversity on a global stage.

The £12million festival has been generously supported by a range of funders with the aim of animating the entire West Midlands with ambitious creative works, this includes major support dedicated by Arts Council England, The National Lottery Heritage Fund, Birmingham City Council and Spirit of 2012.