Published by Maryam Snape On March 30, 2016 Leave a response 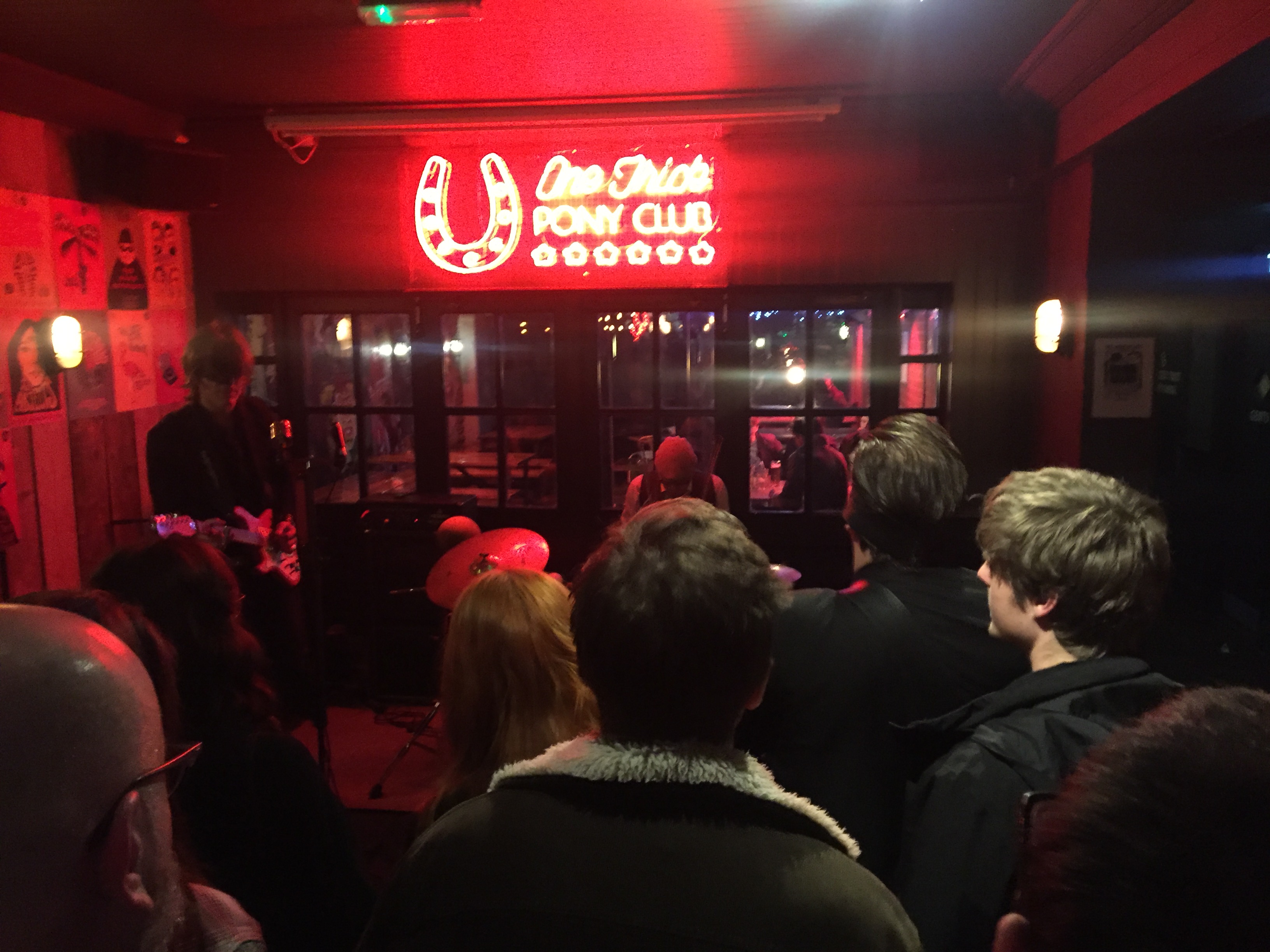 Every other Thursday local promoters ‘Killer Wave’ take over One Trick Pony Club in Moseley. The music is always good, with bands ranging from psychedelic indie to garage rock, to rock n roll, and more, but it’s always pretty damn kick ass stuff.

A group of pals and I headed down around 7pm, to have dinner, before taking in some live music. My companions were all vegetarian, but I followed the bar tender’s recommendation and went for the ‘2 Pieces of Fried chicken served with Bourbon Glazed Ribs. This was topped with grilled pineapple with BBQ pit beans and fries on the side. I played it safe and went for the BBQ sauce. 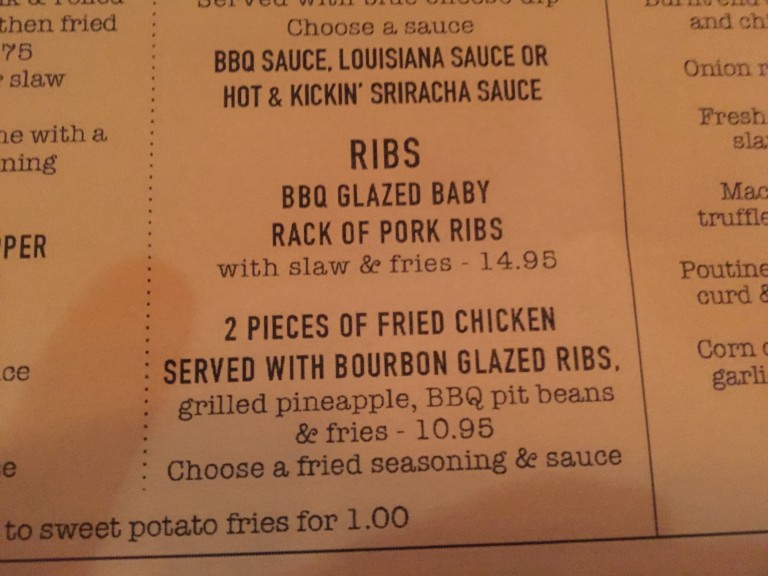 It was quite casual dining so I wasn’t expecting any frills and didn’t get them. What I did get was a tasty filling meal, sticky succulent ribs in a dark and fruity BBQ sauce, plus wholesome spicy southern friend chicken. The fries were nice, but nothing out of the ordinary, some friends went for the sweet potato fries and they seemed pleased with their decision. One thing this meal really was missing was some coleslaw. 7/10 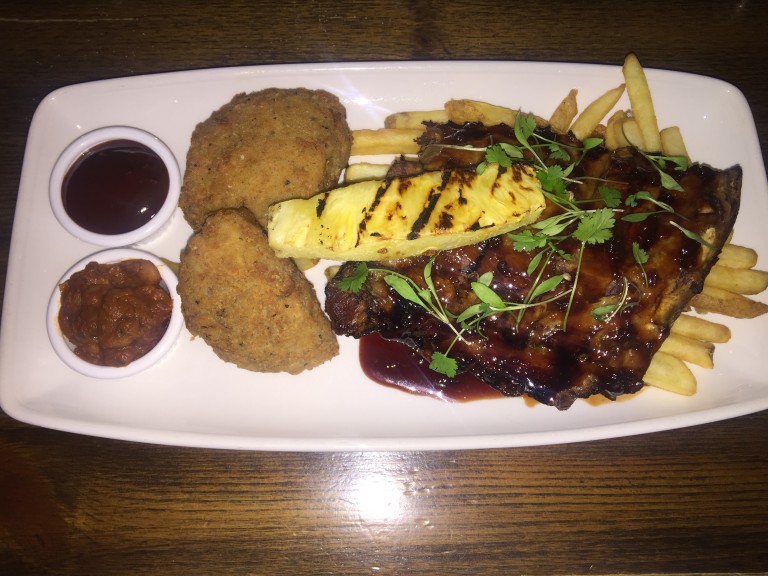 After that mighty feast it was time to burn off some calories and dance to some garage blues rock n roll as the youthful looking The Kontours take the stage. An unexpected treat, this Coventry outfit rocked hard n’ bluesy with an incredible drummer that no one could keep their eyes off. The three-piece played firm, fast and frenzied like a freight-train. For fans of The White Stripes and Black Keys who fancy something a little rawer. 8/10 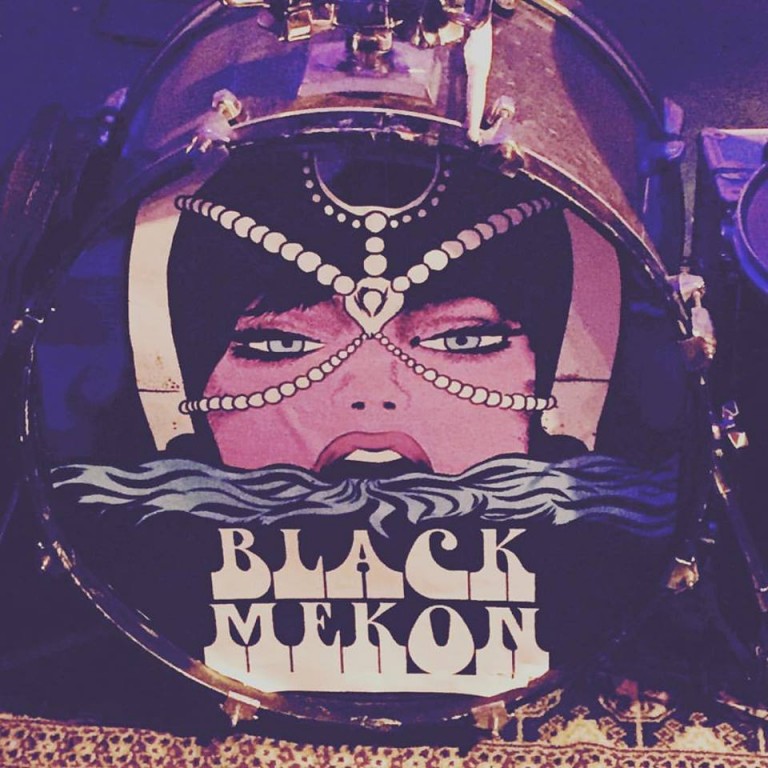 Headliners Black Mekon are one of Birmingham’s best kept secrets, hiding in plain sight, it’s a miracle these guys haven’t been snapped up and hurtled into stardom. They perform in black masks, both sounding and looking fuzzy and feral. They create a wall of ferocious sound so loud that the whoopin’ n hollerin’ of the crowd can barely be heard. A savage set that takes no prisoners includes the sleazy Johnny Diamond’s Pink Flamingo Club, Bourbonese Girl and their barbaric call to arms Black Mekon Must Die.

Gloriously offensive and enjoyable at the same time Black Mekon never fail to f**k sh*t up. 10/10