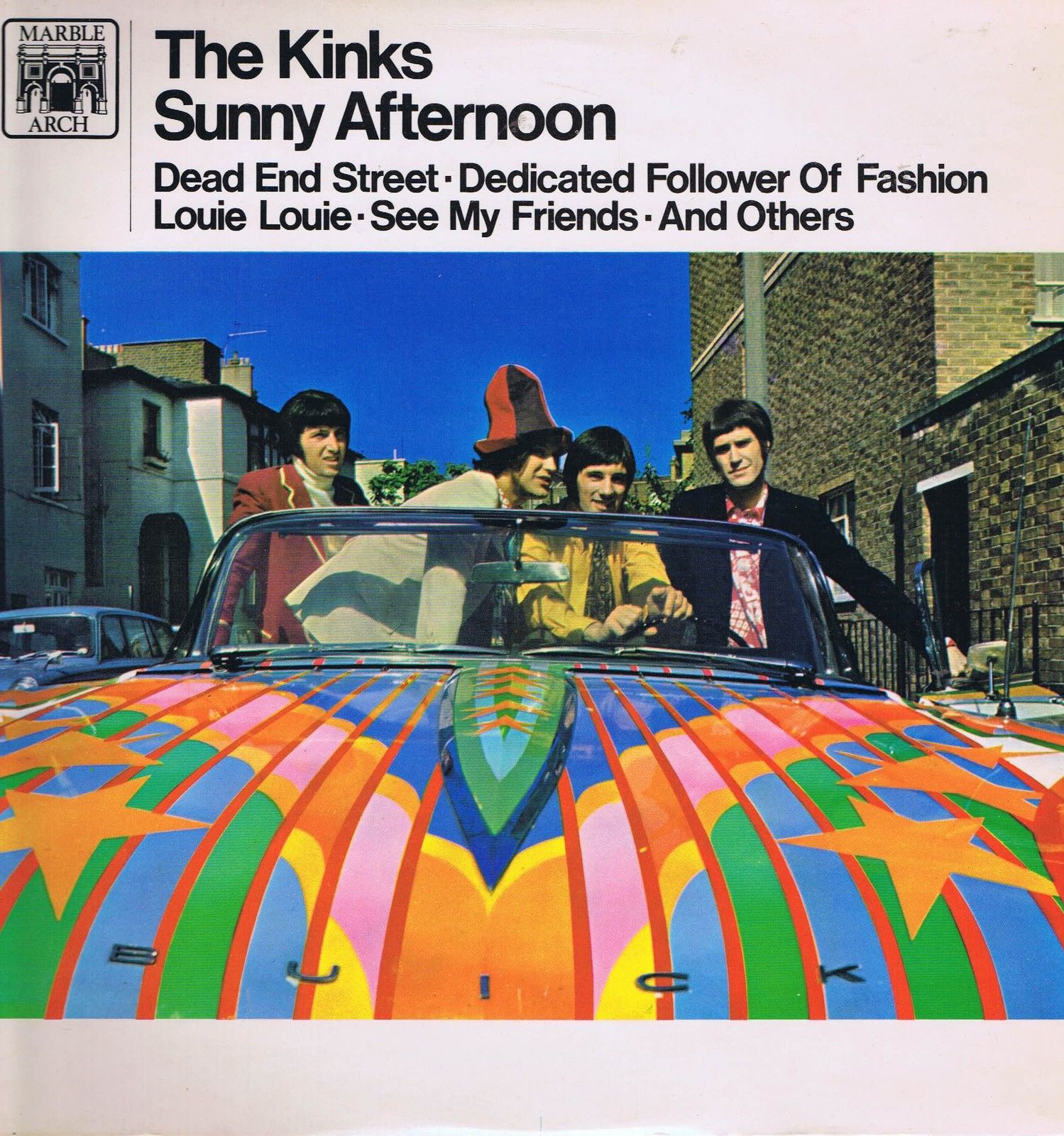 50 years after making his debut with The Kinks at the old Ritz Ballroom, bass guitarist John Dalton will be returning along with other ex-Kinks members to headline a special KinKs Heath Fest on Sunday 12 June.

We played at the Ritz on 11 June 1966. I can remember being very nervous because I had only known The Kinks for two days and in those two days I had done Top Of The Pops, two recording sessions and had to learn all the songs for the show. It was very hectic.

It will be great coming back to King’s Heath and will bring back very fond memories to me because all my relations come from just up the road in Balsall Heath and I used to spend all my childhood holidays there. – John Dalton 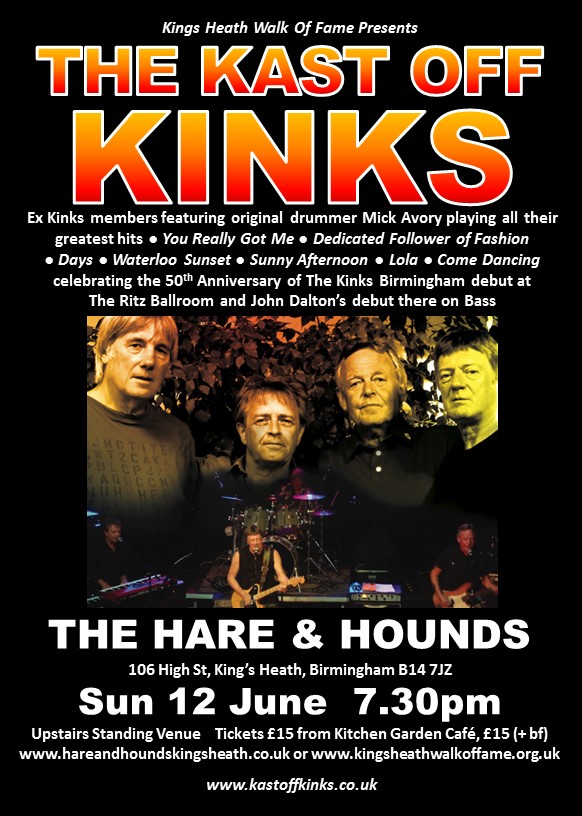 Kings Heath will be re-named KinKs Heath for the day with the celebrations starting at 3 pm at Fletchers Bar in York Road where local musicians will play their favourite Kinks songs in a 3 hour “Kinda Kinks” session and ending at 7.30 pm with the concert by “The Kast Off Kinks” at the Hare & Hounds. John will be joined on stage by original drummer Mick Avory who also played at the Ritz Ballroom gig, keyboard player Ian Gibbons and lead guitarist and vocalist Dave Clarke.

The Kinks’ appearance at The Ritz came just after they released “Sunny Afternoon” which became their third No. 1 hit in the UK singles charts. The group went on to have a total of seventeen Top Twenty singles including “Dedicated Follower of Fashion”, “Waterloo Sunset” and “Lola” and five Top Ten albums starting with “Kinda Kinks”. All their greatest hits will be included in the 2 hour set that The Kast Off Kinks will perform at the Hare & Hounds.

Local residents Bob Prew and Ken Whittaker who have organised the event said:

We want to create a real party atmosphere in Kinks Heath throughout the day. We are encouraging everyone to dress up in 1960’s style clothes and there will be spot prizes at both events for the Best Dressed Dedicated Follower of Fashion. We believe that being able to watch and listen to ex- Kinks members perform in the intimate atmosphere of the Hare & Hounds will be a great finale to our one day celebration. The Kinks are one of the most important British groups of all time and they continue to have a major influence on today’s music scene.

Tickets for the concert by The Kast Off Kinks cost £15 plus a booking fee from www.hareandhoundskingsheath.co.uk or £15 cash from the Kitchen Garden Cafe in King’s Heath’s York Road.

Tickets for the afternoon concert at Fletchers cost £4 cash from the Kitchen Garden Cafe or £4.40 from www.wegottickets.com

On 27 June 2012 the first ever Birmingham Civic Society Musical Heritage plate was unveiled by the Lord Mayor to commemorate the really significant part played by the Ritz Ballroom in Birmingham’s Musical Heritage. Most of the major artists of the 1960’s played there at the start of their careers including The Beatles, The Rolling Stones, Robert Plant, Pink Floyd, Jimmy Cliff and The Move as well as The Kinks.

The Ballroom closed down at the beginning of the 1970’s when the Regans converted it into a Bingo Hall. After Pa Regan died in 2004 and Ma Regan died in 2008, the building was vacant until it became a Cash Converters shop.

On 28 March 2013 a fire destroyed the building. Tired of the site remaining undeveloped local residents and businesses have created a new Ritz Arts Centre organisation with the aim of acquiring the site and building on it a Pop History Museum and Performing Arts Centre for the next generation! On 7 Sept 2015 the new organisation nominated the land at 2 York Road for listing by Birmingham City Council as an Asset of Community Value under the Localism Act so that they could get first refusal if the owner put the site up for sale. Although the law says the Council must make a decision within 8 weeks they still have not done so!

King’s Heath’s Walk of Fame is a small charity established by local residents Bob Prew and Ken Whittaker that aims to celebrate King’s Heath’s amazing musical, comedy and sporting heritage so as to encourage young people to become the stars of the future.

For more information go to:- www.kingsheathwalkoffame.org.uk