New Tonic Designed For Those Who Don’t Like Tonic

Published by admin On November 21, 2016 Leave a response 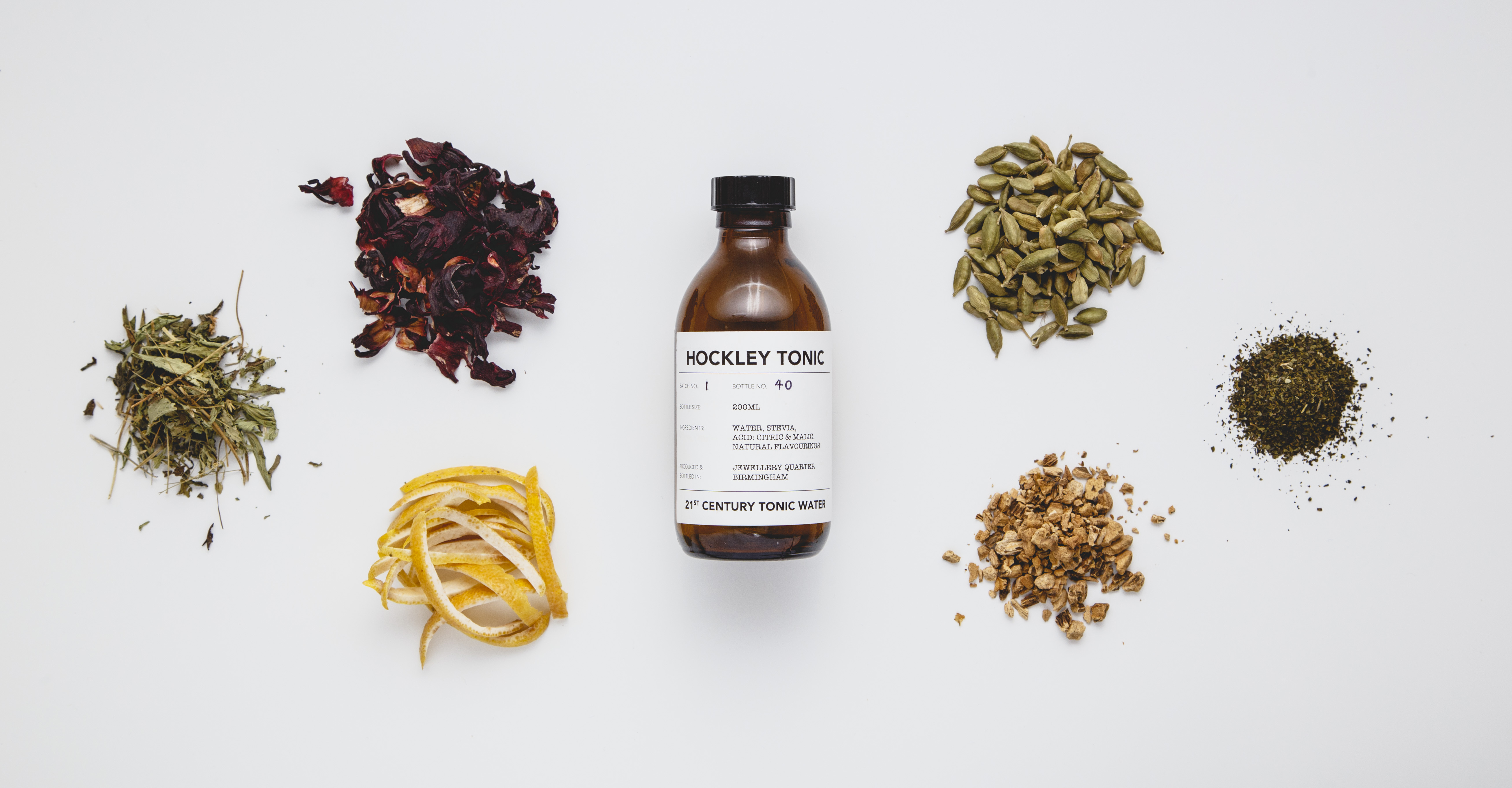 The team at 40 St Paul’s Gin Bar are releasing their own tonic water today, which they believe will revolutionise the way we drink gin. They say Hockley Tonic is lighter, and less bitter, than traditional tonic.

Amanjot Singh Johal, owner of 40 St Paul’s, tell us “I’ve never really been the biggest fan of tonic. Even the best tonics are too bitter, and mask that bitterness with sugar. When I started planning 40 St Paul’s back in March 2015, I knew I had to create a tonic that could allow me to enjoy my gin.”

They began by not using any quinine – Amanjot says “it’s too bitter, with a chalky, almost medicinal, taste”. Instead, they use gentian (a root commonly used to treat upset stomachs), which has an “aromatic bitterness that tastes better with the piney freshness of juniper”. To balance the gentian, they added stevia, a plant based sweetener from the Andes which has zero calories. Finally, they added their “Five Elements”. “With one of the biggest gin collections in the country (at 40 St Paul’s), we had to find a way of organising them in a way that allowed people to find a gin they loved. By splitting our gin list into its five major flavour profiles, we found certain botanicals in the gin kept popping up, and it was those botanicals that led us to the flavours in Hockley Tonic”.

Hockley Tonic is available from 40 St Paul’s and Loki Wine from today, with other select independent retailers stocking it in the weeks leading up to Christmas. It’s available in syrup format the moment, meaning an £8 bottle gives you 20 servings of tonic. “We’ve kept the price low because we want people to try it and tell us what they think of drinking a “Gin and Hockley”. We’ve got some really exciting plans for the product in the future but we can only do that if people let us know how they feel about drinking Hockley Tonic”.

Amanjot describes the taste as being lighter and more refined than the tonic we normally drink. “We have had people describe it as a “grown-up gin and tonic”, which we totally agree with. Hockley Tonic allows all the flavour in the gin to develop, and with so many flavoursome gins available today, we think it’s important for people to be able to taste exactly what the distillers want to create!”