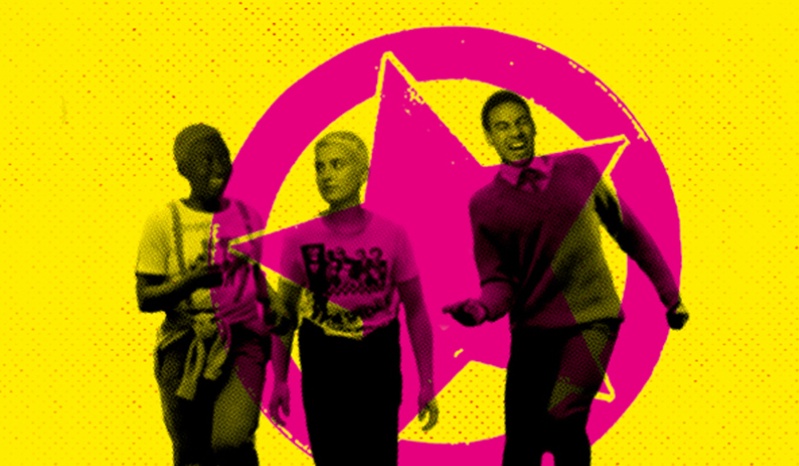 It’s the sweltering hot summer of 1976. The country is in economic turmoil. The far right is on the march. Rock Against Racism puts white punk bands and black reggae bands on the same bill – determined to win the culture war and defeat the National Front.

Three teenage music fans, Denise, Trudi and Andrew, join the fight for the soul of working class Britain. The trio navigate racial politics and social upheaval in Birmingham alongside their own turbulent teenage years. Can their friendship survive?

The new play from Robin French (BBC’s Cuckoo) and JMK Award-winning director Alex Brown is a celebration of the diverse musical legacy of the Midlands. The REP have united with award-winning gig theatre specialists Middle Child (All We Ever Wanted Was Everything) for this raucous story of people power, set to a soundtrack of Punk, Reggae and 2Tone. Join the rebellion.