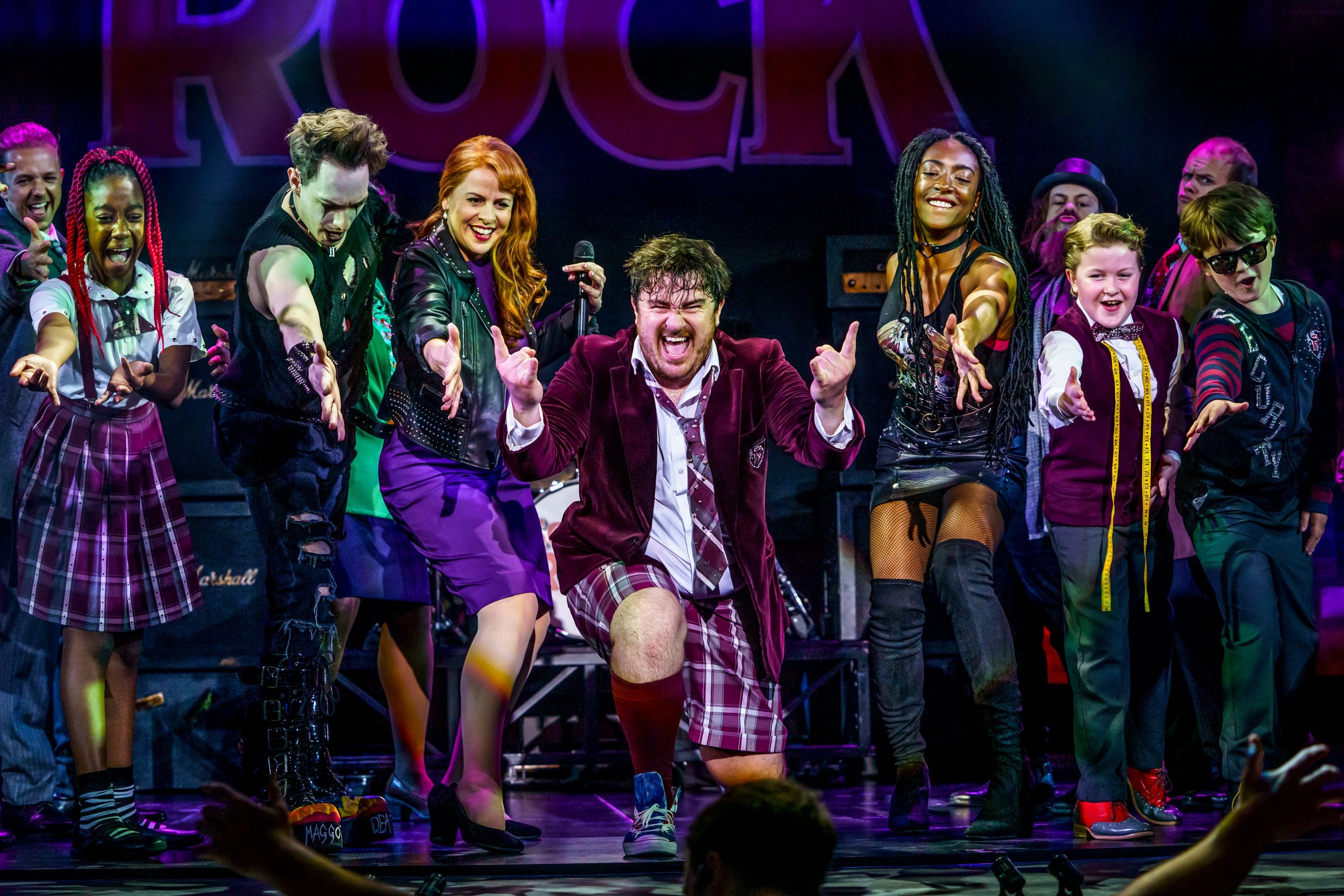 A star-studded cast has been revealed ahead of School of Rock – The Musical’s visit to The Alexandra as part of the production’s first ever UK and Ireland tour.

Jake Sharp is getting the band back together and will lead the cast as Dewey Finn having previously performed the role in the West End. Alex Tomkins will perform in the role at certain performances. They are joined by Rebecca Lock asRosalie Mullins, Matthew Rowland as Ned Schneebly and Nadia Violet Johnson as Patty Di Marco.

‘A FOOT-STOMPING, DELIRIOUSLY ENJOYABLE FABLE OF FREEDOM AND FUN’

One of three incredibly talented teams of 12 children will perform live alongside Dewey each night and will stick it to the man when the bell rings for the new school term in September.

‘THE MOST ENJOYABLE FEW HOURS MONEY CAN BUY’

Based on the hilarious hit movie, this new musical follows Dewey Finn – a failed, wannabe rock star who decides to earn a few extra bucks by posing as a substitute teacher at a prestigious prep school. There he turns a class of straight-A students into a guitar-shredding, bass-slapping, mind-blowing rock band – sensationally performed live by the production’s young actors every night with roof-raising energy! While teaching these pint-sized prodigies what it means to truly rock, Dewey falls for the school’s beautiful, but uptight headmistress, helping her rediscover the wild child within.

For the production’s first UK and Ireland tour, Christopher Key takes the reins as Associate Director, Maria Graciano is Associate choreographer and Musical Supervision is by Matt Smith. Adam Fisher and Stuart Porter complete the team as Associate Sound and Lighting Designers.

The UK & Ireland Tour of School of Rock – The Musical is produced by David Ian for Crossroads Live by arrangement with the Really Useful Group.