There’s just a few days to go until Supersonic Festival 2015 which includes musical performances by Holly Herndon, Gazelle Twin, The Pop Group, the debut live performance of The Bug Vs Dylan Carlson and an afternoon of music curated by Richard Dawson. Kicking things off on Thursday 11th June, is an opening concert by Will Gregory Moog Ensemble at the Birmingham Town Hall, with special guest Stuart Maconie of BBC 6 Music.

The full timetable can be viewed here: www.supersonicfestival.com/timetable 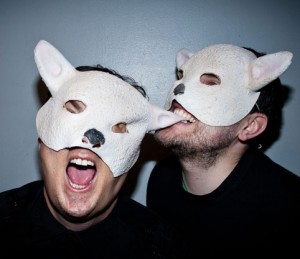 If you’re heading down early on Friday don’t forget that between 11:00 and 17:00, Supersonic in partnership with Many & Varied will host Bees In A Tin at Millenium Point, a day of presentations and demonstrations by artists whose work crosses between the arts, science, technology, and games. Bees in a Tin is a gathering for people who make or are interested in unique interfaces for the world around them. Knowledge will be imparted from the sound philosophisers Robert Curgenven and Duncan Speakman, as well as Farmers Glitch, Owl Project and many more exciting thinkers and tinkerers who are out to challenge and champion their fringe fields of interest and areas of expertise. There are still some spaces available and lunch shall be included in the price of a ticket.

Closing Saturday night is an exclusive debut performance of The Bug vs Dylan Carlson. These long established figures have presided over the radical fringes of heavy music, holding the attention of curious minds and audiences for over twenty years worldwide, and last year surprised everyone with the release of Boa /Cold which was released via Ninjatune in December. Following this performance, The Bug shall be joined on stage by Flo Dan to round up proceedings on Saturday night in style.

Bringing a welcome and vibrant splash of day-glo to the main festival programme, Flamingods – Bahrain-born, Brixton-based troupe – will lead the Supersonic Kids Gig – Big Sounds for Little People, a special show for the under 7’s as well as performing for the big kids in the evening. Flamingods take African rhythms, repetitive grooves and a pleasure-seeking sensibility to form a riot of sound and fury that’s both sonically adventurous and feverishly compelling and will for sure be a great hit for the younger supersonic appreciators in attendance.

(Listen to a podcast from: FLAMINGODS) 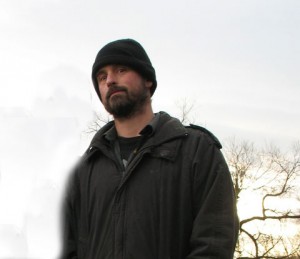 On the final day, audiences can enjoy an afternoon of curation by Richard Dawson at Boxxed called Delight Is Right, starting at 15:30 and finishing at 20:30. Featuring a number of rare UK performances by artists handpicked by Dawson, the line-up reflects the diversity of sounds that feed into his own songwriting which includes performances by Ethiopian free spirit Afework Nigussie, who plays a range of traditional stringed, woodwind and percussive instruments.; Jiří Wehle, a Czech street musician from Prague who specialises in ethnic and Medieval instruments, violinist, improviser and composer, Angharad Davies, harp liberationist Rhodri Davies and fellow Tyne folk narrator Phil Tyler.

Start your Supersonic Sunday at Minerva Works. A host of Birmingham’s best independent spaces present an afternoon of avant-garde performances, workshops and talks. Expect brutalist composition, contemporary improvisation, punk protest art and poetic robotics. Highlights include Dissenters and Dreamers at Centrala, a new gallery, café and venue with a particular focus on Central and Eastern European culture, presenting an exhibition of anti authoritarian protest art and music from the East and West. The exhibition is a selection of Punk protest art  and documents produced before the fall of the Iron Curtain from the East and West, including works by Gee Vaucher and Oscar Kasperek. Gee will be in conversation with Nic Bullen co-founder of Napalm Death, hosted by John Robb.

(Listen to a podcast from Richard Dawson)

OTHER HIGHLIGHTS ACROSS THE WEEKEND 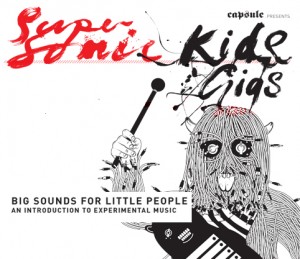 Circumstance are bringing unique performance, A Folded Path to Birmingham as part of the Supersonic festival in partnership with BCMG. The performance invites the audience to become the city’s orchestra, creating soundscapes while walking on a choreographed journey through the streets – to get involved you can sign up for either Friday at 19:45 or Saturday at 17:00 – when there’s limited spaces available.

Don’t forget that on Friday and Saturday attendees can also absorb the All Ears Exhibition at Millennium Point (free admission), from 11:00-17:00. This exhibition, curated by Supersonic Festival, has its basis in the music boxes that can be found in Birmingham Museum’s rarely-seen collection of artifacts and instruments. These fascinating and charmingly archaic music boxes will be on display during All Ears, where artists including Owl Project, Sarah Angliss, Morton Underwood and Paul Gittens have also created new works in response to the innovation of early technology and programmable music machines. Attendees will be able to marvel at ever-shifting, self-generating sound sculptures, revamped pipe organs, listening devices and other primitive gadgetry of the musical kind from the distant past and the imminent future, all in one eccentric exhibition.

And, as previously announced, Supersonic Festival is delighted to be partnering with the internationally renowned Moog Sound Lab and Birmingham City University to create a four week artist residency programme, which will be based at the Parkside campus. The Moog Sound Lab is focused on organic experimentation and is a unique opportunity for artists to explore analog sound-scaping, synthesis and effects. The artists in residence have been confirmed and we can reveal them as award winning composer, roboticist and historian of sound Sarah Angliss, the twisted Cronenberg-inspired persona of producer, composer and artist, Elizabeth Bernholz aka Gazelle Twin and Free School, a Birmingham retro-futurist, mask-donning disco duo, exploring a unique fusion of Electro, House, Balearic and Kosmiche.

All this and much more to be enjoyed across the weekend. For full info on all of the above, stage timings, as well as complete details of the musical line up can be found on the Supersonic website.

Tickets can still be purchased via the Supersonic website, with weekend tickets priced at £60, and day tickets as follows: Thursday £15, Friday £27.50, Saturday £37.50. Richard Dawson’s Delight is Right is limited capacity and only available to those with 3 day passes, Digbeth Delight is a free afternoon of avant-garde performances, workshops and talks located in artist-led spaces based in the area.

VENUES INCLUDE THE CROSSING AND BOXXED