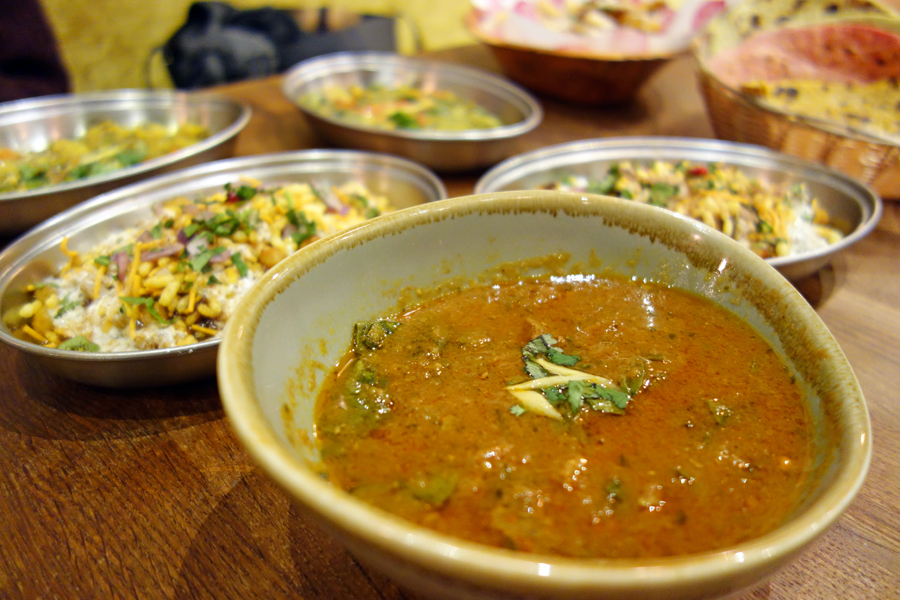 Birmingham’s street food has come a long way since Alex’s Pie Stand of the city’s 60s Brumbeat era. Let’s not forget that infamous Indian street food cuisine the humble Balti, made famous in Birmingham’s Balti Triangle in the 1990s.

Since this time, Brum has undergone a culinary heart transplant and face lift. We now boast more michelin stars than any other city outside London, quirky independent restaurants are battling the big chains which are moving in to cash-in on the hard work of local restaurateurs fueling a rise in PR/Marketing campaigns. There is even a Street Food Alliance which aims to ensure local street food traders have a platform to sell their cuisine.

However, beneath the veneer of mock street food chains, and an obsession with outside brands not quite getting it, there is a different story, one of real hardship, true West Midland grit and a desire to be creative whilst drawing on the city’s cool music and artistic heritage. Birmingham’s real culinary heroes are the street food traders and pop ups, whether it be served from a van, or a chef’s pop-up, this is where it’s really at right now!

We take a look at the beating heart of Brum’s exciting street food scene.

Digbeth Dining Club started out life in 2012 as a street food event which was designed to pull together some of the best street food vendors in the region. It has since risen from strength to strength and is now a multi award winning weekly carnival of food, that has placed Birmingham firmly on the alternative food map and even draws in food stalls from other parts of the UK. Much of the street food is locally sourced and cooked fresh in front of diners using ingenious cooking techniques to maximise both the flavour and the theatre.

The food events take place every week around the West Midlands with seating for diners to enjoy and unwind after a hard week. Food stalls vary from week to week with different vendors on rotation.

As a direct result of this inventive venture, DDC street food vendors have gone on to set up more permanent homes within the city. 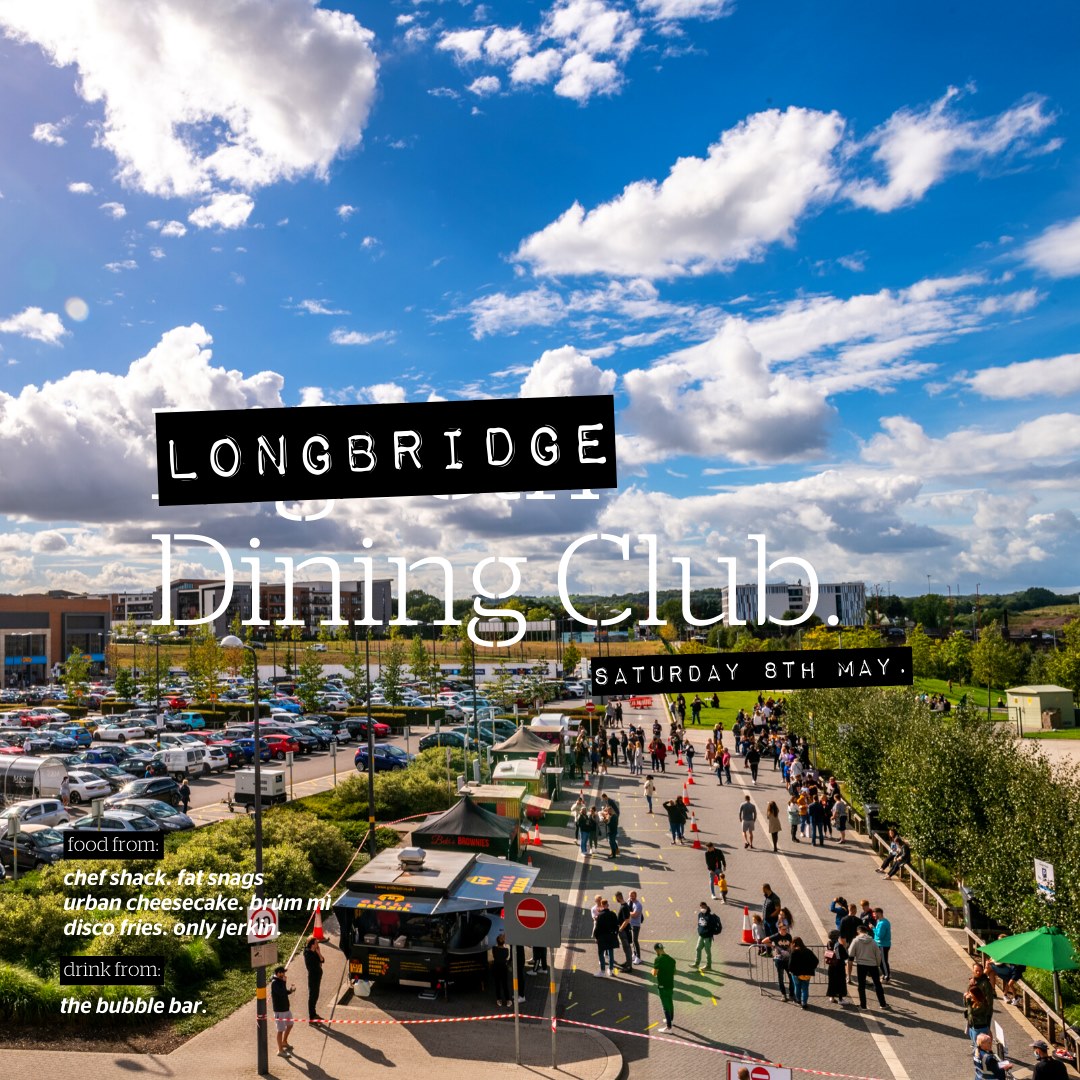 Digbeth Dining Club has left its permanent home on Trinity Street and has invested in a 10 000 sq ft warehouse which has been converted into a bar and food court area with outside beer garden. 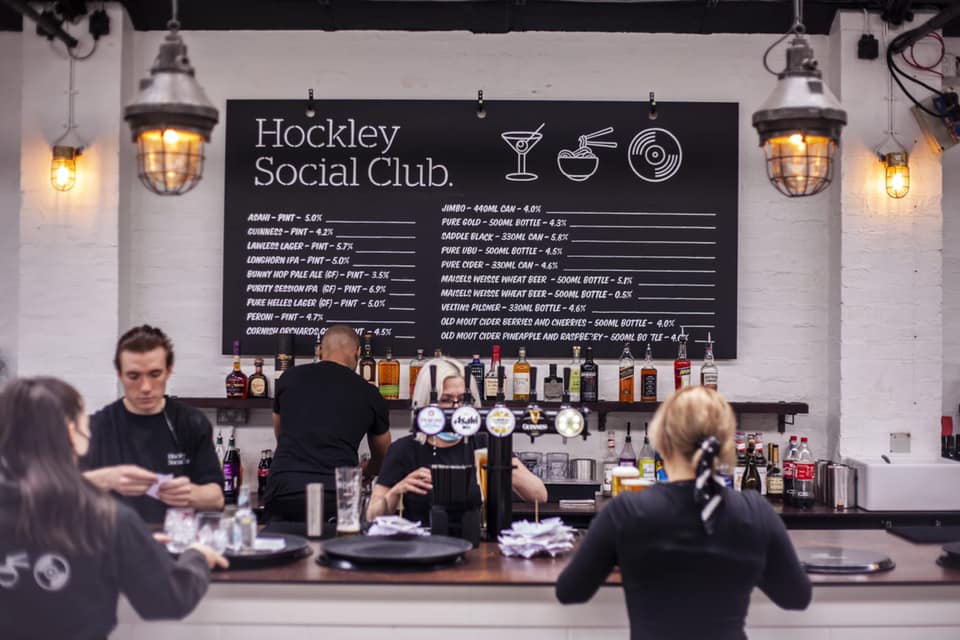 Taste & Liquor morphed out of the Shaanti DJ nights which took place at the old Medicine Bar, Custard Factory (which itself has popped up again in the form of Medicine Bakery & Art Gallery on New Street). 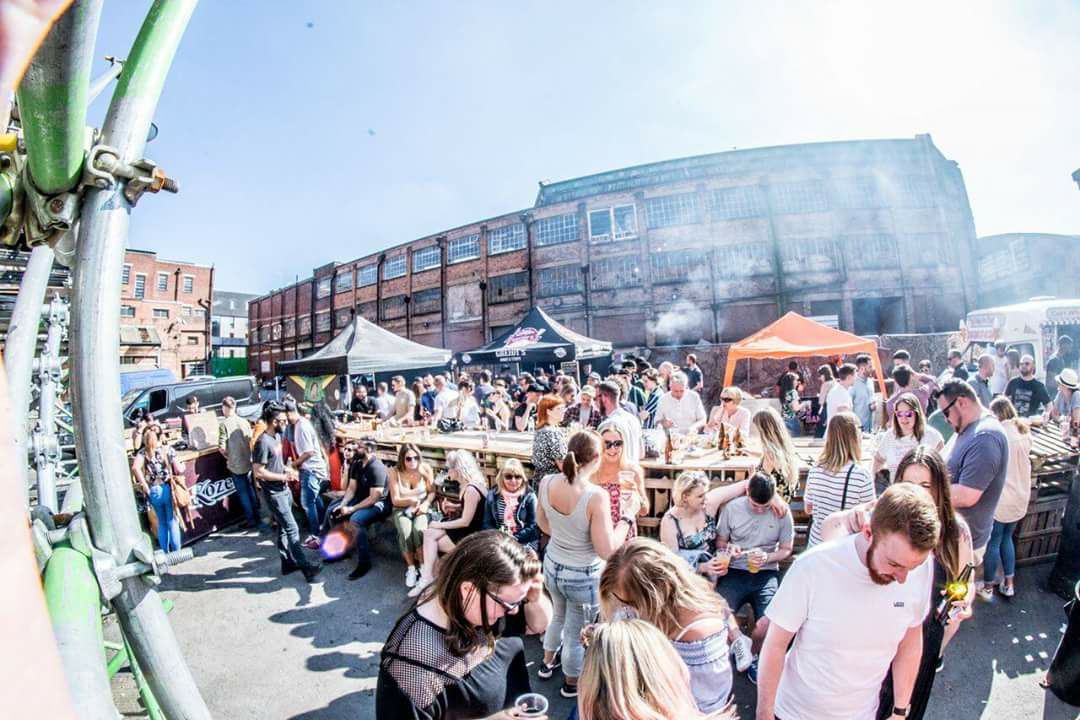 There are many other street food events which take place sporadically or annually across the city such as the brilliant Seasonal Markets. These take place in various locations such as The canal-side Bond in Digbeth. Expect a professional well organised set-up with some of the regions finest culinary delights and home-grown names. There are also spectacular one-off music events which have previously partnered up such as Leftfoot thus creating something exceptionally special for the UK (not just Brum).

There some great regular street food vendors also at The Juke Bar and also At The Kingsway market in Kings Heath. 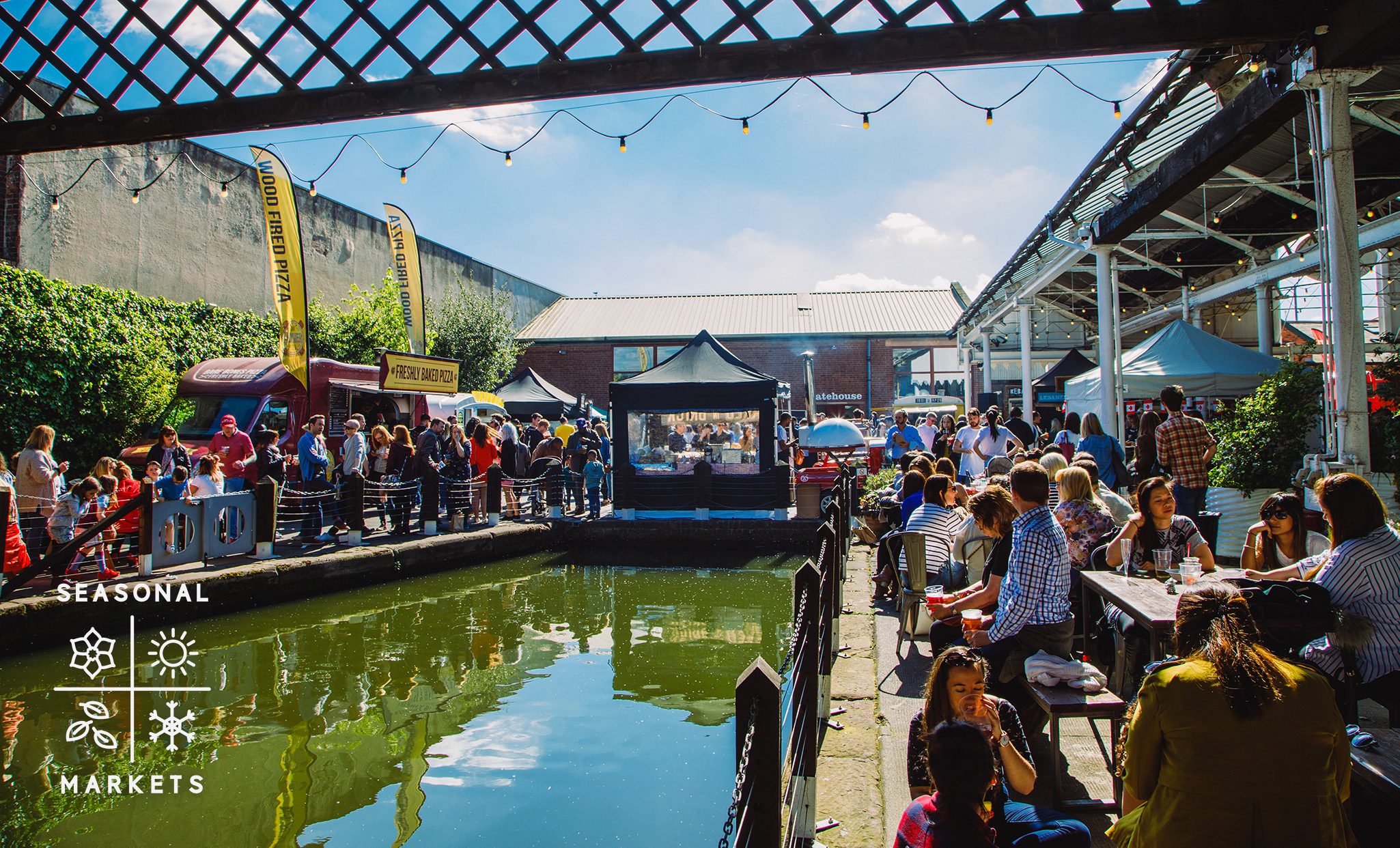 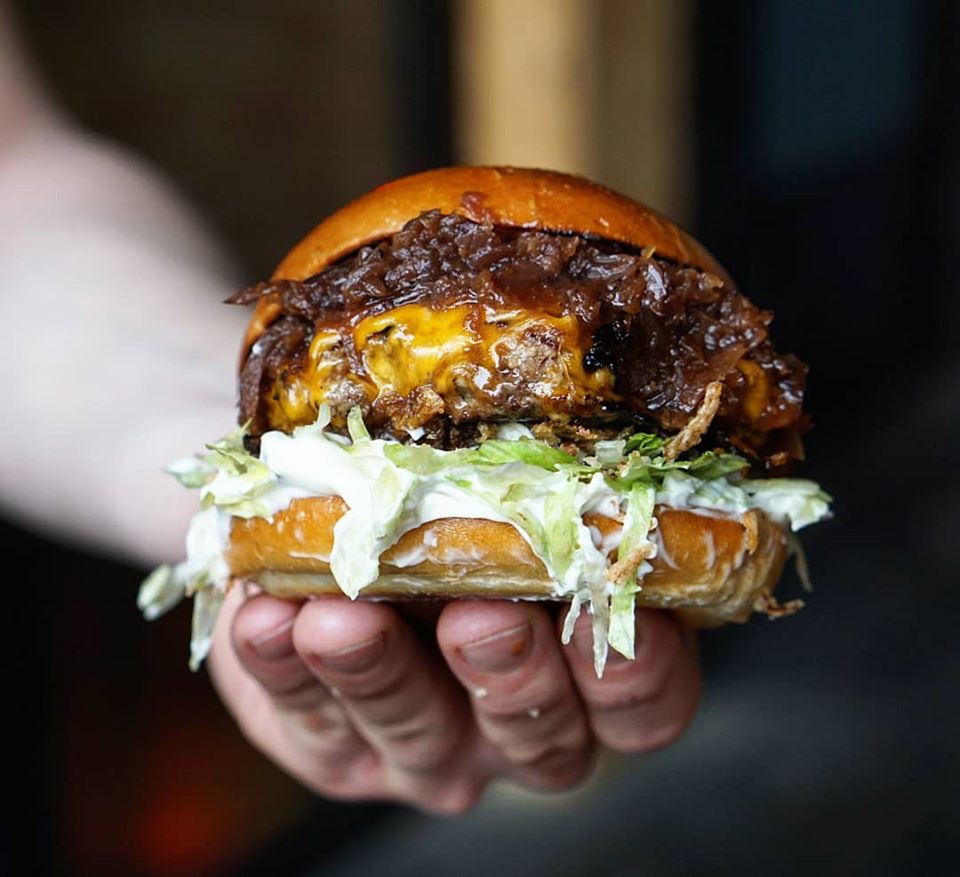 For those who prefer a little more comfort when munching on their street food, the city now boasts the following culinary hot spots:

Indico opened in November 2016, Indico Street Kitchen is an award-winning Indian street food restaurant with a cocktail bar situated in Parkgate, Shirley and also at The Mailbox in the city centre. The food at Indico has been carefully selected to showcase some of the tastiest examples of the North Indian street food culture. The interior is a reflection of the Indian heritage. Inside you will discover customised artwork by 13 different local and international street artists. The restaurant’s motto: “A journey to India“.

The Indian Streatery is home to a family of foodies who started as street food traders. They worked the street food scene in Birmingham and around the UK and became firm favourites at the city’s Digbeth Dining Club under their street food name The Indian Rasoi. Serving up a traditional, authentic, menu with a concept that bridges the generations, it should now make sense that they cleverly renamed the brand, sticking to their street food roots by day and transforming the former Adams building into a sleek, chilled Indian Eatery by night.

1000 Trades is an independent Neighbourhood Bar and Kitchen situated in the Jewellery Quarter, Birmingham. 1000 Trades champion all forms of craft. That starts with craft beer and natural wine, kitchen residencies by food entrepreneurs, all to a soundtrack prepared in partnership with Birmingham’s music community.  Artwork of local artists is showcased throughout the building and there are various events on rotation. 1000 Trades operate kitchen residencies, meaning that the food is characterised by evolving variety; often, but not always street food.

Original Patty Men perfected their patty prowess during their Digbeth Dining Club street food days. After wining a British Street Food Award for ‘Best Burger 2014’ the next step was a permanent home for their beautiful burgers to burgeon. Many of the burgers are made with aged beef patty, and are served inside a yoghurt and buttermilk bun, unless of course you opt for the equally delicious vegetarian option ‘slow cooked and shredded Portobello mushroom’. If you ask a member of staff, they will be able to tell you exactly which farm the beef is raised, and slaughtered on. Careful attention is paid to sourcing high quality produce, and this shows, the second you bite into a OPM burger.

The Plough Harborne has always been inventive with their food and drink offerings, and last summer saw the launch of their Boca Grande Tacos summer pop-up menu. After some careful research of the best Tacos in London, this has been re-launched for 2018 with a cool Plough pop-up twist. Winter brings more inventive pop-ups from the likes of Eat Vietnam  who have also featured in the infamous Lord Clifden garden (worth keeping an eye on their garden pop-ups too!).