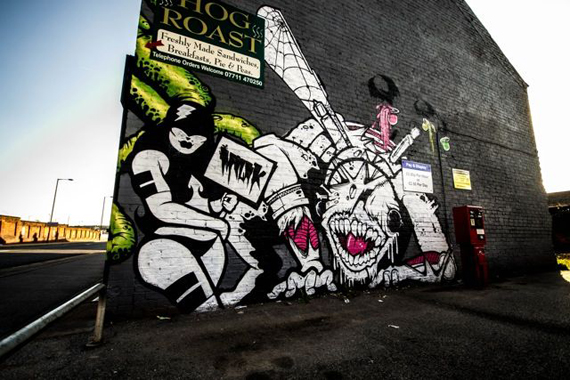 Over the 6th September, Digbeth will be transformed into one of the UK’s largest outdoor art galleries with an exciting new addition to Birmingham’s calendar of cultural events – The City of Colours Festival.

The event, being led by the team at Street Art Birmingham, involves a partnership of over 20 expert organisations including THE BENCH 504, The Custard Factory, GraffitiArtist.com, The Rainbow Venues, Alfie Birds, Under The Counter, Seedy Sonics, The Roots Yard, Brum Town Presents and many more!! 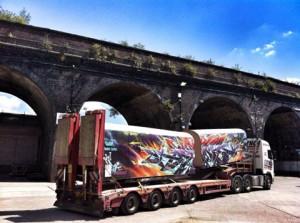 Digbeth has long been home to some fantastic spray-can art with weird but wonderful murals.

From quirky stencils on old dilapidated factories, to full size awe inspiring legal graffiti ‘pieces’, the area is already awash with colour and this major street art festival will build on the many existing works of art that flow around the old industrial heartland of the city.

Birmingham and the West Midlands have an extensive history of graffiti art. The craze soon swept over to Britain from New York in the early 1980s. Such was the quality of local artists during these early days, Birmingham and Wolverhampton were heavily featured in seminal Channel 4 documentary ‘Bombing’.

The other two cities featured were Bristol and London, but Birmingham was at the very centre of the graffiti art scene with the local council setting up what was to be one of the first legal graffiti art battles in the world. 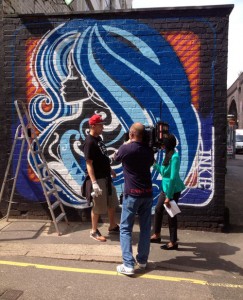 The battle took place on large errected boards in the old Bullring with artists such as Goldie (from Wolverhampton) , 3D (who went on to form the band ‘Massive Attack’) and Brim from America.

Since this time the city has been a hotbed for graffiti art with many events such as ‘FRESH’ at the Custard Factory. The City of Colours Festival will help bring graffiti art to a wider audience in the city and it would be nice to see Digbeth become a permanent home for international graffiti artists. The streets literally already are the gallery.

This event will see over 100 artists from across the UK and will transform this part of the city, including the likes of: 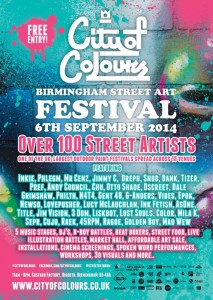 Aimed at all ages, graffiti, dance and music workshops will also be happening throughout festival – so that everyone will have the chance to get involved.

The event will reflect the vibrancy of its people and its places and the team hope to bring different communities from across the city together as one.