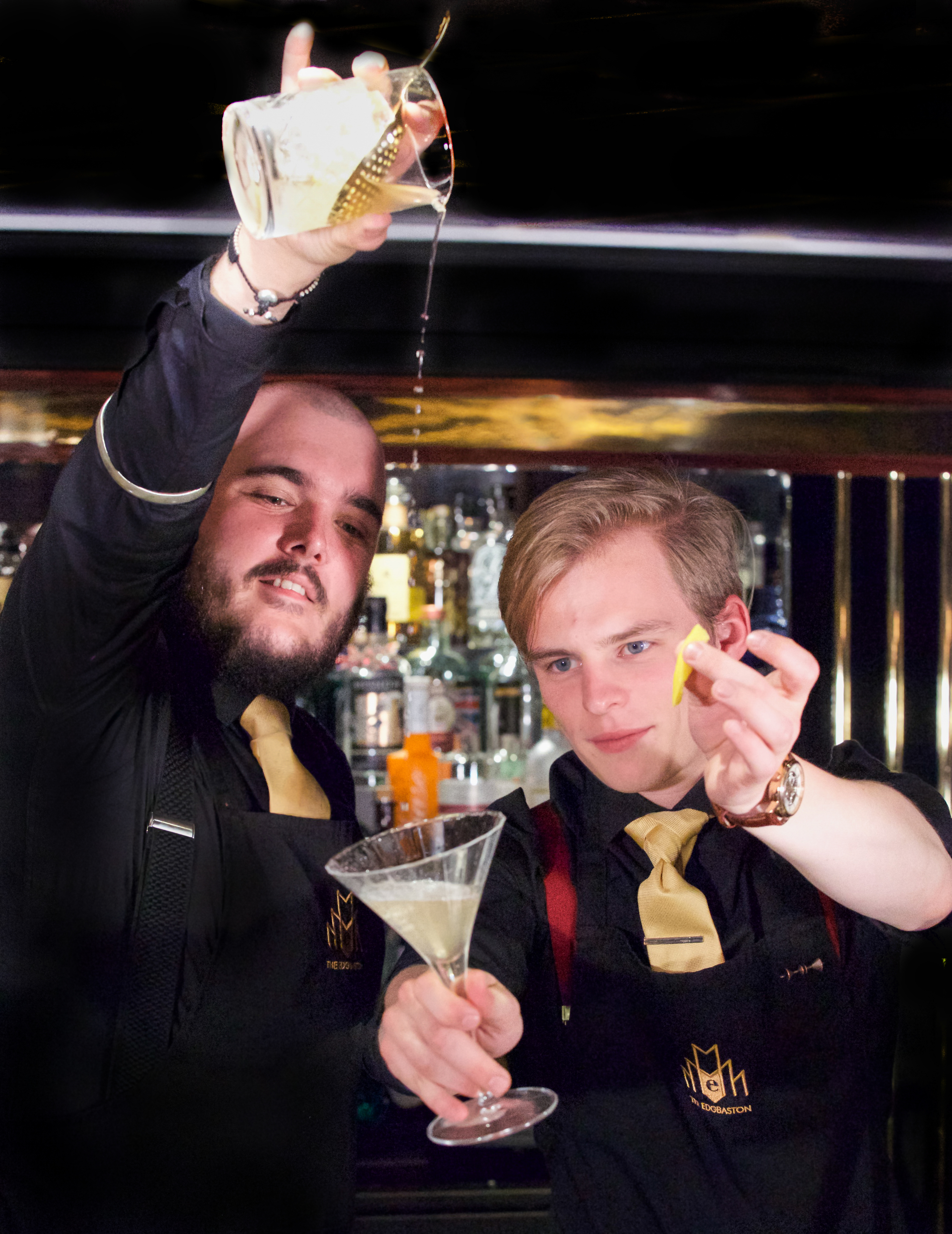 Last week saw the Diageo World Class GB Semi-Finals and our boys James Bowker and Thomas Matthews found themselves flying through to the GB finals in June! World Class is undoubtedly the most prestigious cocktail competition in the world, with over fifty countries represented at the Global Finals, which this year will be held in the city of spice – Mexico City. To secure a spot at this incredible competition you must first win within your country, a fiercely fought battle in itself.

To get to this stage, Thomas and James had to create a cocktail that fit into ‘future trends’ for the food and drinks industry and present it to one of the visiting World Class judges. They both decided to be a little adventurous and each made a mini menu of three cocktails rather than just one, to showcase the diversity of their creativity with regards to the brief. Tommy’s drinks explored ways to make whisky more approachable to people who might usually drink white spirits, where James opted to explore the links between food, drinks, memory and emotion by creating drinks tailored to particular memories with different family members. Both of these ideas won the judges over, because they were then selected to be a part of the GB semi-finals, marking them both as being in the top 50 bartenders in the country!

The semi-final is a fully packed day of challenges designed to test every element of bartending, where contestants face up against their peers and the most talented spirit sorcerers in the country from some of the most famous bars in the world to try and prove their mettle. Each year these challenges change, so despite James having been successful last year everything was still on the line and up for grabs…

Thomas recalls “I was a bag of nerves when I woke up, but I knew we had both put the work and research time in”. The night before James and Thomas had been up until the early hours drinking beautiful whisky and firing off quiz questions at each other. He continues: “It was so great meeting everyone on arrival. 50 of the UK’s best in one room. People I look up to and massively respect. I needed a quick cup of tea to settle my nerves!”.

The first challenge was a test of the bartenders’ knowledge of vodka. It began with a blind tasting of six vodkas and contestants had to work out what the vodka had been made from (potato, wheat, rye, etc) and what precise brand it was. This was followed by written tests on the process of distillation, the history of the vodka category and the history of Ketel One vodka. An incredibly tough challenge, especially in a category where the history is so contested!

Up next was the Road to Jalisco challenge, again comprising three parts. First, the boys had to blind taste four tequila cocktails in order to work out what classic cocktail they were, which tequila was used to make it and what extra (and unusual!)  ingredient had been added. Then, they were blindfolded and asked to identify 12 indigenous Mexican ingredients by taste alone. Finally, they had a creative challenge of using weird and wonderful Mexican products to make a cocktail to blow the judges’ minds. “You think you move fast on a Saturday night, but then out of nowhere you’re having to move at twice that speed in order to make the best drink of your life using ingredients you’ve never seen before…I cut it pretty tight on time!”, James chuckles.

Finally, the chaps had to do a speed round. Classic cocktails were drawn from a hat and they had to be made perfectly in five minutes, with faultless technique and absolute cleanliness. Not the easiest thing to do when you’re speeding through a Bloody Mary, and throwing it from one tin to another no less! And to top it all off, you’re expected to be the perfect host and entertainer for the judges! Thankfully, our lads are speedy!

The competitors then headed to the afterparty for the announcements, where it was announced there’d been a tie so an extra person was going through and both of our bartenders James and Thomas got through! To quote Thomas:

“It’s hard to describe how we felt when they called our names. James was called first, then my name was called last…so many emotions hit me at once! All I knew is that I wanted to make my way to the front and pick James up – we did it!

Whilst reflecting the morning after, I said to James ‘Remember when we left the hotel yesterday morning, you said we’re going to have three trophies in the bar instead of one. Well, we did it’!”

Indeed, we are the only bar in the country to have two bartenders in the Diageo World Class GB Finals this year. We are so proud, and what a testament to Birmingham this is!

The Edgbaston Boutique Hotel & Cocktail Lounge is an independently owned boutique hotel situated in Edgbaston Birmingham, of almost 3 years old. For further details please do not hesitate to contact me