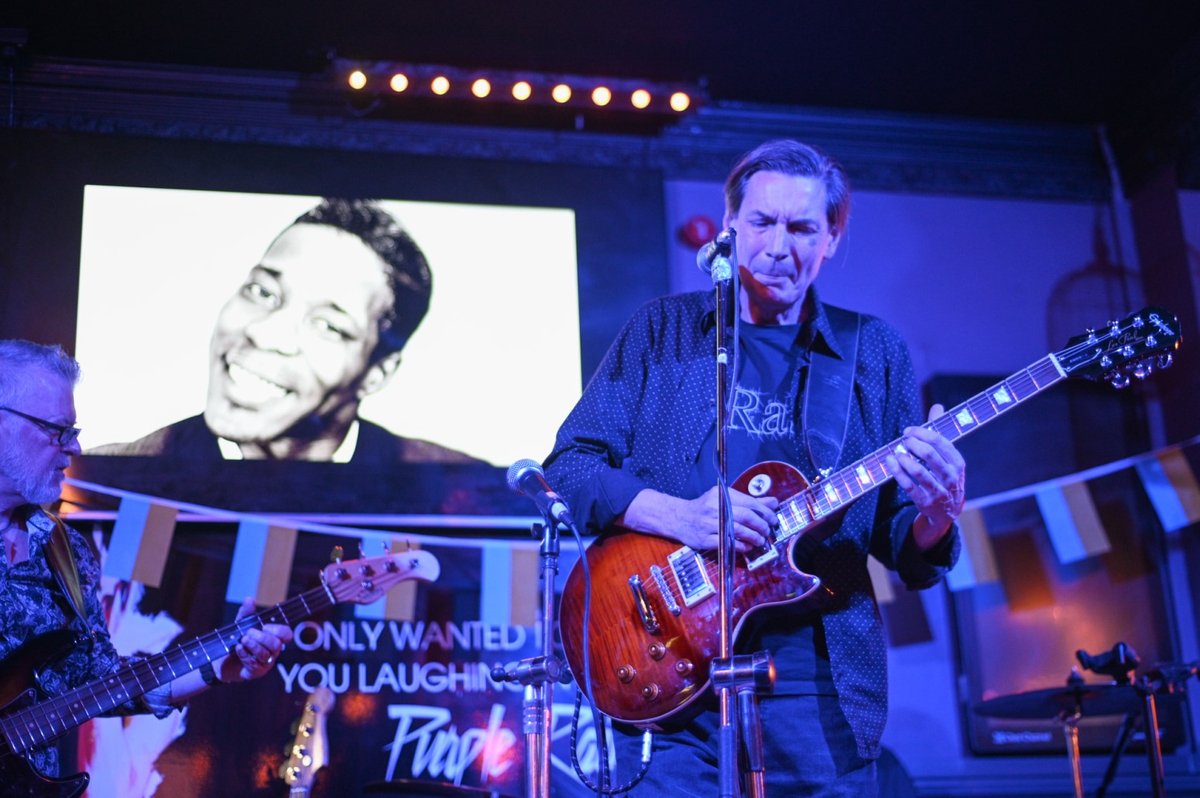 Henry’s Blueshouse at Velvet Music Rooms on Broad Street continues into May with its weekly free admission programme of live rocking and rolling Blues every Tuesday.

It’s a swift return to Henry’s for the Leicester and Derby-based Shakedown Brothers, one of the bands that donated their performance to Henry’s Blues For Ukraine in early April, an event that raised £3825 in one evening for the Disasters Emergency Committee Ukraine Appeal.
Known until their recent name-change as The Gearjammers, they deliver a meaningful programme of the lesser-known songs of such blues stars as Albert King, Buddy Guy, Howlin’ Wolf and Grey Allman as well as their own material.

Chickenbone is known as The Godfather of The Cigar Box Guitar, making these authentic early blues instruments as were played by such blues greats as B.B. King and Lightnin’ Hopkins at the beginning of their careers. Chickenbone was the star of the BBC TV documentary ‘Cigar Box Blues’ and is a leading performer on this instrument.

Ricky Cool is a blues and rhythm & blues legend who fronts his band, The In Crowd, singing and playing harmonica and saxophone and recreating the music of the 1960s Flamingo Club. Chickenbone John and Ricky were two of the 23 musicians who appeared without fee at Henry’s Blueshouse Ukraine fundraiser.

To say that Melvin has been around the block is something of an understatement having toured in Europe, the U.S.A and even Costa Rica as well as appearing alongside Tony McPhee, Savoy Brown and Canned Heat – a career he describes as “the two decades of rock and roll drenched in psychedelic rain”. His current album, “The Half Time Orange” is enjoying impressive radio time.

Bob Wilson is something of a guitar hero hereabouts, having served with the Idle Race, Steve Gibbons, Ruby Turner and many top Birmingham blues and rock groups over the past decades, while singer and harmonica star Honeyboy Hickling has recorded with Bo Diddley and appeared with Noel Gallagher, Midge Ure and Paul Weller and has a catalogue of albums under his own name.

When the arrival of Covid caused the break-up of the much-loved 58s Blues Band, Chick seized the opportunity to reform his original stone blues Rollin’ River Band who had earlier enjoyed success with their “Hoodoo River” album. They made their Henry’s debut in December and a rebooking was a no-brainer.

Henry’s Blueshouse at Velvet Music Rooms is at 200 Broad Street, B15 1SU.