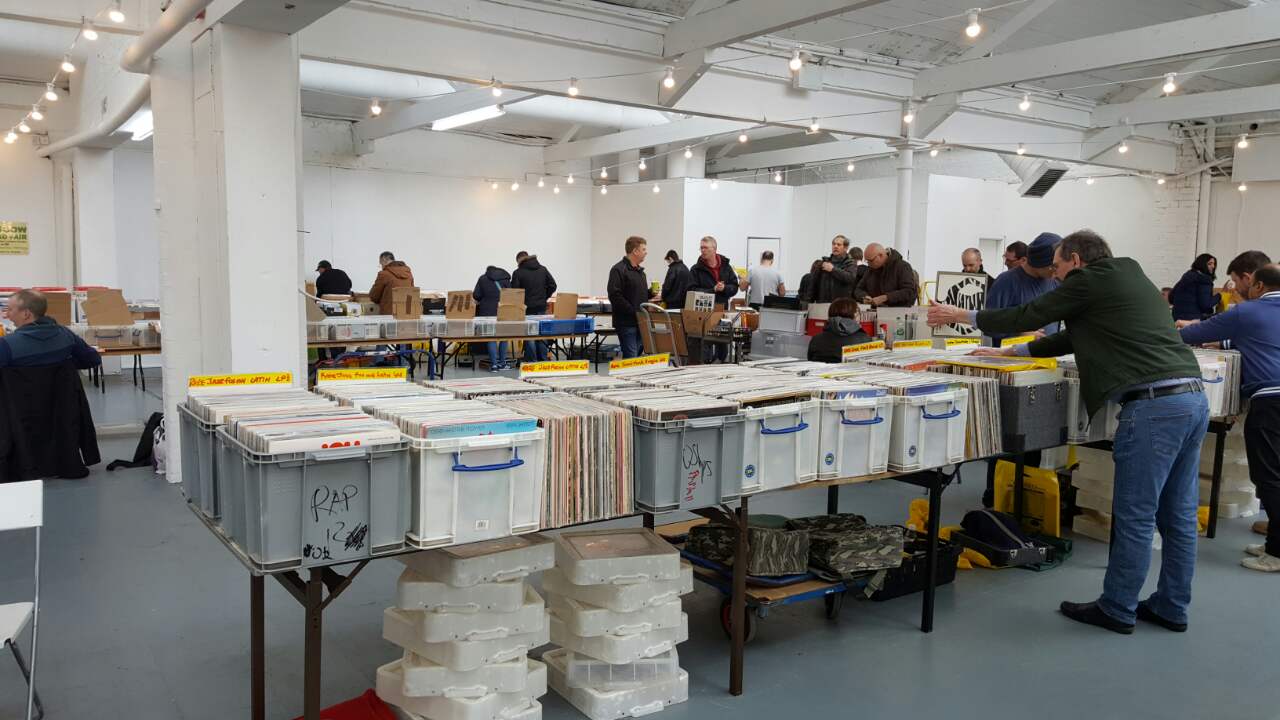 The VIP Big Brum Record fair was back again in Digbeth and this time in The Custard Factory. Returning in all its glory, the fair had an expansive, impressive display of records for avid collectors to browse through. Spanning from the 1940s to the 21st century and including genres, such as rock, soul, indie, pop and even movie soundtracks, this year’s fair suited anyone with any music taste.

The fair started at 10am and we payed £3 each for admission. At this point it was quite busy, however after 1pm it was free admission and it got a lot busier. I’d say it is definitely worth paying the admission fee to be there earlier as we got first pickings and the records were selling pretty fast!

Not only was there an endless amount of vinyl’s to peruse through but there were stacks of CDs, rare memorabilia, famous autographs, limited edition books and eye-catching posters to plough through. Also on sale, there were vinyl cases to store all of your records and a selection of sleeves to keep them clean and protected.

My boyfriend and I snapped up 9 vinyls in total (6 LPs and 3 Singles) which only came to £23, can’t grumble at that. Amongst those I managed to find my favourite 40s band The Ink Spots and their ‘Greatest Hits’. I was buzzed about this as it is really hard to find in music shops. We also got a Eurythmics album featuring the classic tune Sweet Dreams, a Phil Collins Serious Hits LIVE album, a Duran Duran album, an ELO album and a Bryan Adams and an Iron Maiden single.

The only thing which I can moan about is the layout of each seller and their collection of vinyls. As most boxes were stacked in pairs, one behind the other, it was difficult to keep stretching and trying to reach the boxes at the back. I noticed that people were only searching through records right at the front, leaving the back collections scarcely touched.

Overall, the atmosphere was welcoming and there was a fantastic array of rare, quality records at great prices. If you missed it, don’t worry the fair will be coming back to the Custard Factory on the 20th May, the 12 August and the 11th November. So make sure you are first in line to grab your all-time favourite records!
For more information about the Big Brum Record Fair, visit http://www.vip-24.com/venues/the-big-brum.htm.