Published by admin On February 5, 2016 Leave a response 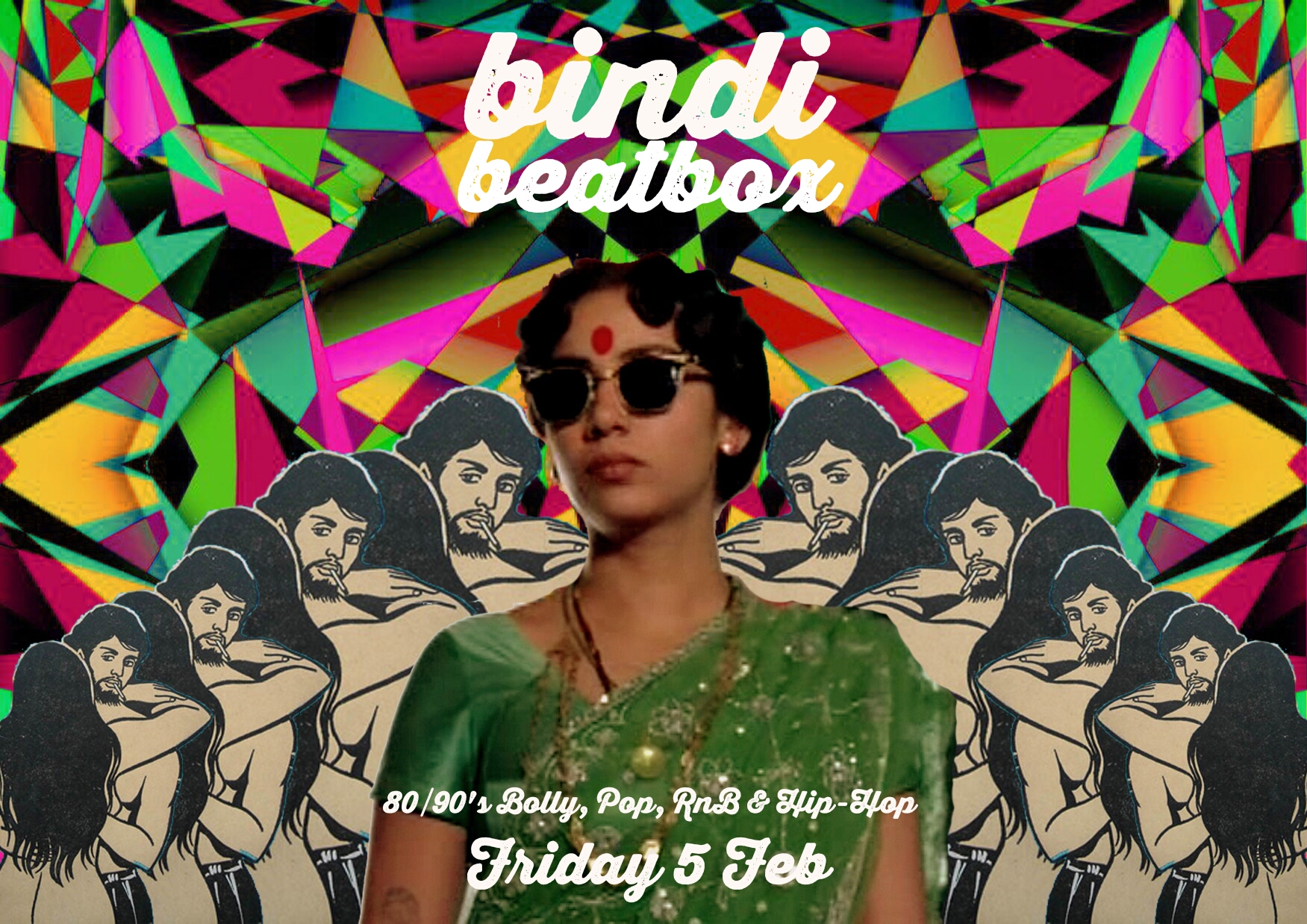 There is a Sound that Never Goes Out: 80/90’s Club Night launches.

Have you lately taken to wearing ludicrously oversized denim jackets with bindi’s across you forehead? Formed an unhealthy obsession with shoulder pads and cried into a pillow listening while listening to Like A Prayer by Madonna? Have gobstopper-sized gold earrings, tight perms, pom-pom dresses and gold chains, been sending you into inappropriate paroxysms of ecstasy?  Not to worry, welcome to the 1980/90’s Darling’s! Too long derided as the decade in which good taste was on point and freedom of creatively and independence style took over, the 80/90’ss are now experiencing an over-due revival in Birmingham, spearheaded by the launch of new club night Bindi Beat Box.

Kicking off on Friday 5th February, at The Soho Rooms, Bindi Beat-Box presented by Shaanti and Funkshaan, two leading promoters will be slamming anthems from the giants of Bollywood Movie Era including Sholay, Taal, Naseeb and Disco Dancer alongside Asian Club Classic’s. Hip-Hop will be spun back and forth, as their Dj’s will be putting the needle on the record on Eric B & Rakim, Missy D, Lisa Lisa & The Cult Jam, DJ Kool, OPP and Naughty By Nature. For those who prefer 80’s – 90’s  R&B be sure  Soul II Soul, En Vouge and Mark Morrison  will be burning down the house!

Bindi Beat Box will be sure to induce levels of excitement crazy enough to rival Sri–devi and Anil Kapoor’s multi-hued mullet.

Growing up in the 80’s, being British Asian meant if you saw Madonna and Parveen Babi you almost definitely skipped a heart beat. It was the perfect culture clash of Indian Pop and Fashion intertwined with mainstream Pop and Fashion.

Parveen Babi represented the Bohemian Indian woman, her unconventional western looks drew attention and subsequently featured her on the cover of Time in the year of 1976, which was titled as Asia’s frenetic film scene representing her as the face of the modern Indian woman. She became the first Indian movie star to appear on the magazine.

Meanwhile, Madonna, The pop icon was discovered and elevated to her most popular days in the 1980’s. Her style was the most copied and sought after look. After all, Madonna was omnipresent in 80s culture, appearing on TV in many music videos, on the big screen in movies, on cassettes in every home and car, and in concert.

In the 80’s she started the layered look, with shirts and coats and more shirts. A lace shirt was often worn over another shirt. Or a sweatshirt with an oversized neck or cut off sleeves was worn over a smaller shirt.

The Soho Rooms is the cities latest new eastern inspired Cocktail Lounge boasting over 12 Private Booths, so you and your friends can have table service while you dance and party. There is also a very luxurious feel to the place with a Outdoor heated Shisha Lounge! Contact us if you would like to reserve a booth.

Advance tickets £10.00 – We strongly suggest you buy in advance as its capacity is very limited.