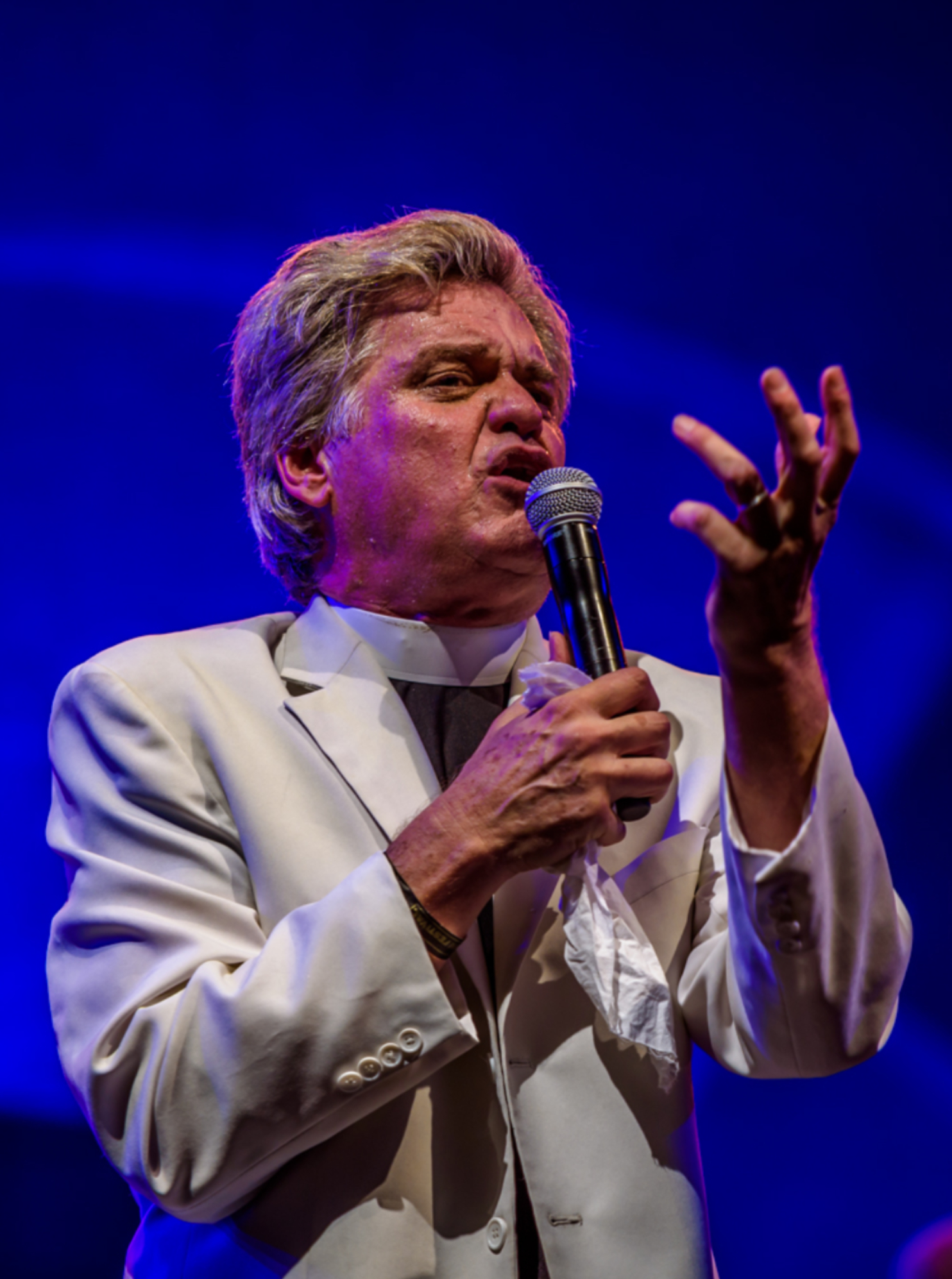 Amongst the guests definitely not on the invite list to the COP26 International Climate Change Conference in Glasgow are New York based Reverend Billy and Savitri D. But they’re turning up anyway. With their 25-strong Stop Shopping Choir, celebrating the 20th anniversary of using songs and diversity at the forefront of resistance. The ensemble’s arrival in Glasgow for the final days of the conference will be the climax of their Earth Riot 21 UK tour.

The environmental activist singers bring their joyful, radical music for the Earth for a short UK tour, visiting Colchester, Norwich, London, Birmingham and Liverpool, as well as Glasgow. It’s a defiant response to our climate change emergency. At each stop on the tour they will meet with local activists and campaigners, discuss local environmental issues and launch appropriate actions.

The Church of Stop Shopping have been entertaining doomsayers at the forefront of climate change activism and anti-consumerist direct action for 20 years. They have toured the world (including a crossing the USA opening for Neil Young) with their cloudbursts of rhythm, melody and message. Their shows are a triumph in performance. The associated activism and interventions are a benchmark for civil disobedience and direct action.www.revbilly.com

In those 20 years they have kept their secular faith, trespassing while singing, and:

Reverend Billy said ‘If COP26 does its job there will be no need for a COP27. But will it? The earth is facing total environmental crisis, extinction is real, extinction is nearly here. The choir shall be singing for the Earth and the radical action that our beloved planet now requires. International meetings should never again be paid for by climate criminals. The Earth is our government, our religion, our economy. The Earth is controlling our lives because we couldn’t control our consumption. It’s time to join the Earth riot! Stop Shopping!’

While the choir are principally based in New York, Earth Riot 21 will also introduce the newly formed and inspiring London Stop Shopping Choir, minimising the carbon emissions from their journey. In fact the tour has been declared carbon neutral with its carbon footprint offset by investment in certified offsetting schemes.

‘the Church’s honesty, passion and lack of cynicism is inspiring’ The Guardian

Savitri D is a native of New Mexico, with a background in dance and experimental theatre. She co-founded the Church of Stop Shopping after 9/11, creating a secular church service that combined joyous choral music with stagecraft. In New York, Savitri is a leader among earth and neighborhood-defendiing activists.

Reverend Billy Talen is an actor, performance artist and activist who began his experimental preaching in Times Square in 1998. Soon singers were accompanying his ‘retail Interventions’ in chain stores, shopping malls and on the streets.

Reverend Billy and Savitri D are very entertaining, witty and erudite interviewees. Billy is in the UK from 30 October. Contact Steve Forster as above for interview opportunities, review tickets etc. High res images can be downloaded from www.sfppr.co.uk/downloads

“We must love one another or die.” Village Voice

New York/London choir led by the charismatic Rev Billy come to the UK to celebrate their 20th anniversary and sing their joyful, radical music for the Earth to the attendees of the COP26 International Conference for Climate Change.