Located in an old sports hall beneath Utillita Arena (previously the NIA), MeetspaceVR have taken advantage of this unique underground bunker to create one of the most exciting, dynamic virtual reality gaming arenas in the UK.

There are two large open spaces, one for the smaller virtual reality gaming experiences, with licensed drinks area and the full scale VR Arena.

Take your friends, colleagues and family inside the game, your body is the controller and your brain believes it’s real. Get ready to blow your mind! This is not your usual VR.

From terrifying Zombie apocalypse shoot-outs such as the multilevel next-gen zombie shooter Undead Arena with advanced storytelling, ultra-realistic zombies and an epic final boss battle.. to mind boggling virtual reality escape rooms such as Escape The Lost Pyramid, an escape game in Virtual Reality, taking place in the world of Assassin’s Creed Origins.

There is something for all ages and abilities, however, the more advanced games are not for the faint hearted, from solo experiences to couples, to one-on-one and small groups fighting for survival, expect real life back packs, pump action gaming weapons, virtual reality visors, headphones and a games master to help you navigate virtual reality worlds.

The VR game types on offer include:

Warehouse scale free roam VR. Where you can play with up to 8 people all in the same game, competing or co-operating to survive your mission.

Your bodies become the controllers and your minds believe it is all real!

Each experience is a larger-than-life adventure that would be far too dangerous or just impossible to live in real life.

Explore Together. Taken on immersive challenges in teams of 2 or 4. Instinctive and Immersive. Escape reality not just a room. Can you escape and set a record time? Challenge friends and family and move up the leaderboard.

These VR escape games are built around co-operation between players. VR Escape Room games span generations, interests and backgrounds, they are not just for gamers.

A huge library of games to lose yourself and your friends in an arcade frenzy. Set a high score, set a leaderboard, immerse yourselves in a whole new arcade reality.

Challenge Each Other. Up to 4 players at a time can play, swap and enjoy the best in competitive socialising.

All bookings must be made 24 hours in advance. All bookings are private, you only play with your own booked bubble.

You can give your friends and family the ultimate virtual reality experience with a meetspaceVR e-gift voucher. Our e-gift cards can be used to book any session in any venue (Nottingham, Wembley and Birmingham).

Ample parking next to the venue (beneath the arena). 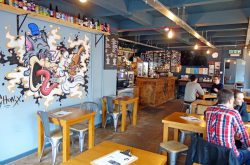 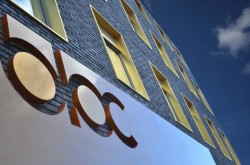 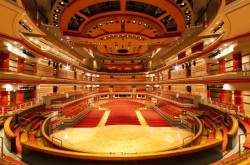