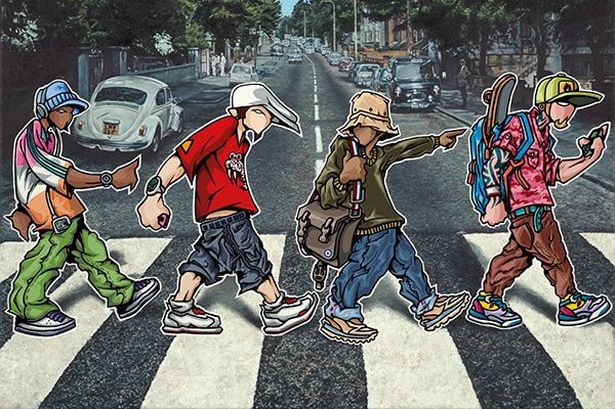 A collection of rare artworks with custom-made frames from Birmingham based graffiti artist Temper are available at Castle Fine Art, ICC from 17.07.15. 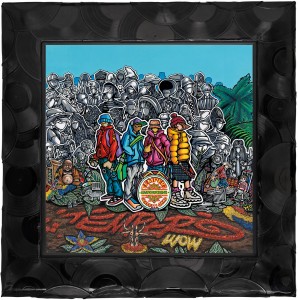 All ‘cover:versions’ pieces can now be purchased with a bespoke frame created with disused vinyl records, made by Birmingham casting company CMA Moldform. Using 36 records to create the mold, the handmade frames each take three days to create and were designed by Temper to complement his music inspired collection. A range of original pieces painted on individual vinyls will also be available to buy.

Graffiti artist Temper, who was signed by Birmingham based art publishers Washington Green in 2014 – joining its diverse portfolio of innovative contemporary artists – explains his inspiration behind the series:

“Album covers were like an art gallery to me as a child, they had a magic about them that would transport me to another place; it provided me with a playground for my creativity.

“By looking at an album cover I could simply escape into its environment and it would really excite my imagination. These journeys would provide me with a playground for my creative mind.”
Temper is one of the most successful and talented graffiti artists of his generation, after picking up a spray can at the age of 10. With a studio in the Jewellery Quarter, Temper continues to push the boundaries of his genre – his ‘cover:versions’ collection merges photorealism with his famed ‘B-boy’ characters, used throughout the artist’s graffiti career. 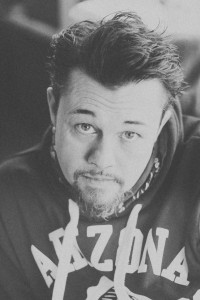 “Temper is an artist who is continually evolving, challenging himself, breaking the mould and redefining his genre collection after collection. In ‘cover:versions’, Temper skilfully marries the old and new, combining his free hand ‘traditional’ graffiti with detailed figurative work reminiscent of the old masters and breath-taking photorealist landscapes.

“Washington Green Fine Art was founded in Birmingham in 1986 so it’s great to be exhibiting work from local artist with such a connection to the city.”

From a self-taught graffiti writer to an internationally acclaimed artist, Temper was the first graffiti artist ever to be awarded a solo show in a major public gallery (Birmingham Museum & Art Gallery, 2011) and has delivered headline grabbing commissions for Saatchi & Saatchi, the BBC and Cola-Cola among other names.

How the frames were made…